Here Are 24 Cancer Rappers & Their Birthdays 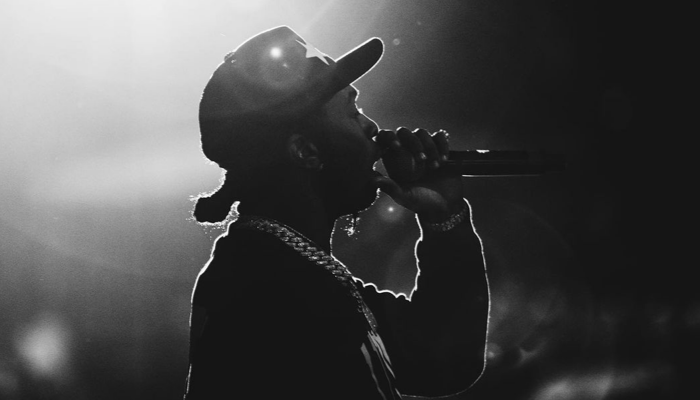 We’re halfway through July and that means we’re in the middle of Cancer season! Born between June 21st and July 22nd, Cancers are often compassionate, humorous, loving, but also moody individuals. Well known for their ambitious and artistic tendencies, many people born under the Cancer sign have gone on to become great rappers. From MF Doom to Pop Smoke, these emotionally driven rappers have capitalized on the nature of their sun sign to claim their spot in hip-hop history.

We’ve compiled a list to shine a light on the best born under the fourth sign in the Zodiac. Join us as we countdown our favorite 24 Cancer rappers (in order of their birthdays).

Underground rapper Autumn! has put his Cancer tendencies on full display in his music. The 24-year-old is both a rapper and a producer and his songs encapsulate his moody nature and sense of humor.

Canadian Cancer bbno$ (pronounced as “baby no money”) is both aware and proud of his Zodiac sign. In a snippet for his unreleased song “Better Man,” bbno$ raps, “Yea, my sun sign Cancer, its a bed cramper/I’m a big romancer, get her french fries.”

Hip-hop icon Missy “Misdemeanor” Elliott has been using her Cancer vibes to amaze audiences since 1991. Fully aware of the softer, nurturing side of her zodiac sign, on Beyonce’s “Signs,” Elliott sings, “The way he holds me close yeah/Sensitive as a Cancer.”

As she is about most things, Cali rapper Saweetie is proud of her sun sign and loud about it. On Loui’s song “Talkin’ Bout,” Saweetie raps, “What’s your sign? I’m a Cancer/Body built, like a dancer.” Also known to be compassionate and ambitious, Saweetie exudes Cancer energy.

Emotionally intelligent, hard loving, and a known go-getter, Vince Staples is a classic Cancer sign. On his song  “AYE’ (FREE THE HOMIES) from the album RAMONA PARK BROKE MY HEART, Vince raps about the complicated relationship between his star sign and his love life, “Bitches want to know my zodiac/Every time I fall in love, baby do me bad/Givin’ up while I woulda gave it all I had/I would never chase the cat, rather chase a bag.”

Twelve Carat Toothache artist Post Malone’s Cancer tendencies are evident in both his music and lifestyle. Known for bearing his soul on emotionally charged tracks like “I Fall Apart” as well as smoking over 40 cigarettes on “a good day,” Posty is a Cancer icon.

Best known for his contributions to Chicago drill music in the early 2010s, Windy City rapper and Chief Keef’s cousin Fredo Santana was a more lowkey Cancer sign. In textbook Cancer form, Santana retreats from romance on his song “Tell Nobody,” when he raps, “Don’t want no Cancer (You don’t want no Cancer baby)/Shawty wanna be wit the romantic, I ain’t wit the romantic.” Sadly, he passed away in 2018. RIP.

Living legend The RZA is amongst the ranks of most talented Cancer rappers. Leader of rap group Wu-Tang Clan, RZA is known to be protective and fiercely loyal—both distinctly Cancer sign traits. On his track “Fast Cars,” from his album Birth of a Prince, RZA raps, “She blowing’ up my horn, bitch ain’t try’n to answer/Bobby Digital, Zodiac sign: Cancer,” claiming his zodiac sign with pride.

Although seemingly uninterested in his Zodiac sign, Royce Da 5’9 is a Cancer through and through. In a Funkmaster Flex Hot 97 freestyle, Royce spit, “I don’t know astrology, I just know I’m a Cancer male/Eatin’ south of France, he who doubts the man can’t prevail.” In addition to clearly stating his sign, 5’9 goes on to subtly showcase his bold and ambitious Cancer nature.

An important member of both Wu-Tang Clan and Czarface, Inspectah Deck is another hip-hop Cancer icon. The Uncontrolled Substance rapper is known to be loyal and protective of his fellow rap cohorts.

New York rapper 50 Cent is another textbook Cancer. On his song “Animal Ambition,” 50 raps, “I roll it up in public, I’m a Cancer, man/Smoke it out in the open like I’m in Amsterdam,” highlighting his zodiac’s unique sense of humor and unwavering ambition.

Cancers are often emotionally driven and selfless, especially with family and friends. On his track “Weekend in Atlantis” Jaden raps, “I’d love if you’d answer, my baby/You know I’m a Cancer, emotional.” Known to wear his heart on his sleeve, Jaden Smith is a perfect embodiment of these traits.

Lil Kim is yet another talented Cancer from New York. Lil Kim is fiercely loyal and defensive, notably spending a year in prison for perjury after lying in testimony about a shooting involving a friend of hers. Talk about solid!

Rich the Kid’s Cancer nature shines through in his discography and personality. The New York born rap act ambitiously pursued his trap music career in the early 2010’s, working with modern trap/rap icons such as Migos, Young Thug, and Kodak Black as early as 2014. The rapper was also called a crab (or crabby) while beefing with Lil Uzi Vert back in 2018, coinciding with the symbol of the Cancer sign.

After some controversy surrounding the late artist’s actual date of birth in 2020, Madlib’s manager Eothen “Egon” Alapatt confirmed DOOM’s birthday to be in July, not January as fans had previously thought. That means DOOM is a Cancer, not a Capricorn, with Egon noting DOOM and Madlib always had Cancer/Scorpio chemistry about them. Emotionally intelligent, relentlessly ambitious, and an amazing lyricist to boot, it seems obvious now that DOOM was clearly a Cancer.

Jim Jones was a more coy Cancer than most. Putting up a hard outward persona in an effort to protect themselves emotionally and mentally is a common cancer trait. Notably, the Harlem rapper released a song called “Emotionless” in 2006.

A true Cancer, Kevin Abstract relies on his strong understanding of his emotions to create relatable, often humorous or tragic portrayals of his life in his music. Detailing the tragedy of a Cancer’s love life Kevin raps on Brockhampton’s “JESUS,” “Remember when I was trippin’ off some wack shit/When I thought the automatic had an answer?/When I was jammin’ out Beyoncé like Sampha/And you broke up with me ’cause I’m a Cancer?”

Another Chicago Cancer rapper on our list, Lil Bibby exhibited Cancer traits in his management of the late rapper Juice WRLD. Even after Juice’s passing, Bibby has remained loyal and protective of Juice’s legacy.

Best known for his rapid rap style and “Ill Mind” series, Hopsin’s Cancer nature shows up in his lyrics. In a track entitled “Happy Valentines Day Alyce,” Hopsin leans into his star sign, falling in love with his partner and rapping, “Will you be my Valentine? Baby let me know/We go together perfectly, the Cancer and the Leo.”

Loyal and protective in true cancer fashion, Gunplay is a core member of Rick Ross’ Maybach Music Group and Triple C. The Texas born, Florida raised rapper shows his Cancer nature through his steadfast loyalty to his MMG label mates and label boss.

D.Savage is a certified Cancer. Although often nonchalant and laidback in person, the “I Know” rapper takes care to imbue his music with the emotions that he has experienced, showing a mastery of emotional intelligence.

Yung Lean proves himself a bonafide Cancer through his emotionally charged lyrics and sound. The Swedish rapper maximized on his signs natural affinity for emotional intelligence by founding the music collective Sad Boys Entertainment and becoming an influential emo-rap and cloud rap figure.

Forever pursuing her passions, M.I.A has proven herself a capable Cancer rapper. Ambitiously borrowing and mixing elements from a plethora of genres, styles, and sounds, the British rap star has been consistently brilliant in her endeavor to create exciting music.

One of the most ambitious young rap acts in recent memory, Pop Smoke was remarkably in touch with his emotions for an artist that focused on making drill music. The New York icon sadly passed away in 2020, but not before dropping the following line on French Montana’s song “Double G,” “I’m dark-skinned and handsome, she like, ‘You a gorgeous little gangster’/She said I talk like a Taurus, but I f-ck like a Cancer.”