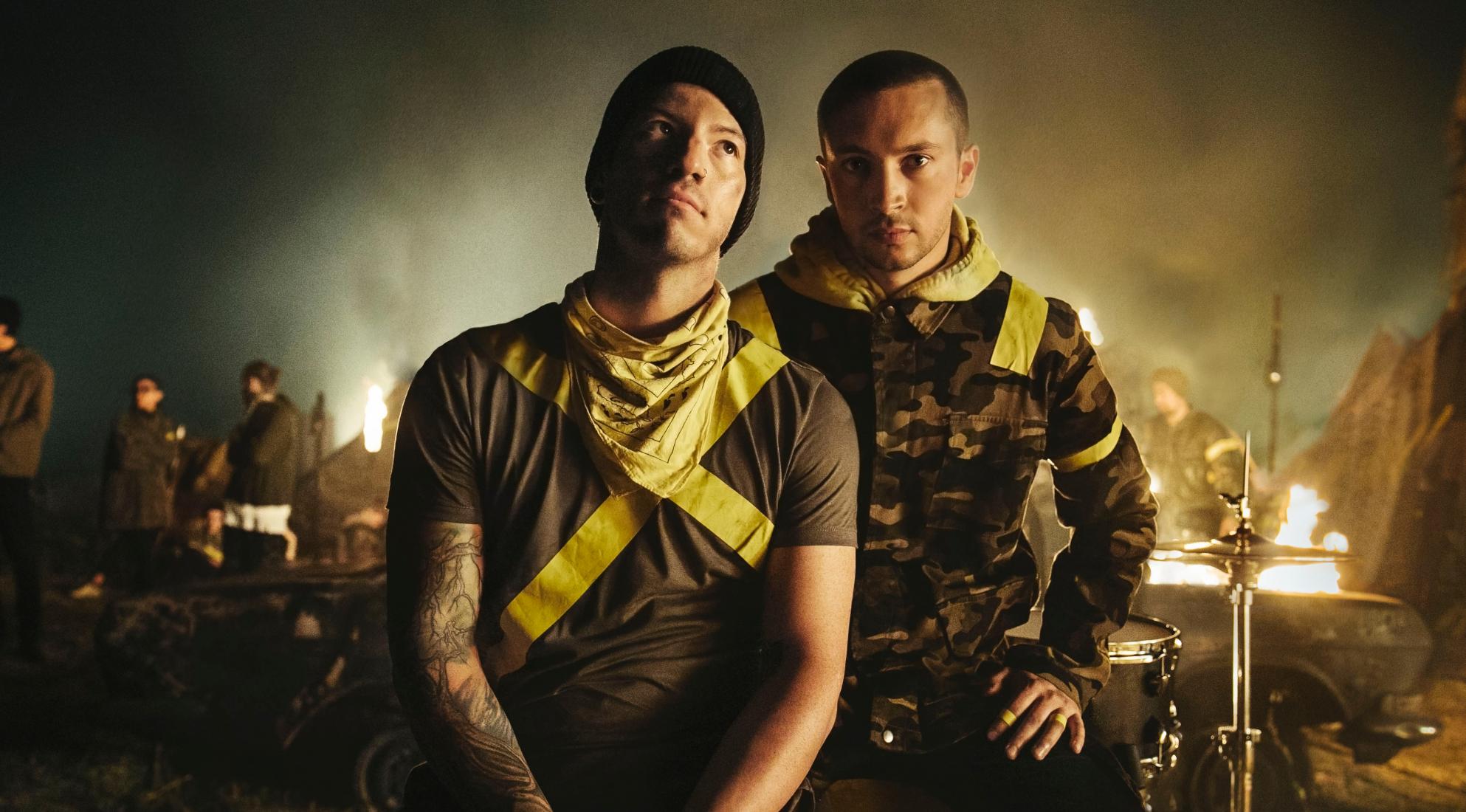 In a year where everyone was staying home to stay safe from the coronavirus pandemic, not a lot of media has been released for fans to consume. Theaters have pushed back dates to moves indefinitely or in a year and musicians haven’t been able to get into the studio to record as much as they used to. This year hasn’t been a total wash. Many of your favorite musicians have actually released songs in 2020.

Twenty-One Pilots got into the studio and dropped their first new song since 2018. The song they released was entitled “Level of Concern.” In the song, Tyler Joseph asks if a love interest will be his quarantine companion. Joseph took to Twitter and stated that the song “Level of Concern” was the first song he wrote completely on electric guitar. He implied that the uncertain times are hard on everyone and wanted to release something upbeat. A portion of proceeds for the purchase of the song will go to Crew Nation which is a nonprofit global relief fund.

The video for “Level of Concern” was filmed at the two musicians’ separate homes. In the video, it shows the two recording their respective parts on a flash drive and mailing it off to each other the old way. What is so interesting about the music video is that fans get a rare glimpse of what it is like for both Johnson and his bandmate Josh Dunn in quarantine inside their homes. You even get to see their respective significant others.

Another group that has been active during the pandemic is OneRepublic. The band had already announced that they were working on an album that had a set deadline in late March. Unfortunately, once the pandemic hit the United States, the band was forced to stay indoors with the rest of the population. Considering they had extra time to write songs, many of those songs were about isolation and the coronavirus pandemic. Frontman Ryan Tedder described the album as cathartic and it seems like a comment on what we are collectively going through in the year 2020.

The album was supposed to be released May 8 but considering the band couldn’t get together to record, they postponed the release. The band stated, “due to the current circumstances requiring us to distance ourselves from each other and you.” Right now the only song that was released from the album is “Better Days” which was written in the midst of the pandemic. The band used fan footage submitted by fans to comprise a music video to accompany the song.

Alec Benjamin who is a rising talent in the music industry wrote “Six Feet Apart” while in quarantine about the current world climate.  The title references the act of social distancing. Social distancing is where you stand at least six feet apart from people at all times.  The song captures what it feels like to be lonely in these uncertain times.  Although it is important that we practice social distancing in order to prevent the spread of the deadly virus, the life-saving act doesn’t make it less lonely. “The vocals and guitars were recorded on my phone and the song was written and produced over FaceTime,” he said. “Hope it makes you feel a little less lonely.”

4. Pitbull Believes We Can Win

There are many different musicians who have been in our lives for decades. Pitbull has been in the music industry for quite some time. He continuously releases hit after hit for movie soundtracks and radio stations alike. The pandemic has not only been isolating but it also can be depressing to sit back and reflect on the good days when movies were being made and we could attend concerts. Pitbull released “I Believe That We Will Win” which is an optimistic outlook on how we will cover come the pandemic and come out on the other side a lot stronger.

Pitbull created the song based on the phrase “I Believe That We Will Win” which he said he heard a lot at sporting events.  The phrase brings a sense of optimism and togetherness.  It makes people come together and work for a common cause. “He told me, ‘Hey, I made a beat to this’ and I thought it was crazy that he was showing it to me because it was literally when the lockdown started and I told him, ‘Man, this is what the world needs right now’,” Pitbull recalls. “I knocked out the record within a day and a half and by the third day, we were ready to put out the snippet for everybody because I felt that that message is needed right now more than ever,” the singer said of the song.

Considering now is a time for those that have the funds and platform to do so to give back, Pitbull jumped at the chance to provide for those in need. The artist announced that proceeds for “I Believe We Can Win” would go to the Feeding America and Tony Robbins Foundation. Considering it wasn’t safe to get out and record a music video on a set with a bunch of people, he asked his fans to submit footage that they would compile and create a video to accompany the song.

Another popular act that has been inspired by the pandemic is A Great Big World and they recently released their song “I Will Always Be There.” The act consists of Chad King and Ian Axel. Considering the pandemic is a pretty isolating experience, it could be potentially lonely for a lot of people. King and Axel use the song as a form of solidarity to express that fans are not alone in their own struggles with mental illness. The song was released in April amidst one of the biggest waves of the virus in the United States. “We know it can be hard to hang on to hope during these uncertain and painful times, especially while so many of us are isolated from each other, the band tweeted. “We hope this video puts a smile on your face…we’re all in this together and will get through this together,” the band said on Twitter.

The video consists of submitted fan footage and the band announced that they would be donating proceeds from the song to help give back to those in need. The cause the band decided to choose is Feeding America because they donated to their COVID-19 Response fund.

Charli XCX is one of the biggest songwriters around. Her creativity could not be stifled during the pandemic.  Instead, she has been working on a full-length album to help herself and her fans see the experience in a more positive light. “For me, staying positive goes hand-in-hand with being creative, and so that’s why I’ve decided that I’m going to use this isolation time to make a brand new album from scratch,” she said on Twitter.

“How I Am Feeling Now” is set for release on May 15 and she has made it clear that there were limited resources going into the album. Since she announced that she has been working on an album, she has been posting videos of her process online.  She also invited her fans to chime in on the application Zoom to discuss what fans like and dislike about the album. Instead of forgetting about her fans and songwriting talents, she let them into her very personal process. The artist also encouraged her very active fans to submit artwork that she would proceed to put in the music video for the song. In April of 2020, the artist released the song “Forever” which included the fan footage the band asked fans to send in.

Charli XCX has made a career off of being a multi-talented multi-dimensional artist. The fact that she is working together with fans is not uncommon.  Considering we are all human in the midst of a pandemic on a scale that we haven’t seen in our lifetime, it’s people like her that truly care that matter. If there is anything to say about the artist is that she cares about the well being of her fans. She believes that they are all growing up and navigating this world together. No one is really alone if they really think about it.

Coronavirus may have changed how we do business, but it hasn’t changed the inherent human desire to create art. We may look back on this year as a surreal slice of our lives that almost seems like a dream, but at least we’ll have a soundtrack to score it too. And if we’re lucky, there are still plenty of hits yet to come in 2020.