Top 10 Rap Songs with the Most Plays of All Time 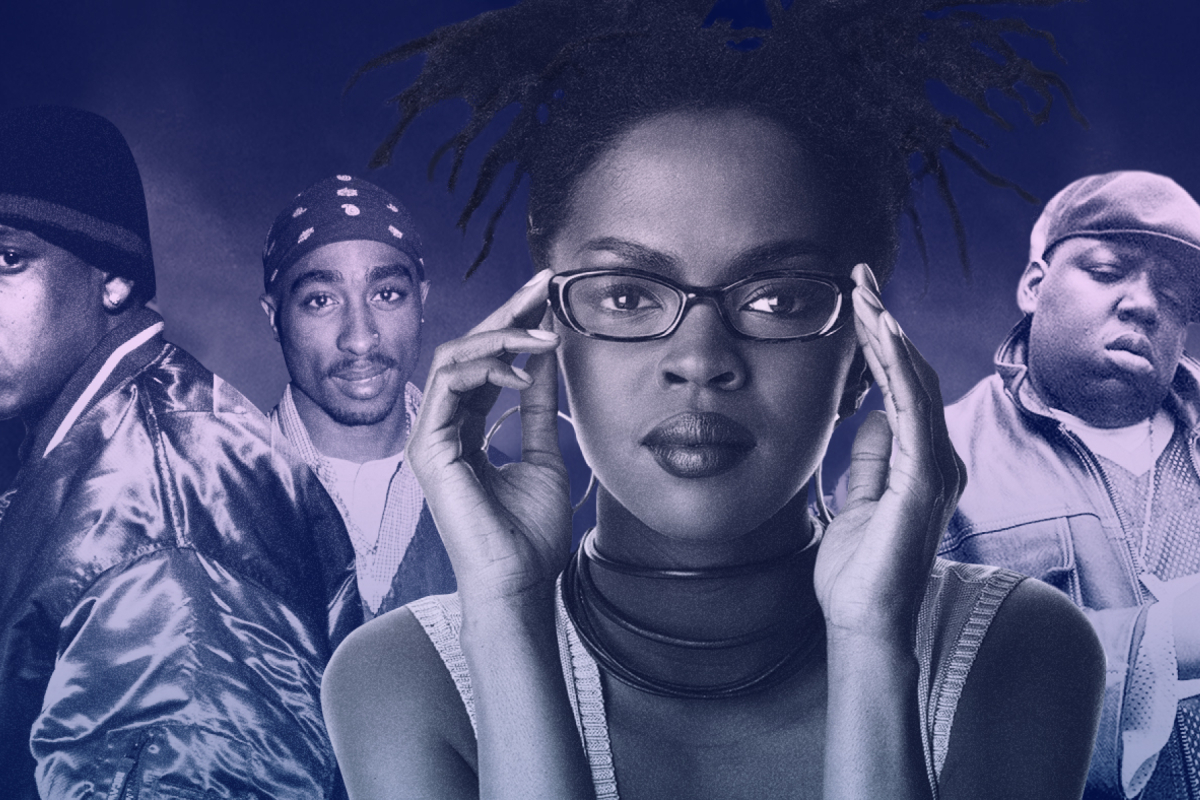 Hip-Hop (or Rap) started in 1973 at a New York City street party. As far as musical genres go, it is rather young, but it has continued to mature and grow into one of the most popular genres in less than 50 short years. It has transformed into a globally dominant genre, and pop music has quickly taken on hip-hop characteristics and artists, in order to stay relevant.

At its heart, rap is the truth about the Black American experience. It is the documentation of the lives led by those who have been historically marginalized, provided in a format that is easily consumed by the public. Although this list is far from comprehensive, it is compiled of ten of the most played hip-hop songs since its conception.

“Dear Mama” is a candid story of a young man and his volatile relationship with his mother. Although they obviously had their difficulties, 2Pac waxes poetic about how much he loves his mother.

According to RapTV.com, “In recent years, 2Pac has become a yardstick for budding rappers. Inasmuch as he was popular for his thug-life tales, ‘Dear Mama’ tells a background story of the events that shaped his reality.” Tragically Tupac was taken from us too soon, but we were lucky that he shared his talent with us.

“N.Y. State of Mind” is by hip-hop artist Nas and was produced by DJ Premier who sampled two jazz songs: “Mind Rain” by Joe Chambers and “Flight Time” by Donald Byrd. He put in some scratched up vocals for the hook and had Nas rap two verses, in which he speaks on his own rapping talent and goes into detail about how dangerous it is living in New York City.

American hip-hop group The Pharcycle released “Passin Me By” in March of 1993. The groups four emcees, Bootie Brown, Slimkid3, Imani, and Fatlip, go into detail about schoolboy crushes that ultimately led to heartache and heartbreak.

“93 ‘Til Infinity blends jazz and funk paired with an internal rhyming scheme. It met with commercial success immediately and reached #72 on the Billboard Hot 100 and #11 on the Hot Rap Singles. Rollingstone magazine had this to say about the hit, “The Oakland collective’s lone hit was a transporting blast of youthful talent.

Over amped-up sax and marimba, A-Plus, Tajai, Opio and Phesto traded flicking, word-spilling vignettes with uncanny exuberance. “Now you have younger generations who were born in ’93,” said Phesto. “They’re like, ‘ ’93 ’til infinity.’ It means so many different things to so many different people.” “

Martin Shkreli sometimes referred to as “pharma-bro”, famously bought a Wu-Tang album for two million dollars so that he could be the only person to hear it. As gross as he may be, he has good taste.

According to RapTV.com, “If you were a fan of rap music in the early 1990s, Wu-Tang Clan is a name that always stood out. The American hip hop group was formed in 1992, and the following year they stunned the world with the album ‘Enter the Wu-Tang (36 Chambers)’. That album is considered one of the best in hip hop history. However, ‘C.R.E.A.M.’ is one of the most-streamed with 110 million views.”

One can only assume that C.R.E.A.M. was playing when “pharma-bro” made his infamous purchase.

Dr. Dre and Snoop Doggy Dogg brought us “Nuthin’ But A ‘G’ Thang” on Dr Dre’s debut solo album “The Chronic.” It reached #2 on the Billboard Hot 100 and outperformed the other singles released for the album.

The Rock and Roll Hall of Fame chose “Nuthin’ But A ‘G’ Thang” to be recognized as one of the 500 songs that shaped Rock and Roll. XXL magazine named it the top hip-hop song of the decade stating, “Dr. Dre and his young protegé Snoop Doggy Dogg would drop an atomic bomb on the music industry with the release of “G Thang” that helped pioneer the burgeoning sound of G Funk, launch the successful, long-standing career of Snoop and powered Death Row Records into becoming the upstart rap record of the decade.”

In 1982 Grandmaster Flash & the Furious Five released “The Message” through Sugar Hill Records. It was the first hip-hop song to provide commentary on society and the stresses of inner-city poverty.

Up to that point, hip-hop mainly featured artists who have congratulated themselves for being the best hip-hop artist or party chants. Without Grandmaster Flash & the Furious Five making the decision to come out with music based on a strong social platform, it is possible that we wouldn’t have had groups like Public Enemy. “The Message” was first written in 1980 by Duke Bootee and Melle Mel in response to the transit strike that year. “The Message” was named the Greatest Hip-Hop song of all time in 2012 by Rolling Stone Magazine, due to it being the first song “to tell, with hip-hop’s rhythmic and vocal force, the truth about modern inner-city life in America.”

“Shook Ones (Part II)” is a song told from the perspective of individuals living in the inner-city and engaging in territorial warfare. Mobb Deep may have been rapping about fighting for their financial gain, but they found their success in the music industry.

According to RapTV.com, “The rap duo (Mobb Deep) is considered one of the most successful, with over 3 million records sold. ‘The Infamous’ album released in 1995 is one of their greatest and the track ‘Shook Ones (Part Ii)’ is among their top three greatest tracks. On YouTube, it has been streamed over 129 million times. Notwithstanding the loss of Prodigy in 2017, the group remains active.”

In “Fight the Power” Chuck D makes a point to state that “it’s just another Summer”, which is a sad truth considering where race relations were in the Summer of 1989. African Americans were in the midst of a continual struggle for equality, while the problems of inner-city neighborhoods were being ignored to a great degree.

While Chuck D and Public Enemy were influential leaders due to their place in the musical community, they were still very young. At the age of 18, they had a strong and important stance when it involved racism toward the black community, but they often had some controversial and offensive views toward women, Jews, and the LGBT community.

Ultimately, their message in “Fight the Power” stretches across these lines and people of every outlying community can relate to that feeling that we need to push back.

“Juicy” comes in at number one by a wide margin.

Biggie gives an intimate view of a Brooklyn origin story which is an in-depth look at his life of poverty, his dreams to ultimately become a rapper, his time dealing drugs, his involvement in crime, his eventual success in his music career, and his over-the-top lifestyle once he makes it big.

There was a bit of a controversy surrounding the production of the song when Pete Rock stated that he was the original writer of the song’s beat. In an interview with Wax Poetics, Pete Rock stated, “Biggie and Sean (Puffy) came to my house one day and the beat was playing on my drum machine. Biggie thought I was making it for C.L. When I told him I was just making it for myself, he immediately wanted it. I said sure but didn’t think much of it. Then, next thing I know, I heard it playing somewhere. I’m over it now though.”

Pete Rock went on to say that he no longer had hard feelings over the song and how it came about; he just wished he had gotten credit where credit was due. Biggie’s rags-to-riches story ended in tragedy during a fatal shooting in 1997. but due to his talent and his ability to make musical gold, Biggie will not be forgotten.

Hip-hop has come a long way from the 70’s street party music scene. The greatest of hip-hop songs have proven to have the power to pull on the emotions of its audience. While listening to hip-hop it is quite easy to feel excitement, anger, to question your feelings, and feel raw. It can make you feel more focused on a common goal or just make you want to dance.