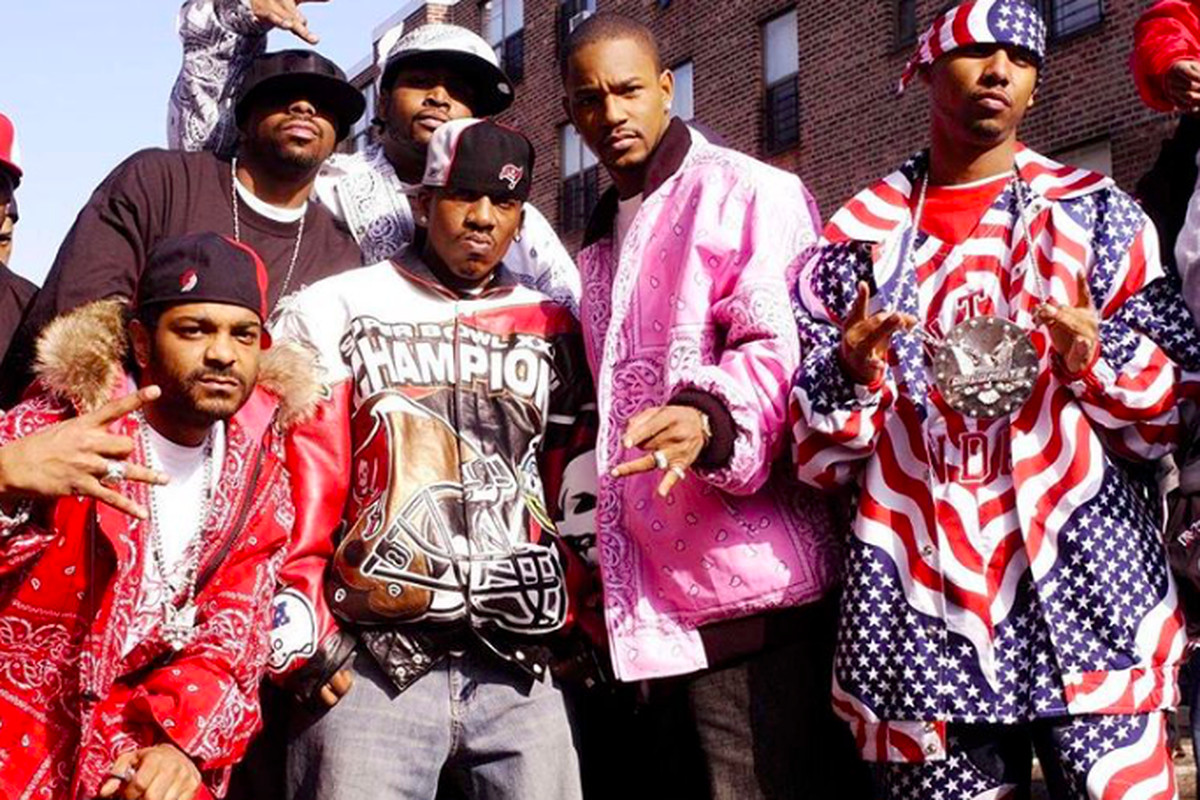 15 years ago we lived in a different world. The iPhone didn’t exist yet, Netflix came to your door as DVDs in paper sleeves, and we were still tending fresh wounds as a country in a post-9/11 society. That year, the following 15 songs were released. Each track made an impact on Hip Hop for one reason or another, so let’s take a trip down memory lane and explore the many reasons why these tracks changed the game.

When Fat Joe and Remy Ma dropped “Lean Back”, everyone pulled up their pants and did the Rockaway. This track had that signature East Coast bounce courtesy of Scott Storch in his prime. It ran the summer and had the clubs on fire. Lean Back hit the #1 spot on the Billboard Hot 100 and stayed there for over a month.

When Skateboard P and Snoop connect, magic happens. Case in point, “Drop It Like It’s Hot”. The double-platinum, number one banger was named the most popular Rap song of the decade by Billboard. Snoop’s Crip Walk and Pharrell’s beatbox over spray paint samples made this song an instant class.

When Kanye sampled a gospel record and made a radio-friendly song about Jesus, he cemented himself as a Hip Hop innovator. With Rhymefest lending his pen to Ye for the some of his most insightful lyrics, “Jesus Walks” would go on to have two high-budget music videos and wins for best male video at the MTV Video Awards and a Grammy for Best Rap Song.

If “Knuck If You Buck” comes on at the club, stand back. This song is the anthem for fighting and to this day it inspires the Hip Hop equivalent of a mosh pit. It helped Crime Mob make a name for themselves and established the Atlanta sound as a dominant force in Hip Hop.

When the sound of jail cell doors slamming shut introduced Akon’s Konvict Music to the world, it was a moment. “Locked Up” was the first time many people heard that classic tag. Styles P hopped on the remix and helped make Akon’s debut a true street record.

Weezy has a lot of hits to his name. 2004’s “Go DJ” was produced by Mannie Fresh and was the second single from Wayne’s classic album Tha Carter. After this release, Wayne was well on his way to becoming a household name. His NOLA sound shifted attention away from Atlanta and made Southern Hip Hop a staple in mainstream music.

At the height of push-back against George W. Bush, Jadakiss released his contemplative song “Why”. His questioning lyrics were supported by some crooning from Anthony Hamilton. The politically-charged content of the song earned Jadakiss some harsh words from right-wing pundit Bill O’Reilly. This led to censorship and some radio stations to ban the song. For real heads, this made the song that much better.

Juvenile’s anthem paid tribute to the Magnolia Projects in New Orleans he was raised in. The video for “Nolia Clap” was shot there and pays homage to his stomping grounds. This record was released by Rap-A-Lot after Juvenile parted ways with Cash Money. The beat even inspired Mos Def to record a version called “Katrina Clap/ Dollar Day”.

When Mase retired to become a preacher, his fans were thrown for a loop. When he announced his return to rap in 2004 after 5 years on hiatus, he did it with the Welcome Back, Kotter-sampling tune “Welcome Back”. Mason Betha proved that he still had it in him with this joint.

Missy and Ciara on Jazze Pha production introduced the world to the Crunk&B sound that had Atlanta artists blending Southern Hip Hop club music with smoothed out Rhythm and Blues. The result was an infectious style of music that kept dancefloors packed. “1, 2 Step” still gets the skating rink lit.

Never Been in Love- Talib Kweli

One half of Brooklyn’s own Blackstar, Talib Kweli has always walked a narrow path between potent conscious music and popular rap. “Never Been in Love” showcased a balanced offering of both. The track was produced by Just Blaze and had a throwback appeal, reminiscent of Doo Wop. Kweli’s The Beautiful Struggle album reached a few more ears because of this song.

Before Drake, there was k-os. The Canadian emcee was on a Digable Planets type of vibe and is song “B-Boy Stance” became a sleeper hit on the underground scene. The jazzy production differed from the majority of 2000s Hip Hop and offered the backpacker break dance crowd something fresh.

Down and Out- Cam’ron feat Kanye West and Syleena Johnson

When the old Kanye wasn’t cooking up classics for himself, he was helping his friends make hits. The beat to “Down and Out” is possibly the best loop Yeezy ever sampled. With some vocal riffs from Chicago songstress Syleena Johnson and Killa Cam’s swaggy flow, this joint was dripping with Hip Hop soul that brought the East Coast and Midwest together in perfect harmony.

What U Gon’ Do- Lil Jon and Eastside Boyz

Lil Jon proved he was the Godfather of Crunk with “What U Gon’ Do”. The simple lyrics over complex production that made you want to dance and/ or fight came to define the genre. His ad-libs and gruff voice became the stuff of Hip hop legends. You know you’ve made it when Dave Chappell impersonates you on multiple occasions.

When rapper Phonte of Little Brother fame met Dutch producer Nicolay on the chat boards over on Okayplayer, nobody knew they would blaze a trail for Hip Hop’s digital age. The song was recorded without the two artists even meeting and the album it was featured on, Connected, was chock-full of feel-good come up struggle bars. “Be Alright” came along at a time much like today, where we could all use a reminder that things are going to be just fine. 15 years later and even with all the change that’s happened, not much has really changed after all.