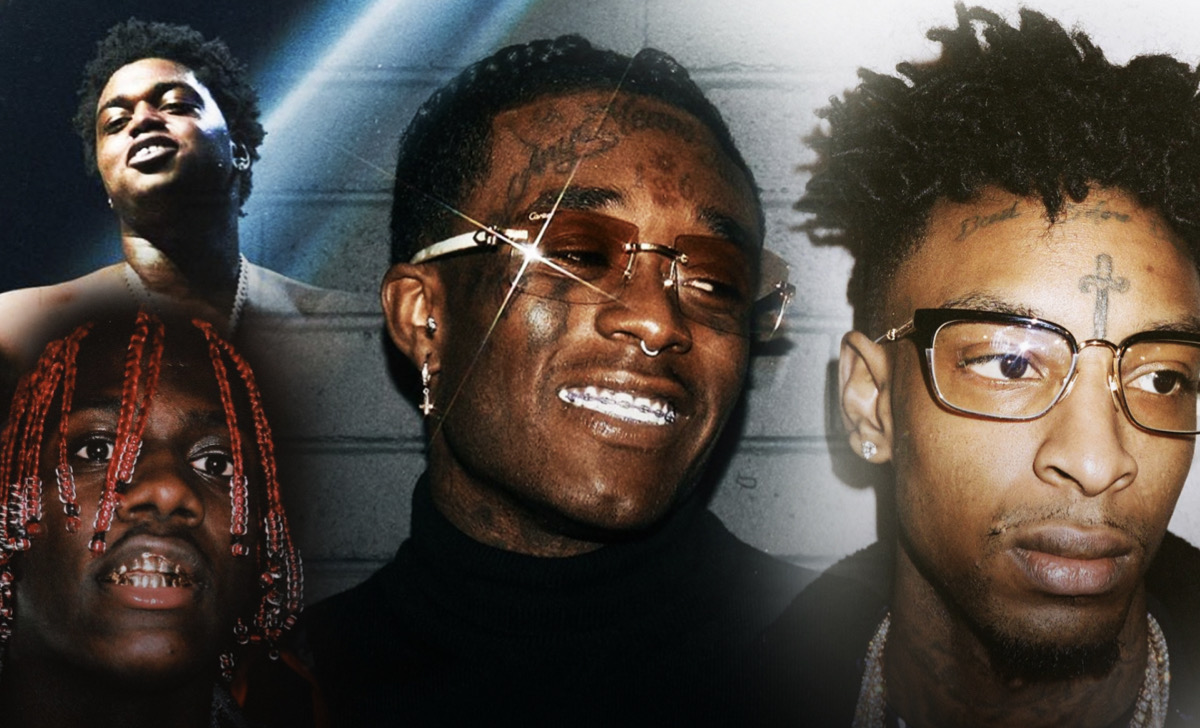 Commonly thought of and declared as the best XXL Cypher Freshman performance, 2016 came with a notable bang. Many of the artists in this list have seriously developed their careers and have moved on to become extremely memorable and common names.

This list and name “freshman list” comes from the history of showcasing unknown/underground rappers, as well as artists considered to be on the rise. This list is most definitely an honor to be included in and it is credited with being a catalyst into the rapid rise of many of these artists’ careers. 2016’s incredible list is likely something you have seen/heard, and most of these artists have since become what you could call ‘popular seniors.’ Let’s take a look at where they are now.

The year 2016 and years nextdoor are considered some of the best for rapper Lil Uzi. Many still consider his 2016 albums “Luv Is Rage” and “Lil Uzi Vert vs The World” to be the best ever created. Following 2016 Uzi was known to have taken quite the pause before coming back to the scene primarily in 2019. Lil Uzi will go down as a legend in the eyes of many.

Lil boat, or Lil Yachty, was already relevant and upcoming in 2016 when he was awarded with the invitation to this performance. Since then Lil Boat has released two very notable and successful albums “Lil Boat 2” and “Teenage Emotions.” Looking closer to the present day, Lil Yachty has focused less on his art and more on taking endorsement deals to keep his cash flow up… likely to continue to enjoy his precious stones and european cars.

2016 was a kickoff to Kodak’s rapid rise to legend status. 2017 was a stellar year for Kodak Black with his release and creation of some of his most famous albums “Painting Pictures” and “Project Baby 2.” Following this incredible year, Kodak famously got himself tied up with the law and ended up behind bars. Interestingly enough, in June of 2018, Kodak Black actually earned his GED while in prison. Fast forward a couple of years Kodak Black has made his way back to the scene with a slimmer profile and new hairstyle.

Anserson Paak has had what could be seen as a more linear growth since his 2016 Freshman List appearance. Paak has made some notable and impressive feats such as his single “Til It’s Over” being featured in a TV commercial released by Apple promoting the Apple HomePod and smart speaker along with his appearance in the 2018 video game, Forza Horizon 4. His song Bubblin was also in the playlist of Madden NFL 19. Since these crazy appearances Paak has brought some more sweet work to the table and he continues to rise in fame and popularity.

Desiigner came from what are seen as more humble roots. Rewind the clock to 2011 and Desiigner was actually shot. Desiigner was participating in gang life and he thought this was going to be his future and way in life. Following his recovery he focused on his music and made it all the way to being included in the freshman list. In 2015, before his feature, Desiigner had released the song “Panda” that blew up the internet. There is a great chance you have heard this hit and there’s even a decent chance your dad has as well. July of 2016 Desiigner released another massive him “Timmy Turner” and since then he has slightly fallen off.

Shéyaa Bin Abraham-Joseph, commonly known as 21 Savage has had an abnormal series of events following his 2016 feature. 21 has amassed an impressive number of Grammy, AMA, and Billboard awards with his incredible talent and releases. 2015 to the present day brought a boatload of award winning albums of 21’s such as “Savage Mode, Issa Album, Without Warning, I Am > I Was and Savage Mode II.” There is a great chance you have heard of at least one of these albums. In the middle of this rapid rise to legend status, 21 ran into legal troubles that nearly found him in Britain; what turns out to be his home country. 21 was living in the United States since 2006 on an expired Visa… at some point it all comes out! Savage’s release and admittance to the United States has brought him back to normal life and we wait to see what heat he has next for us!

Denzel Curry, the 26 year old Florida native comes from an interesting beginning to his career. Through high school Curry was in a relationship that ended following his graduation. This led to Denzel falling into a deep depression. Rising from the ashes some years later, Curry found his feature in the Freshman list. Looking forward on Curry’s career, Denzel Curry’s album ‘Imperial’ was named in the ‘Favorite Rap and Hip-Hop Albums’ list by ‘AllMusic 2017 Year In Review’ chart along with him earning several other awards and mentions for his great work. Today, you will likely still hear his famous piece “SKY WALKER” played frequently. What moves will Curry be making next?

Last on our list we mention the three rappers that did not have as notable changes in their lives. Lil Dicky, G Herbo, and Dave East have all been in and out of the scene. There is a good chance you have at least heard of one of these rappers. These three essentially all are similar in that they have all had a slight fall off since their great honor of a feature on the 2016 Freshman list. We are excited to see what the future holds for these rappers and we are on the scan for what could become great hits from these three.