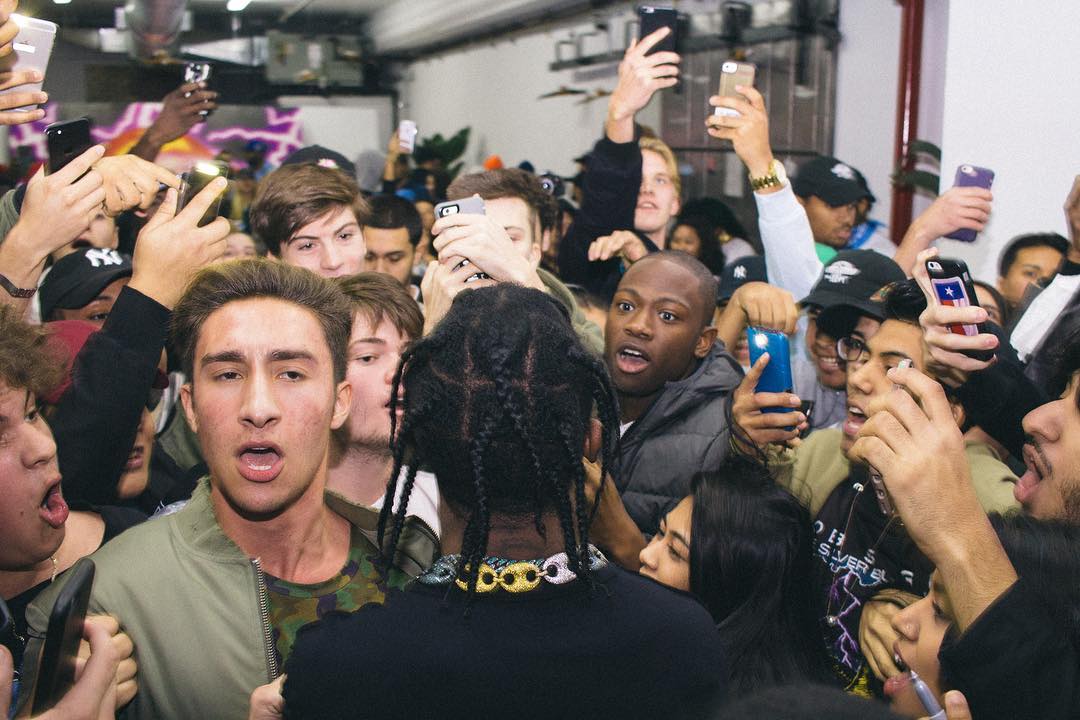 Tragedy struck Travis Scott’s Texas based Astroworld Festival last night (Friday Nov. 5) as Scott took stage. For unknown reasons, a crowd of 50,000 surged toward the stage, according to CNN. The incident occurred around 9pm CT at the NRG Stadium complex in Houston.

As the surge began, panic ensued, escalating the already dire situation and trapping, injuring and killing concert goers who were unable to escape.

“The Crowd for whatever reason began to push and surge towards the stage, which caused the people in the front to be compressed – they were unable to escape the situation,” Houston Fire Chief Sam Peña told CNN.

According to CNN, 300 people were treated on site at a field hospital and 23 were taken to hospitals, eight of whom died from cardiac arrest and/or unknown causes to be determined by the medical examiner. One of the injured includes a 10-year-old who is currently in critical condition and fighting for his or her life.

The tragedy follows a similar catastrophe that occurred in 2019 at the same festival when 3 people were trampled and injured, and also a stampede last night at the VIP entrance that left one injured.

A video of the event shows Travis Scott on stage, looking on in confusion as an ambulance made its way through the crowd and some audience members were attempting CPR on those who had fallen unconscious. Another disturbing video shows some in attendance dancing on a police car as it attempted to push through the crowd and service the injured and dying.

Saturday’s portion of the concert is cancelled and the incident is under investigation.