All the Things Soulja Boy Said He Did First 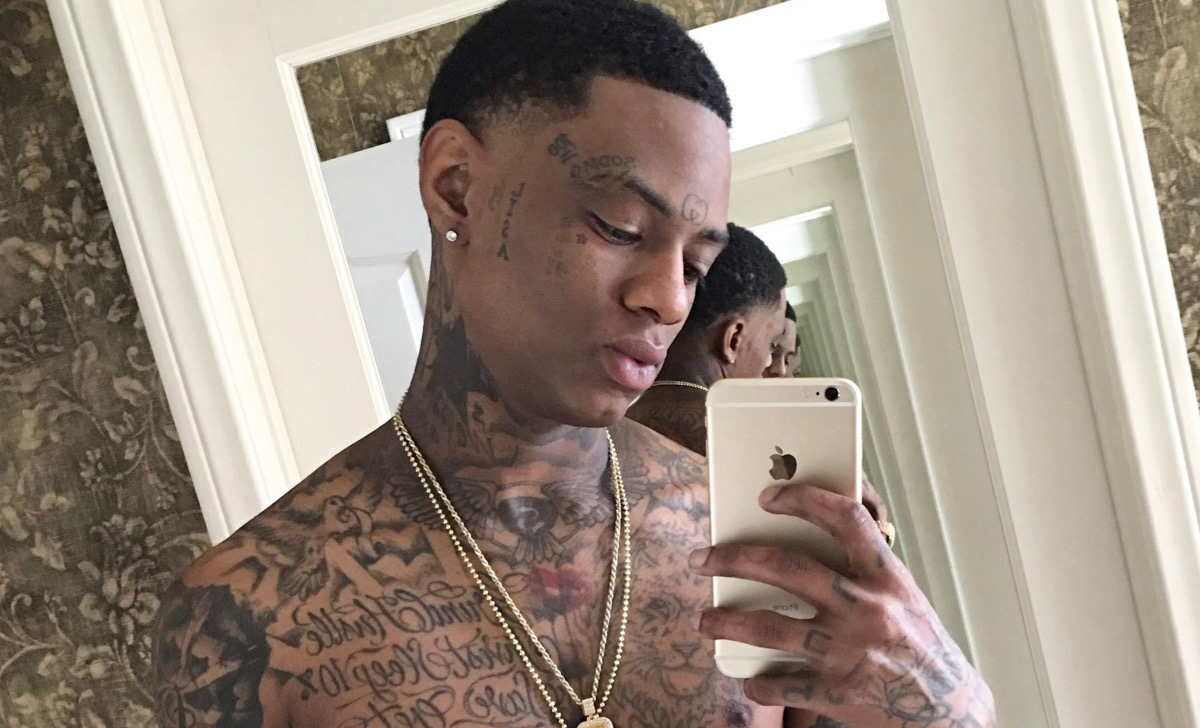 Home » News » All the Things Soulja Boy Said He Did First

In the late 2000s, Soulja Boy was at the forefront of the music industry. Accumulating a multitude of top 10 hits, the rapper would alter not only hip hop but also the media culture forever.

Soulja Boy isn’t done yet though, and his latest track, “She Make It Clap,” has put him back on the charts. And with the recent boxing match between Floyd Mayweather and Logan Paul, Soulja Boy is also in the spotlight on social media.

The “inventor of Logan Paul” is here to remind us of all the trends he has created and the influence he has on new players in the game.

Everyone remembers Souljaboytellem.com as the hottest album of early 2007. But not many people realize he produced the beats for the hits himself.

Using FL Studio, the 16-year-old rapper would generate his whole debut album from standard drums and piano that were already in the app.

No one at the time had ever done this and it was revolutionary in the way future records could be created. There was no need for a producer, meaning all earnings would go to Soulja Boy.

There was also no need for a writer. Soulja Boy knew what lyrics worked even if they were simple and repeated. He had mastered what fans wanted to hear and could publish a song that could sell millions in an instant.

The biggest record from his earliest tape was “Crank That,” which contributed as a #1 song but more importantly as a foundation for dance tracks.

It was a sensation on YouTube, making music videos all the more common for new singers. The track also sparked dance tutorials and showcases, with some collecting tens of millions of views on the site. Wall Street Journal claimed that it was the “biggest dance fad since the Macarena.”

Soulja Boy’s success on the platform commenced the advertising era of YouTube, where creators were now allowed to monetize their videos for a large profit. He was the first known person to do this on the site.

He recounts how he posted his first music video to YouTube only 3 months after it had first launched. He also went on to mention that he set the precedent of monetization across the platform.

Iced-out watches and drip in general were also first thought out by the “Crank That” rapper. With a multi-colored Rolex and a Lamborghini to his name, Soulja Boy was the pioneer of the 2000s style, despite what other artists may believe.

This man’s status as a fashion mogul is not one to be challenged. Soulja Boy has claimed to be the reason anyone wears Bape, Jordan V Raging Bulls sneakers, and even going as far to claim that he was the first hip hop artist to rock a robe in the Versace store.

Many performers wanted to mimic his success and ultimately resorted to copying his fashion and YouTube presence. Not only did they duplicate this, but they also replicated many of his mannerisms, including beefing with others. Nowadays, influencers such as 6ix9ine try to remain relevant by fabricating fights with stars to keep their names engaged on social media.

Soulja Boy was doing this long before everyone. His internet wars with both Ice-T and Bow Wow garnered him attention when no one else wanted it. He would roast rappers’ ages, cars, and even claim that he could end a career if he wanted to.

One thing that internet battles haven’t helped him with though is his alias, “Big Draco.” While everyone can agree that he is the innovator of nearly every aspect of hip-hop, Pooh Shiesty believes that the name is stolen.

Drakeo the Ruler, a controversial young artist out of L.A., has made it obvious that he should be the only one with the name, and other rappers are respecting that. But Soulja Boy won’t back down and believes that he is the “originator of internet rap.” His actual name, DeAndre Cortez, could also be shortened to DreCo, which would further prove his point.

Soulja’s diverse portfolio does not stop there, he embraced his holistic side and launched his own brand of lean “lean.” Each bottle contained melatonin and other natural chemicals that would increase one’s serotonin levels; surprisingly enough they did not include the more traditional ingredients such as promethazine and codeine.

His impact in the space of technology does not even remotely stop there. He created an entire video game console and still has maintained to not have any of his colleagues in the rap game come after him in this business space.

This man is a perfect example of a phenomenon, he has managed to influence one of the biggest brands the world has ever seen. The legend goes in on Apple claiming ‘Kiss Me Through the Phone’ is the basis of ever creating it in the first place.

It is clear Soulja Boy would like to continue his trend of being the first rapper to do anything. He has reached out to Elon Musk for help continuing his legacy and volunteered to be the first rapper flown into space.

All jokes aside, Soulja’s influence and accolades are not anything to make light of. This man has been grinding since he was 16 and he has the resume to go up against many other respected legends in the game.

Using all the aforementioned evidence, it may seem impossible to refute that Soulja Boy is the greatest influencer of this generation. But someone had to inspire him, right? Well, it just so happens that he was influenced by the GOAT–– Shakespeare.

The internet rap creator’s favorite quote, “To be or not to be,” has described his life better than any other possibly could. He is doing everything he can “to be” and puts himself out there to be recognized and wants the merit that follows. Soulja Boy is all deserving of being celebrated and has led the rap game to where it is today.