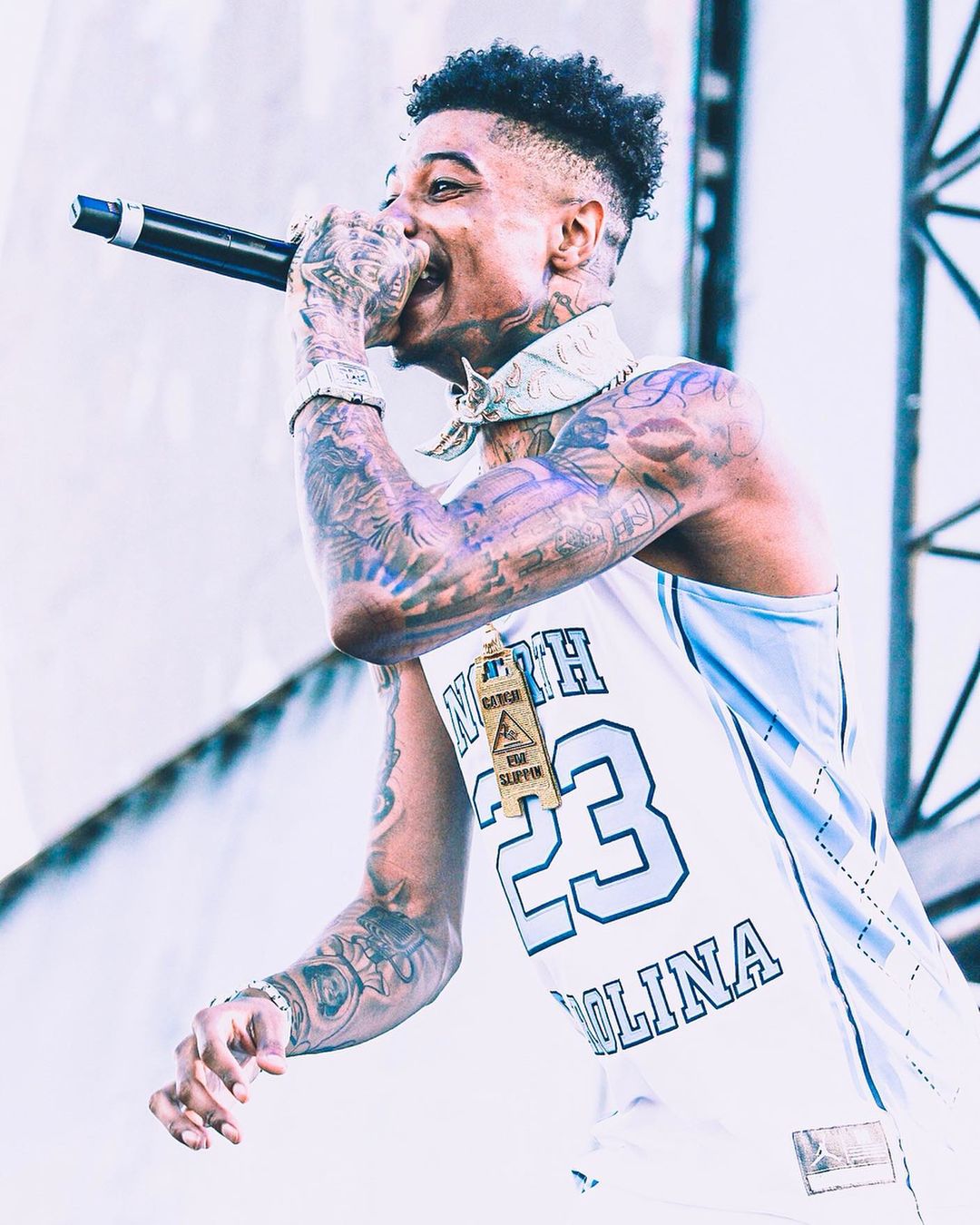 Rapper Blueface was pulled over by police early this morning (Feb 12, 2022), around 3:15 AM, at the intersection of Sunset and Vine in Hollywood, according to law enforcement via TMZ. The rapper was behind the steering wheel of a car containing other individuals when police observed an expired registration on the vehicle.

Upon further investigation, police also learned that Blueface was driving with a suspended license. When police ordered the 25-year-old out of the vehicle, things took a turn for the worse. Law enforcement discovered a loaded gun in the center console and arrested Blueface for possession of a concealed firearm.

Blueface made headlines in November of 2021 when he was arrested and charged with felony assault after beating a doorman at Skinny’s Lounge in the San Fernando Valley, sending the man to the hospital.

The other individuals with Blueface in the car this morning were not arrested.