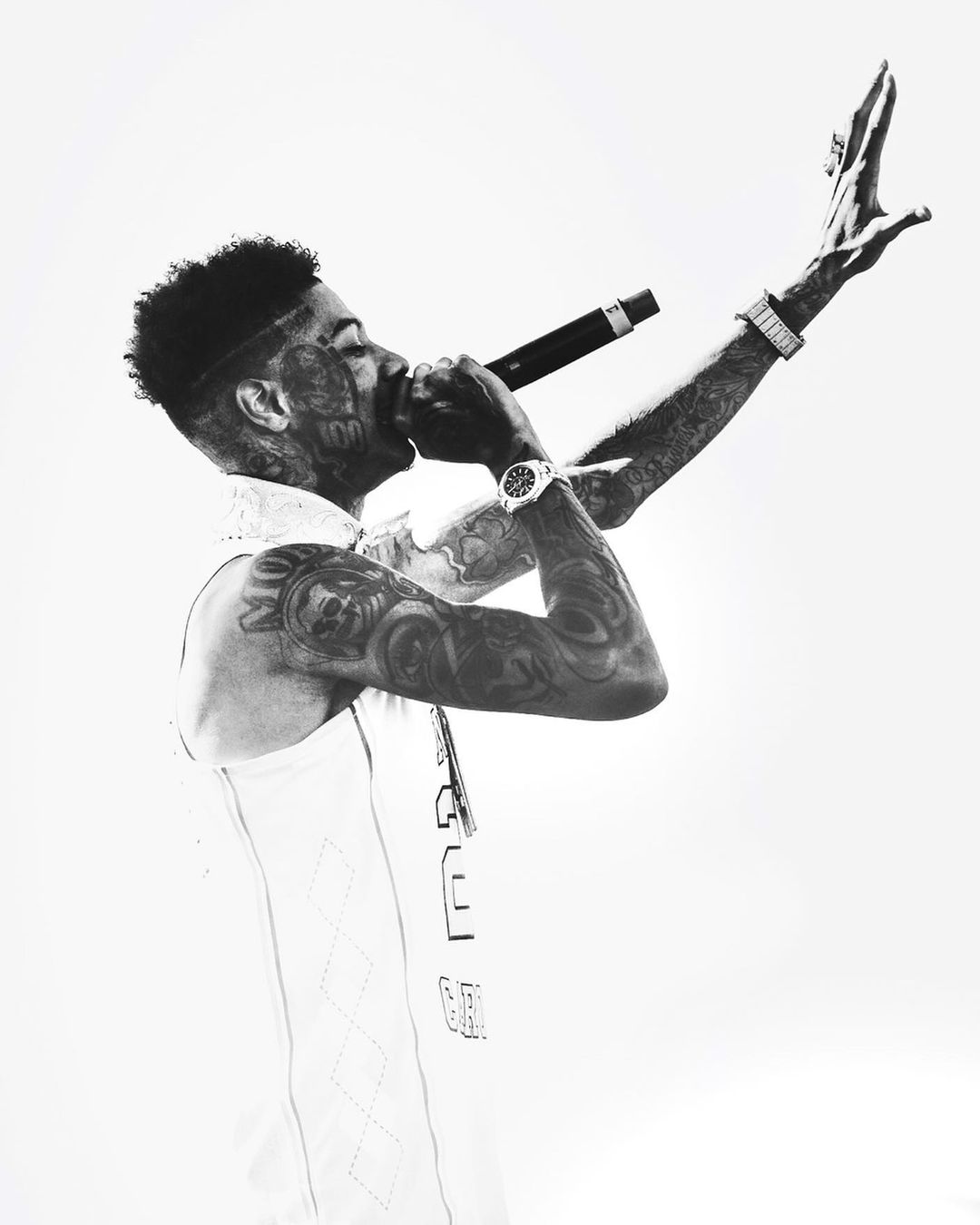 RapTV reported on September 13 (2021) that TMZ obtained and released a video that appeared to show rapper Blueface and two of his associates beat a doorman at Skinny’s Lounge in the San Fernando Valley, sending the man to the hospital by ambulance where he was required to get stitches. At that time, law enforcement took a battery report and opened an investigation but did not make any official charges.

That all changed today as TMZ reported that a warrant was issued for Blueface’s arrest. The arrest warrant charges Blueface and his two coconspirators with felony assault and robbery. Apparently, one of the attackers stole the doorman’s chain as they beat him savagely.

Neither Blueface nor his two associates have surrendered to police.