The Most Notorious Face Tattoos 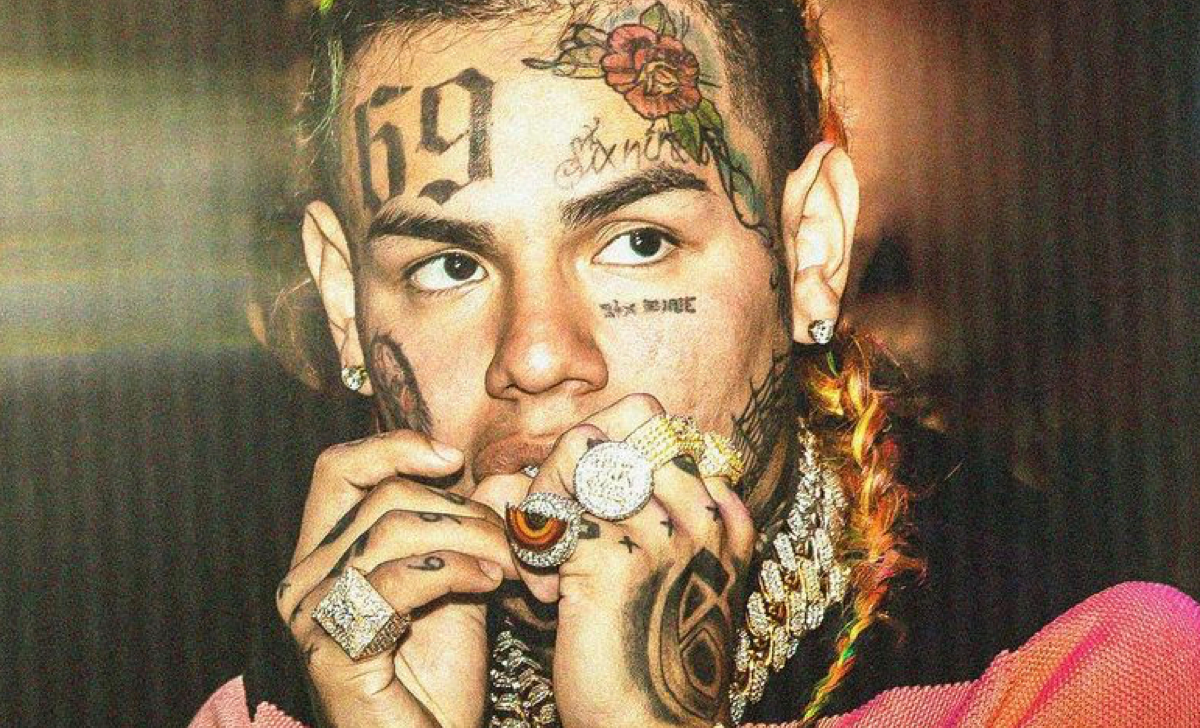 What do barbed wire, the words “Fear God,” and the number seventeen all have in common? These symbols make up, in small part, the infamous thirty-four tattoos dotting rapper Lil’ Wayne’s face. Long known for his trademark face tattoos, the New Orleans rap legend’s extensive influence over multiple generations of hip hop artists includes his style of rap, fashion choices, and now, at long last, his tattoo placement.

Once a social anomaly, these days, it’s almost a rite-of-passage for the up-and-coming generation of rappers to explain the meanings behind their various face tattoos during interviews and television appearances.

More than just an aesthetic choice, face tattoos can also provide publicity boosts for those looking to redefine themselves. Artists like Gucci Mane, Post Malone, and Lil Uzi Vert have all received flurries of press and social media activity after revealing new face tattoos, which, in Gucci Mane’s case, helped boost an album drop. As face tattoos become an increasingly common part of rap and hip hop culture, here’s a breakdown of some of the most notable.

For most of his legendary career, face tattoos have been synonymous with Lil’ Wayne. From his humble beginnings in the poorer side of New Orleans, Lil’ Wayne (born Dwayne Michael Carter Jr.) clever lines and memorable lyrics have left an outsized impact on the world of hip hop.

The five-time Grammy award-winning rapper’s obsession with face tattoos started early on in his career with basic flash sheet items like lightning bolts and barbed wire. Soon, the rapper started adding tats that reflected his personal history, like the number seventeen (referencing his hometown in the seventeenth ward of New Orleans) and the phrase “soowoo” (referencing his membership in the infamous Bloods gang).

Influence on the Hip Hop Scene

After years in the captain’s seat of hip hop, Lil’ Wayne’s influence can be traced in practically every corner of the hip hop scene. In a 2017 interview with Vice, Georgia rapper 2 Chainz explained, “Wayne is a reason that a lot of these people even probably rap or have fans or whatever it is…all this s–t that’s going on, bro was putting that on the mainstream a long time ago.”

When asked if Lil’ Wayne’s influence stretched to the resurgence of face tattoos, 2 Chainz had this to say: “I remember when people were looking at him like he was crazy. Now you almost don’t look right without a tattoo on your face and you a rapper. It’s a lot of stuff though that he did that everybody wouldn’t necessarily agree with, but it worked for him, and it worked for the impact he made.”

While Lil’ Wayne’s face tattoos have earned the artist notoriety and a tough-looking persona, Atlanta-based rapper Gucci Mane shocked the world by taking a different route to notoriety with his 2011 reveal of his infamous ice cream cone. Blazing with three different colors and inscribed with the rapper’s trademark phrase “Brrr,” Gucci Mane’s tattoo garnered a wide range of reactions from ridicule to curious praise for such a bold choice.

Given the tattoo’s arrival just weeks after Gucci’s stint in a mental health facility, many fans wondered if he actually understood the implications of the now-permanent feature. Others, like Gucci’s manager, pushed back, explaining, “[it’s] a reminder…of how he chooses to live his life. Cool as ice. As in, ‘I’m so icy, I’ll make you go brrr.’”

With his heavyweight status in the SoundCloud generation, no one can talk about Texas-raised artist Post Malone without bringing up his iconic face tattoos. While this singer’s flow-writing and melodic credentials have brought him to the pinnacle of the hip hop game, his distinctive face tattoos have made him the outsized figure he is today.

Post Malone (real name Austin Richard Post) broke onto the SoundCloud rap scene in 2015 with his single “White Iverson.” Post’s 2016 debut album Stoney broke the record for most consecutive weeks on top of the Billboard 200 Hip Hop & R&B chart, thus shooting the then 21-year old’s popularity through the stratosphere. At the center of the mystique surrounding the young artist’s success in the new digital landscape were his numerous face tattoos, including the phrases “Stay Away” and “Always Tired.”

While other rappers who have gotten face tattoos cite their personal histories and stories to explain the meaning behind their choices, Post Malone’s explanation for his tattoos is somewhat sadder. In a March 2020 interview with GQ, Post notes that his tattoos are somewhat of a defensive strategy saying, “It does maybe come from a place of insecurity, to where I don’t like how I look, so I’m going to put something cool on there so I can look at myself and say, ‘You look cool, kid,’ and have a modicum of self-confidence, when it comes to my appearance.”

Hopefully, Post’s talent and subsequent musical successes are beginning to convince the artist that his appearance doesn’t define the way his fans see him. No one can deny his impact on the current hip hop and SoundCloud scenes, with thousands of up-and-coming artists looking at his story with hope for their own careers. While the previous generation pointed to Lil’ Wayne when asked about face tattoos, the first name that pops up with the newer generation is Post Malone.

Tekashi69 (real name Daniel Hernandez) is no stranger to wild publicity. Between his stints in prison on federal gun-running charges to releasing outrageous music videos, the 24-year old rapper is always pulling stunts to remain at the center of the world’s attention. Adding to his attention-seeking persona is the “Gummo” rapper’s signature “69” tattoo on his right forehead. While the world didn’t know what to make of the tattoo at first, it’s since become Tekashi’s calling card and one-word signifier.

Thanks to Showtime’s new documentary, Supervillain: The Making of Tekashi 6ix9ine, fans now have a better look into Tekashi’s reasoning behind his trademark “69” tattoos. As GQ breaks it down, “Daniel, has six letters, and his last, Hernandez, has nine. Get it? Spooky stuff. For Hernandez, 6 and 9 seem to represent flip sides of the same coin ― Danny Hernandez, the soft-spoken, kind boy, and 6ix9ine, the dude who did all types of gang-related activity to up his street cred.” While the explanation might be reading a little too far into the *young* rapper’s tattoo choice, no conversation about hip hop face tattoos can avoid bringing him into the equation – which, of course, is what Tekashi has always wanted.

Whereas face tattoos used to mark a rapper as someone to be feared or even questioned, they’re now an indispensable part of the new generation’s brand. Whether just for publicity or to tell a deeply personal story, face tattoos, like their physical location, are front and center as part of the hip hop scene for the foreseeable future.

A Guide to the Tekashi 6ix9ine Documentary Universe | GQ