Conor McGregor and Machine Gun Kelly Get into Scuffle 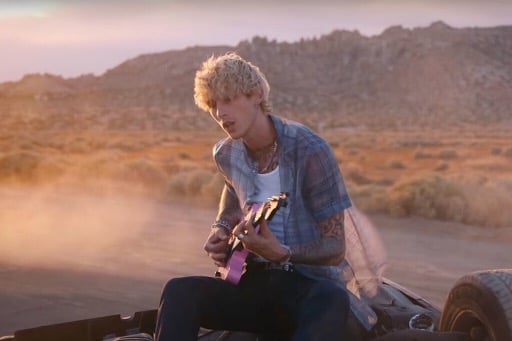 Conor McGregor and Machine Gun Kelly reportedly got into a scuffle Sunday night (September 12) on the Red Carpet of the Video Music Awards after MGK denied Conor’s request for a photo, according to TMZ. After extending his hand to greet the rapper/actor, McGregor reportedly threw a drink at MGK in retaliation for Machine Gun Kelly making an inaudible remark, refusing to shake the fighter’s hand and shoving him, causing McGregor to spill his drink, according to a source for Page Six.

Apparently the retaliatory drink-throw also went in Megan Kelly’s direction, who accompanied MGK to the event, forcing the actress to retreat from the ruckus. Things reportedly began to calm down a bit when each celebrities’ respective entourage came between the two men. But during the calm, HipHopDX reports that McGregor lunged at the rapper a second time.

Notable is the fact that McGregor seemed undeterred by his severely injured leg, even after his cane fell to the floor in the mayhem. McGregor’s rep denied that the altercation took place, saying, “Conor only fights fighters.” But eyewitness accounts and video evidence that surfaced on social media strongly suggests otherwise.

There is no public record of these two men having had any past beef, which makes the scuffle surprising, even to McGregor. HipHopDX reported that Connor could not believe the way in which he was treated. MGK and Megan Kelly even attended McGregor’s UFC 260 fight in Las Vegas, according to HipHopDX.

Neither of the two mens’ camps responded to TMZ‘s request for a statement.