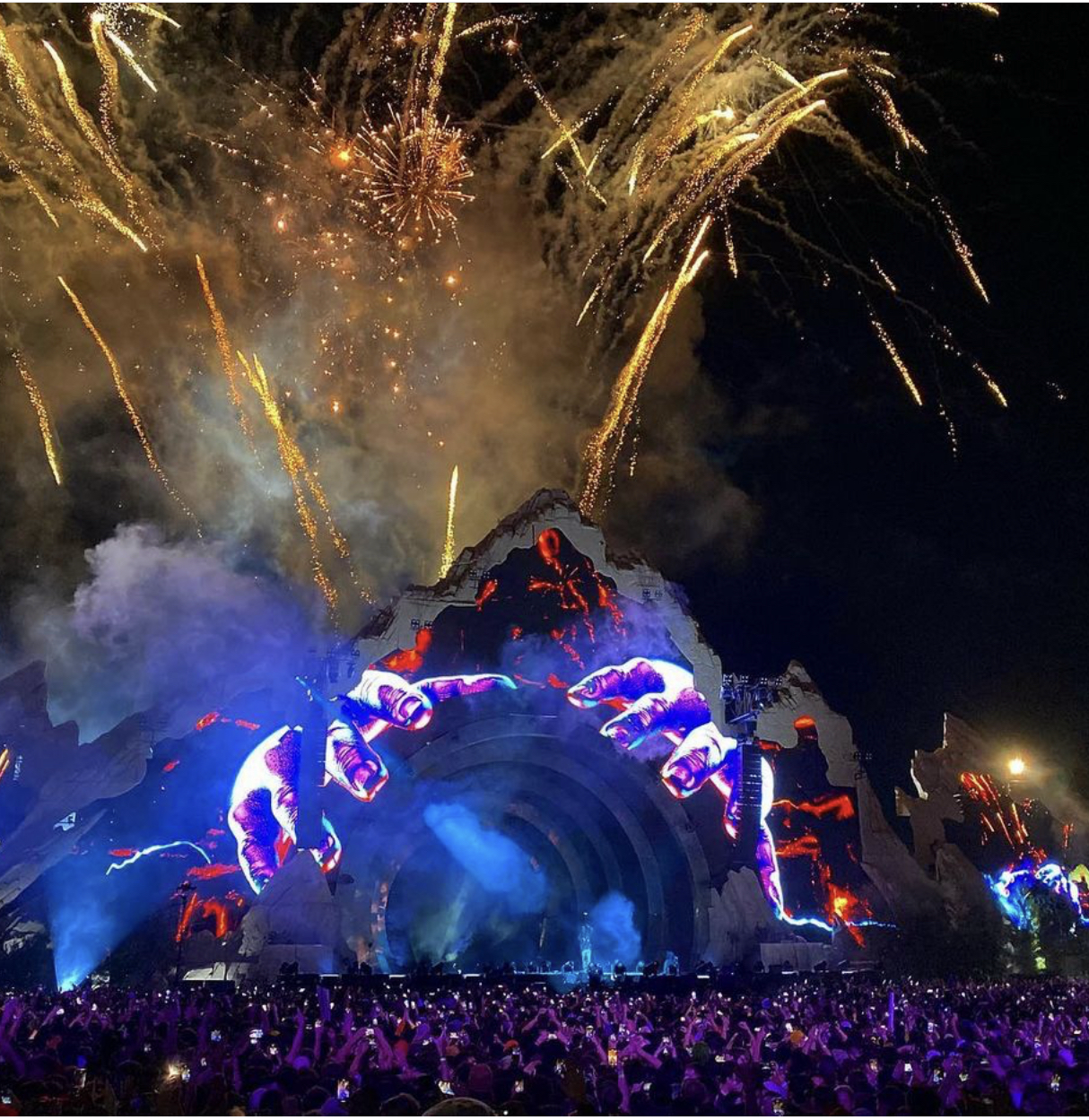 tweet that appears to encourage fans without tickets to sneak into the venue. “NAW AND WE STILL

SNEAKING THE WILD ONES IN,” it read.

emerge and continue throughout the afternoon.

9:30 p.m. Reports surface of multiple people trampled and passed out in front of the stage. An

ambulance responds in the crowd.

9:32 p.m. HFD learns of unconscious female in center of crowd.

9:38 p.m. Officials pronounce the concert a mass casualty incident and Chief Finner of the Houston

Nov 6, 2021: 8 people are confirmed dead and 300 injured as a result of the Astroworld crowd surge. The planned

Saturday performances are cancelled. Thousands of disturbing videos of the Friday night

performance hit the internet. A criminal investigation is underway. The first of many lawsuits is filed,

naming Travis Scott and Live Nation. Other lawsuits follow that include Drake as well. Travis Scott

Nov 7, 2021: News outlets report that the Houston Police Chief spoke with Travis Scott prior to the

Houston officials were aware of a potential volatile situation ahead of Astroworld.

Nov 8, 2021: Travis Scott offers to pay for the funeral costs of the victims and refund all tickets. Scott deletes

Nov 12, 2021: Travis Scott’s lawyer says that Scott was unaware of the severity of the tragedy until the morning