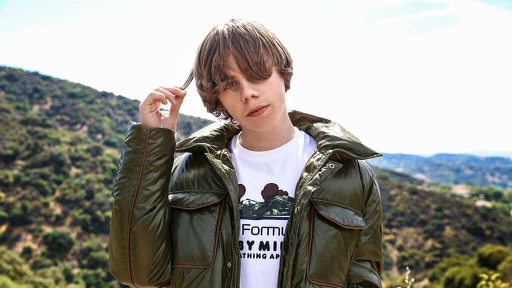 There are typically two sides to every story, and that seems to be the case with a rumor surrounding the Kid LAROI and his missed performance at the Lyrical Lemonade Summer Smash in Chicago this past weekend. DJ Akademiks on Instagram, siting other people’s viral posts on the subject, stated that the Kid LAROI may have been backstage at the Chicago event and did not perform because he was jumped by a group of people outside of his trailer.

However, another artist with a trailer nearby says that the 18-year-old was not attacked, according to HNHH. “Me and him had the artist trailers right next to each other,” said DJ Carnage in response to Akademiks. “I can confirm this is [cap emoji],” he continued. Taking into consideration that LAROI announced before the festival that he had tested positive for COVID-19 recently, the “Stay” artist’s no show may have been health related.

The Kid LAROI has not addressed the rumors.