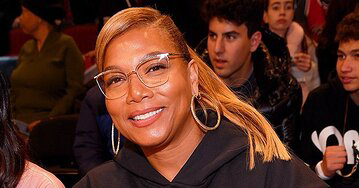 For nearly 17 years, Cesar Millan has been one of the world’s most trusted dog experts and trainers. After all, his extensive K-9 knowledge landed him the Emmy nominated series Dog Whisperer with Cesar Milan which ran from 2004 to 2012 in over 80 countries.

That is why many are shocked to read TMZ‘s reporting that the “Dog Whisperer’s” pit bull, Junior, allegedly mauled hip-hop legend Queen Latifah’s dog to death before Milan attempted to cover it all up.

The incident allegedly occurred at the Dog Psychology Center in Santa Clara, California – a facility that apparently allowed Junior to run the halls unsupervised. After Junior was finished with the Queen’s pooch, Cesar reportedly instructed his staff to lie to Latifah and tell her that her dog was instead hit by a car.

This incident is included in a lawsuit filed by Lidia Matiss, a young gymnastics phenom whose career was cut short when Cesar’s pit bull allegedly attacked her, rendering her legs disfigured.