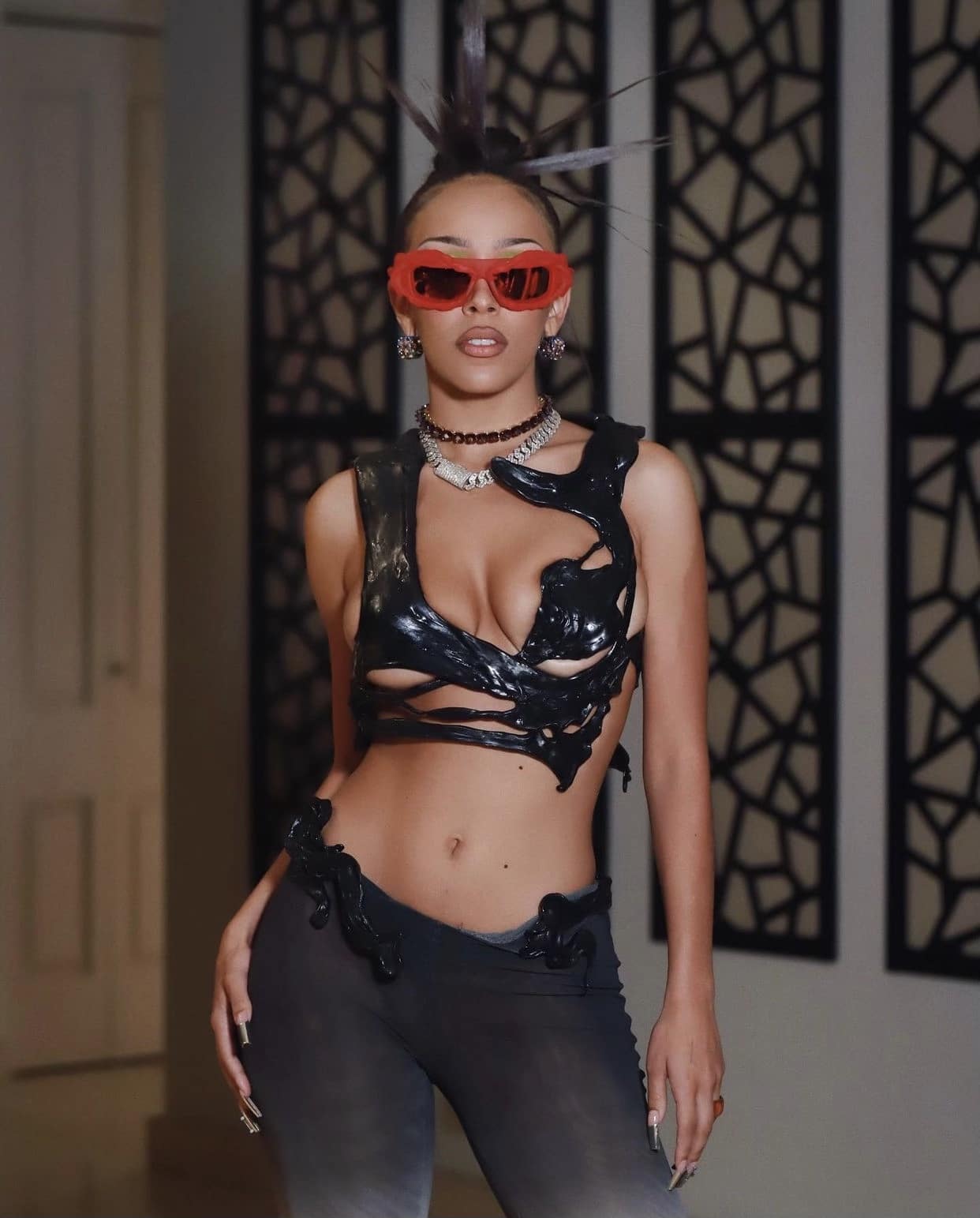 UPDATE (May 20th, 6:00 PM EST) — Doja Cat announced that she was officially bowing out of her tour with the Weeknd as well as her upcoming festival appearances due to surgery on her tonsils. “The surgery is routine but the recovery is going to take awhile due to swelling,” she wrote. “I feel horrible about this but can’t wait for this to heal and get back to making music and create an experience for y’all.”

After undergoing tonsil surgery for an abscess, Doja Cat singled out vaping as the primary cause for her condition and said that she may have some bad news for fans. Though the she did not specify the exact nature of the news, fans immediately started speculating over the potential fallout. Some asked if she could continue touring. Others, however, feared for the worst and wondered if her voice is permanently damaged.

After Doja revealed that she had surgery, the Planet Her rapper/singer went on a Twitter thread about her vaping habits.

“Nah so my tonsils got infected before bbmas and i was taking f*ckin antibiotics but forgot that i was taking them and then i drank wine and was vaping all day long and then i started getting a nasty ass growth on my tonsil so they had to do surgery on it today.”

Doja went on to graphically described her condition, though it was unclear how serious she was being.

Then the rapper revealed that she may have to have her tonsils removed completely. “ima try and get em removed for sure very soon,” she said.

Finally the conversation focused squarely on her concerns about vaping. She tweeted, “im quitting the vape for a while and hopefully i dont crave it anymore after that.” “then its like imagine all that wierd poisonous sh*t in the vape seeping into the completely open wound in my throat like f*ck that. im hella young,” she continued.

Electronic cigarettes became popular around 2013 in the U.S. Since that time, the CDC has reported a lot of the potential dangers associated with vaping. According to the CDC, “Scientists are still learning about the long-term health effects of e-cigarettes.” And, such reports put pressure on an unstable E-Cig industry to continuously regulate their products. Just yesterday (May 19) the Las Vegas Review Journal reported that federal regulators are threatening the Nevada vaping industry’s very existence with stringent new rules regarding the flavors of vape juice.

Doja Cat is on tour with the Weeknd for the After Hours Til Dawn Tour. The tour is well underway with one show scheduled for tomorrow night (May 21) at the Hangout Music Festival in Gulf Shores, AL. The rapper/singer has not yet announced any cancelations for the tour.