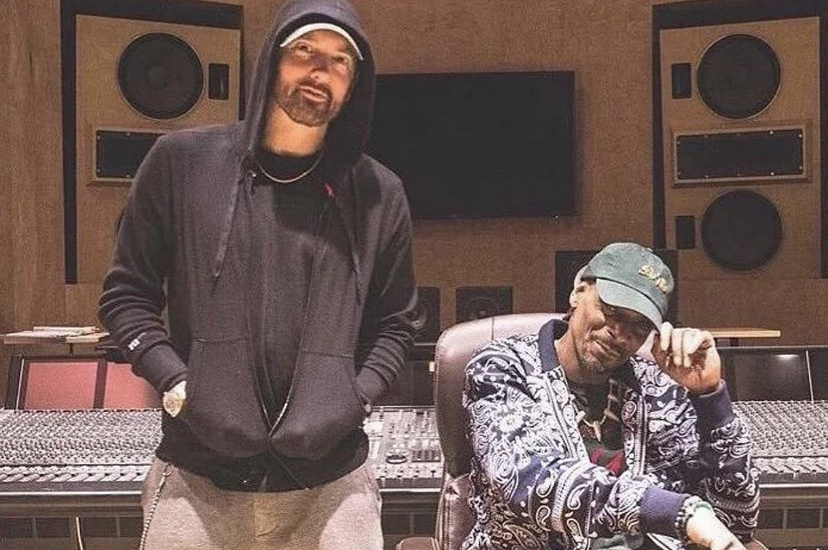 Drake is taking the term, “mutual friend” to new heights.

Considering the 6 God has collaborated with everyone from Rihanna to JAY-Z, it makes sense has connections to Eminem and Snoop Dogg. On Thursday (October 28), Drake offered his respects to both artists in a pair of Instagram story posts.

“Man this guy is underappreciated @eminem,” Drizzy wrote on the clip he shared of an old Eminem performance.

Drake posts 2 stories about Eminem on Instagram, shows love by calling him "underappreciated".

The Certified Lover Boy rapper also gave Snoop Dogg his flowers in a separate tweet proclaiming that his “uncle,” is “too raw.”

Drake’s messages of goodwill follow Snoop Dogg’s public repeal of previous comments he made about Eminem.

In 2020 Snoop Dogg left Eminem off of his list of top ten rappers dead-or-alive during an interview with The Breakfast Club and proceeded to label Em as “The Great White hope.”

In the midst of his latest appearance on The Breakfast Club, Snoop Dogg admits he was “Outta pocket,” and says he apologized to the “Rap God” lyricist.

“The thing is that we love Hip Hop so much, we competitive, we battle rappers, so that was supposed to trigger that in him. But we brothers and we family so we learned to appreciate each other for what we do and how we get down, and we had a long conversation about the respect that we have for each other and the way we need to talk in public about each other. I felt like I was out of pocket. I apologized to him and I let him know that I’m just bettering myself. I make mistakes, I ain’t perfect, I’m Snoop Dogg.”

Though the pair have patched things up, Eminem managed to fire off a few lyrical jabs in response to Snoop Dogg.

Eminem actually revealed how betrayed he felt by Snoop on his 2020 Music To Be Murdered By: Side B album track “Zeus.”

“As far as squashing beef I’m used to people knocking me/But just not in my camp/And diplomatic as I’m tryin’ to be/Last thing I need is Snoop doggin’ me/Man, Dogg, you was like a damn god to me/Meh, not really (haha)/I had dog backwards,” Eminem said.

However, it seems both rappers may have reconciled with each other as early as January, when Snoop Dogg replied to a fan’s comment on a picture of him with Dr. Dre and Eminem, writing, “We good.”

Watch the full interview below.