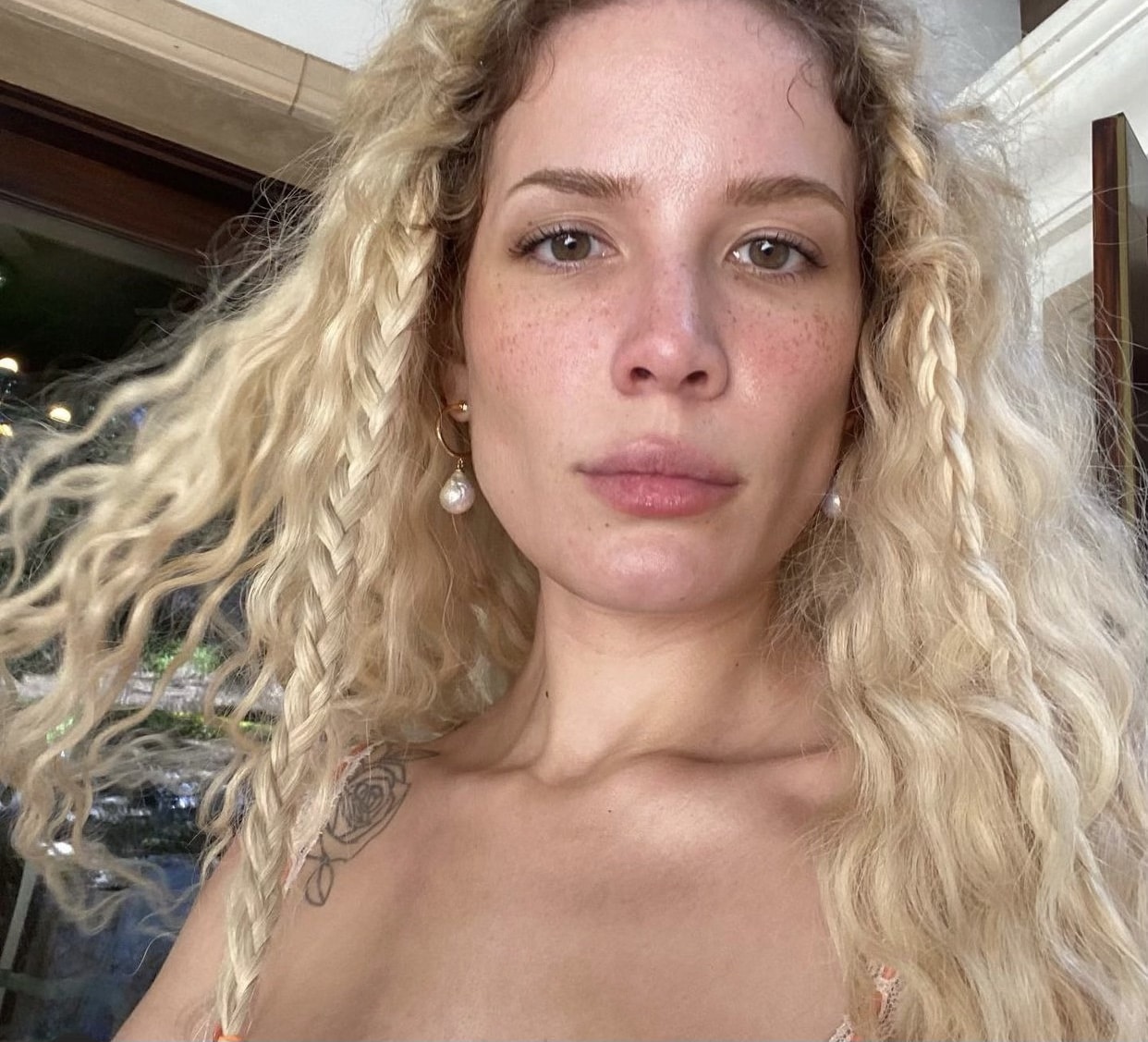 Halsey went viral on Sunday (May 22) with two TikTok videos where she rallied against record labels who allegedly force artists to post on TikTok. Halsey ended up joining a growing list of artists that includes Ed Sheeran, Florence Welch, Maggie Rogers, and FKA twigs who have all complained about being forced to make similar videos.

Over the weekend, Halsey posted a TikTok video where she disinterestedly mouths words to an unreleased song while text appears on-screen noting how her label is forcing her to try to go viral before she can release the song.

The text on-screen reads, “Basically I have a song and I want to release ASAP, but my record label won’t let me. I’ve been in this industry for 8 years and I’ve sold over 165 million records and my record company is saying that I can’t release it unless they can fake a viral moment on TikTok. Everything is marketing. And they are doing this to basically every artist these days. I just want to release music man and I deserve better tbh. I’m tired.”

The video had 8 million views in 24 hours, according to Newsweek.

Halsey followed-up with a video where she listens to an off-camera, male voice explain a TikTok campaign to her while she appears visibly disgusted, responding only “mmm, hmmm” in a very passive tone. When the man finishes speaking, he notices her demeanor and says, “What?” Halsey replies, “I hate this.” The man admits he hates it as well. The text on-screen reads, “I wish I was kidding lol” but it’s unclear if this was a real meeting with her record label or if she was simply imitating one.

The follow-up video was viewed over 3.5 million times.

Halsey’s label, Astralwerks-Capitol, responded to the controversy in a statement to Variety saying: “Our belief in Halsey as a singular and important artist is total and unwavering. We can’t wait for the world to hear their brilliant new music.”

However, Halsey went on Twitter on May 23rd to note that despite going viral, her song still does not have a release date. She also declined claims from fans who suspected this was all a marketing stunt.

Halsey is not alone in her criticism of the way labels are forcing artists to use TikTok. Her video sparked a social media conversation that drew attention to other artists who have expressed similar complaints in recent months, including Florence Welch, Ed Sheeran, FKA Twigs, and Maggie Rogers.

A couple of days before Halsey’s post, Ed Sheeran took a more comical approach to his label’s demands by posting a video featuring an otherworldly flying creature with human facial features. The onscreen text at the top of the screen reads, “The label: Ed you need to promote 2Step.” And below there is more text that says, “Me: Ed Beeran.”

He followed up with another jokey video where the song “2Step” plays while he eats a bag of chips behind the onscreen text that reads, “When you are supposed to making promos for your song, but you just really want a snack and you decide that eating a snack can be promo for a song because everyone loves snacks.”

Other artists have taken their label’s notes more seriously, albeit still begrudgingly. Florence Welch of Florence + the Machine posted a TikTok on March 22, sighing and singing “My Love” with the caption, “The label are begging me for ‘low fi tik toks’ so here you go. pls send help ☠️ x.”

Despite her caption, the most liked comment on that post was a fan saying, “Florence I’m sorry the label is right we love these.” Florence responded to that comment a week later with another TikTok post, this time she laughed before singing her song “Spectrum.” With 5.9 million views, the clip of her singing “Spectrum” became her most viewed TikTok post ever. She noted in the caption her plan had “backfired.”

Despite the success of the label’s strategy for Florence, most artists seem frustrated by this process. In a now deleted TikTok video, FKA twigs appeared exhausted behind an onscreen text that read, “It’s true all record labels ask for are tiktxoks and I got told off today for not making enough effort.”

Other artists seem intent on giving the minimal effort. Maggie Rogers posted a video of herself dancing on March 20 behind onscreen text that read, “not me drunk at 2AM in the East Village remembering someone is going to yell at me in the morning to post on TikTok.” However, the caption to the video read, “lol,” leaving her sincerity in question.

Much like Florence, Rogers’ plan backfired. Despite only having 180K followers, Maggie Rogers’ TikTok ended up getting over 320K views, making it one of her more popular posts.

The irony of going viral by complaining about going viral has not gone unnoticed. After Halsey’s videos sparked a discussion on Twitter about the music industry’s marketing tactics, writer Shamira Ibrahium pointed out how these artists are actually benefitting from complaining. “This is such a disingenuous conversation because the artists who it affects the most are not the artists who are posting about it” she wrote. “Labels can fake a viral moment easy on TikTok. They’re doing it right now, with these posts.”

To further complicate this narrative, Charli XCX hopped on Twitter yesterday (May 24) and added questions about the validity of these complaints.

Back in October 2021, Charli posted a TikTok video where she looked exhausted and said, “I didn’t really want to be here, I was made to be here. So, obviously I’m just wanting to get this over with and get on with my life. This is a big inconvenience for me.” The accompanying on-screen text reads, “When my label asks me to make my 8th TikTok of the week.”

However, after the Twitter conversation took off, Charli jumped in and admitted to “lying for fun” about her label forcing her to make TikTok videos.

TikTok is estimated to be worth between $50 and $75 billion. Whether these artists like using it or not, the social media app has upended the music industry in the past few years. A viral TikTok can turn a song into a hit, seemingly overnight. According to Business Insider, “Songs that trend on TikTok often end up charting on the Billboard 100 or Spotify Viral 50.” That may explain why labels are so adamant about using it to promote songs.

What do y’all think? Do these artists have a legitimate complaint against their record labels or are they in on the promotion? Let us know in the comments and follow us on Instagram, Twitter & Discord for the latest in Rap news.