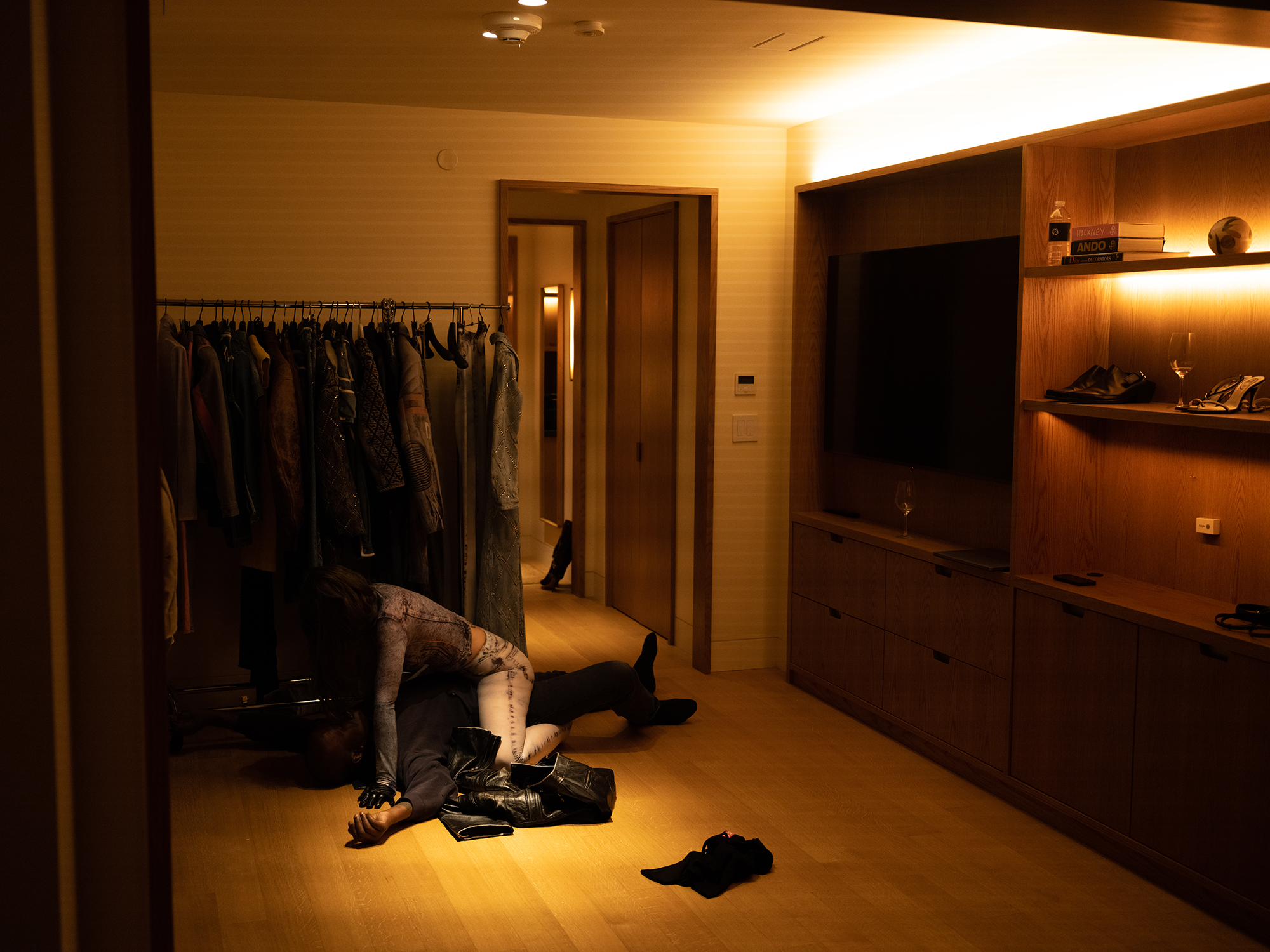 Julia Fox and Kanye West are in the midst of a passionate romance, or at least that is how it appears as the two lovebirds have openly appeared together in public and shared some of their intimate, ‘private’ moments on social media. In fact, Fox was even willing to go on the record with Interview magazine in a self-penned piece titled “Date Night,” that included a montage of pictures (below) that are nothing short of sexy.

Two of the photos feature Fox straddling and kissing West on the floor of a hotel sweet.

“His energy is so fun to be around. He had me and my friends laughing, dancing, and smiling all night,” Fox revealed.

After the pair celebrated New Year’s Eve, they whisked away to NYC for a showing of “Slave Play” and a romantic dinner at Carbone where West directed a photoshoot in front of patrons who excitedly cheered him on. Finally, Kanye took Fox to a hotel where he presented his “impressed” date with a suite full of women’s clothes.

Fox described the experience as “so organic,” saying “I don’t know where things are headed but if this is any indication of the future I’m loving the ride.”