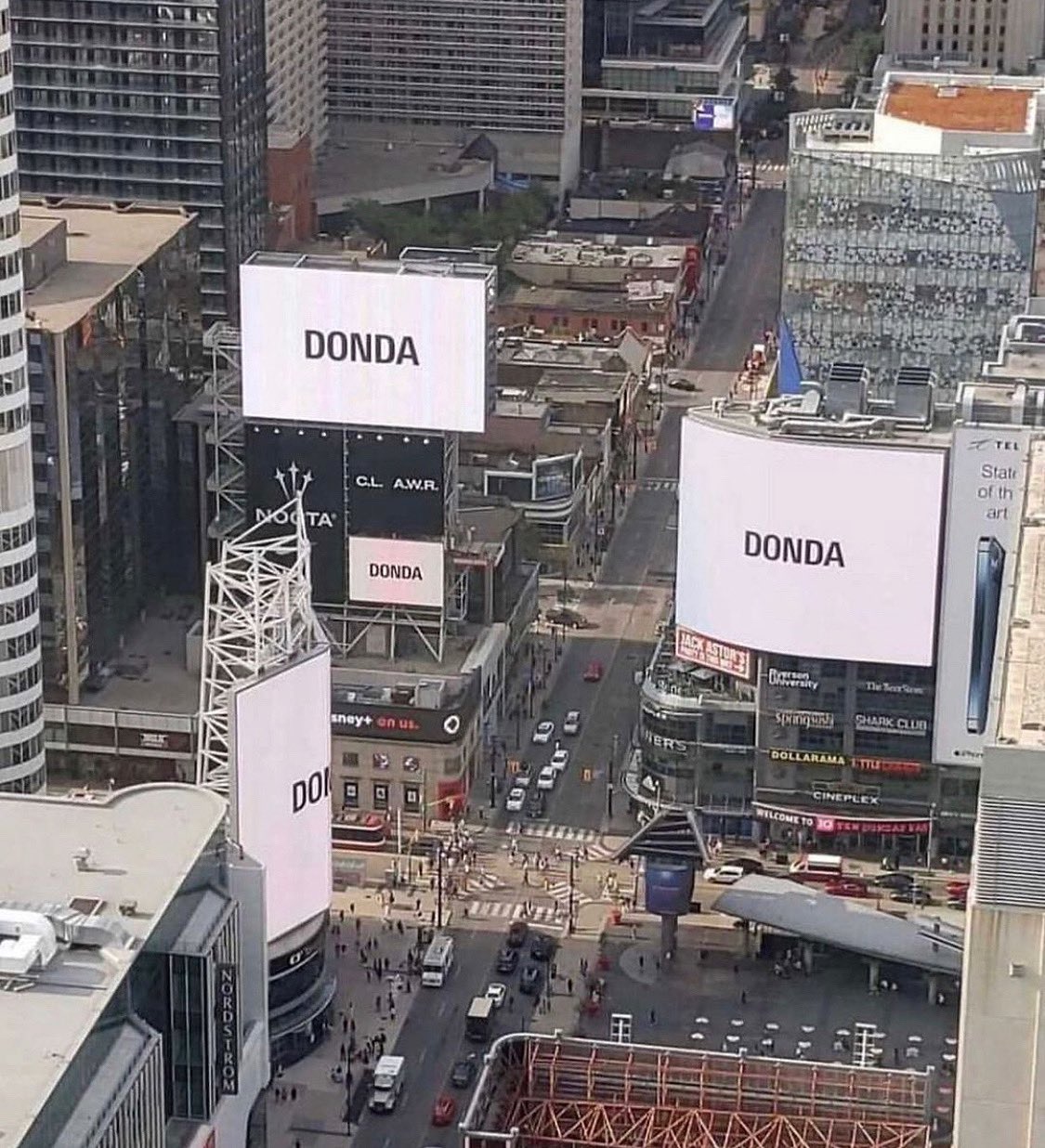 With Certified Lover Boy dropping tomorrow (September 3), Drake is utilizing a nationwide billboard campaign to advertise his new album, and the public is taking notice. Fans snapped pictures of various ads and posted them on social media where people discovered that most of the billboards’ content coincided with the city in which it was posted. For instance, in Tennessee and New York the signs revealed that artists who are local to those areas will be featured on the album. One ad read, “Hey Memphis Yebba and Project Pat are on CLB.” And another, “Hey New York The Goat is on CLB.”

Similar billboards have also popped up in Chicago, Atlanta, Houston and California.

In response to the ads and in keeping with a recent beef between Drake and Kanye, Ye posted billboards with a bleach-white background and stark, black lettering spelling DONDA all over Drake’s hometown of Toronto. The signs stand out intrusively against an otherwise gray cityscape, making them impossible to go unnoticed.

Kanye’s album Donda was released Sunday (August 29) after a stretch of effective marketing strategies initiated by West, including listening concerts that drew in millions of dollars in profits and created quite a stir in the press. Ye’s beef with Drake also put a spotlight on the release of both rapper’s albums which inadvertently created free publicity for them both.

This latest attempt by Kanye to one-up Drake’s billboard campaign seems like an apt finale to all of the recent ado with Certified Lover Boy due out tomorrow.