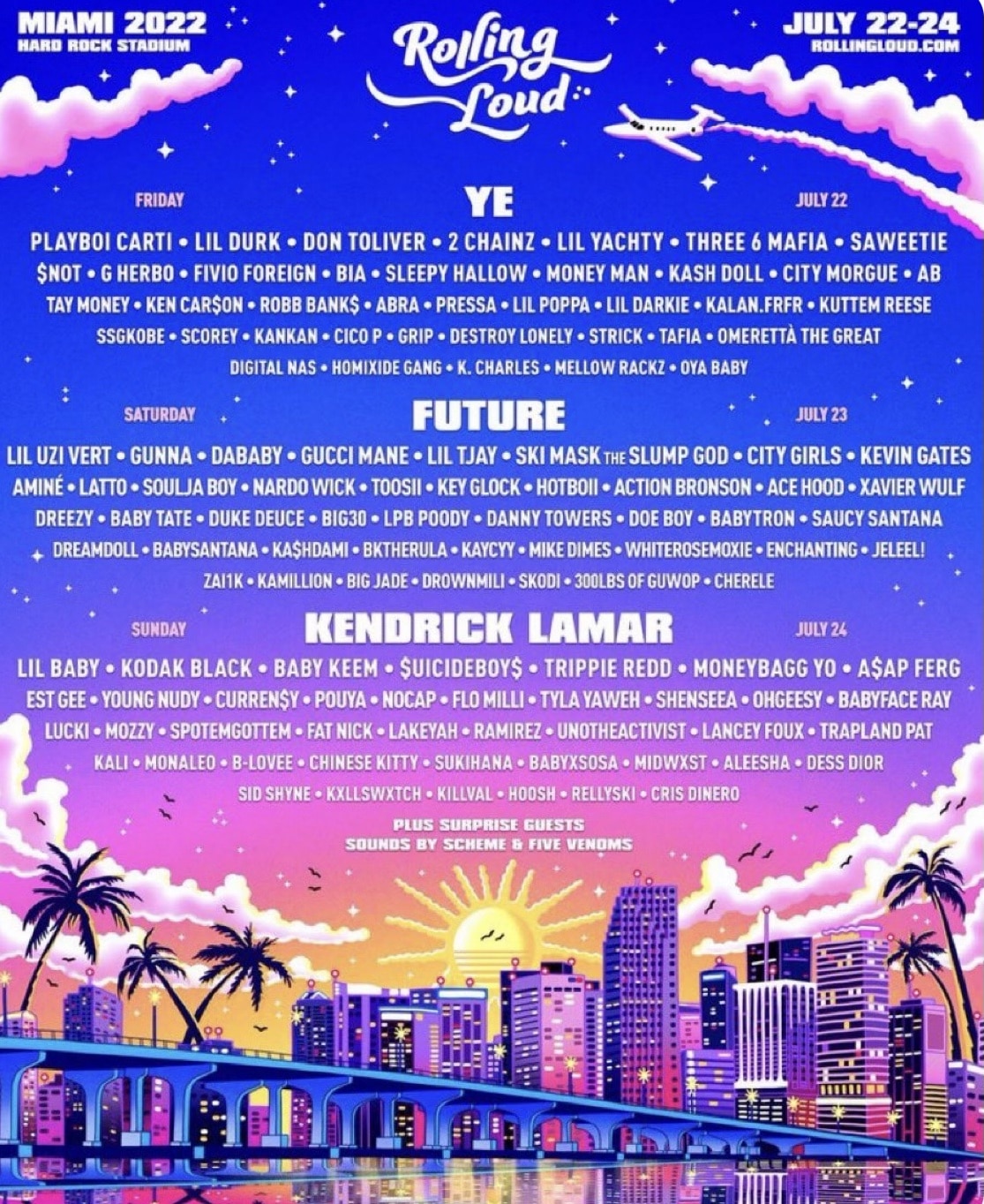 Three heavy hitters are hitting Rolling Loud Miami this year (2022) which is set to take place between July 22 and July 24 at Hard Rock Stadium in Miami Gardens. Florida hip-hop fans and anyone else lucky enough to venture south to one of America’s most traveled, coastal paradises will be ecstatic to learn that Kendrick Lamar, Kanye West and Future are headlining this epic event.

All three headliners are set to have a big year with Kendrick Lamar coming off of a very memorable Super Bowl half-time performance and Future and Ye involved in writing and producing Donda 2. According to HIpHopDX, Rolling Loud Miami is only one of two scheduled Kendrick Lamar performances this year. That and the fact that Kanye is expected to perform songs from Donda 2 make this festival a 2022 standout.

Tickets for this event will be available through Rolling Loud’s website on March 7.