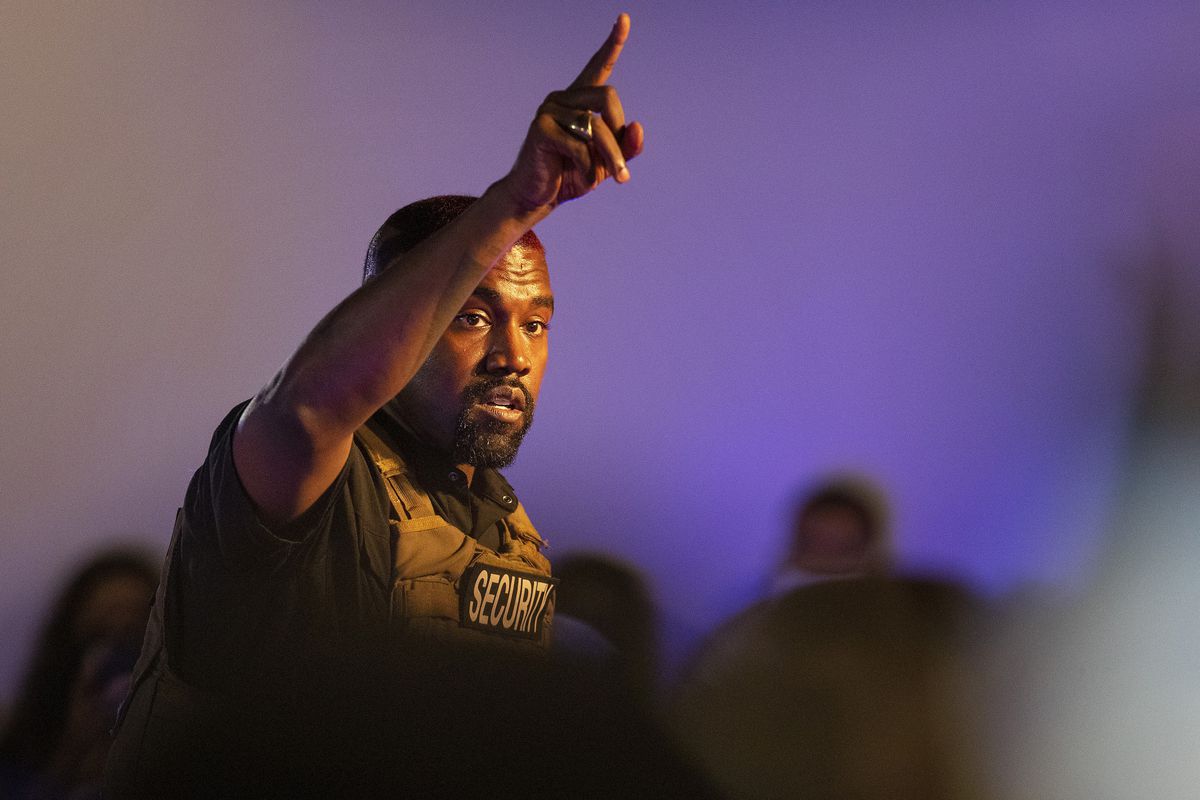 The days of Kanye, well these past few days, in particular have been very eventful for the middle aged rapper stirring up all kinds of pots. Ye wants in on the race, Ye wants all of this, it seems like Kanye just wants all of the smoke from every direction. In particular, he is receiving some blow back from his political ventures as well as some of his actions pertaining to his personal lifestyle. Feeds mentioning Kanye recently consist of riidiculous claims that he was the new Moses who could free rappers and artists from their recording contracts. He even claimed he was head of Adidas, only adding to the fire of his craziness.

Amidst all of the madness in the world Kanye also released these following guidelines pertaining to the music industry.

“1. The artist owns the copyright in the recordings and songs and leases them to the record label / publisher for a limited term. 1 year deals”

“2. The record label / publisher is a service provider that receives a share of the income for a limited term. The split can be 80/20 in the artists favor”

“3. DEPENDANTS: Artists must be dependent on no one but themselves to manage their catalog. You should need NO ONE else to understand the business you’re in.”

“4. LAWYERS: The first thing that changes about Record Deals is actually lawyers. We need Plain English contracts. A Lawyers role is to IMPROVE deals…. not charge for contracts we cannot understand or track. Re-write deals to be understandable from FIRST READ.”

“5. EQUITY & BLANKET LICENSES ARE THE MAJORITY OF FUTURE NEW INCOME. If you’re with a major you have invested your ‘songs’ as shares in their power to get equity and deals. Almost ALL new deals now are based on ALL songs going to a store or app. The equity is the Artists. NO MORE blanket licenses. It should be clear from day one… what shares you get NOW and when you leave. If your song helps a deal over the line you invested in that store / app same as they did. UMG now has a 2.2 billion share holding stake in Spotify. This is the artists. The system as to how we get share balances on our royalty statement needs to be created and a system on when Artists can cash in.”

“ADVANCES ARE JUST LOANS!! On Artists re-signing these stop. Advances are Loans with 75% interest rates (or worse). NO other business in the world takes a look at the business, buys shares, starts to profit when it profits. Record Companies have to buy into you, not loan you.”

“6. ROYALTIES: Again back to dependents. You need a business manager to read how you did? So you pay to see your money!!! NO MORE. Royalty portals need to show (and do not now) Every song you delivered. Every store you are in. How many streams per song. Income per song. It sounds basic and logical but it does NOT exist. They focus on top earners and ZERO look at the 440 stores…. Only the top few. Artists are global. That’s why their contract territory says GLOBAL royalty department in EVERY label. No more separating finance teams from the music”

“7. PORTALS: Are not just for royalties. They are for your entire business.  Every audio file, every asset, every deal stored WITH the money. Money and Music must stay together. When your term ends, download it all. Leave.”

There is no telling what will happen next as Kanye continues to market himself and use his influence to make some moves in the different industries he’s tapped into. Specifically within the reaches of Kanyes influence in the world of music we will soon see the impact these new ways of practice have on all parties as we carry on through these last weeks of September.