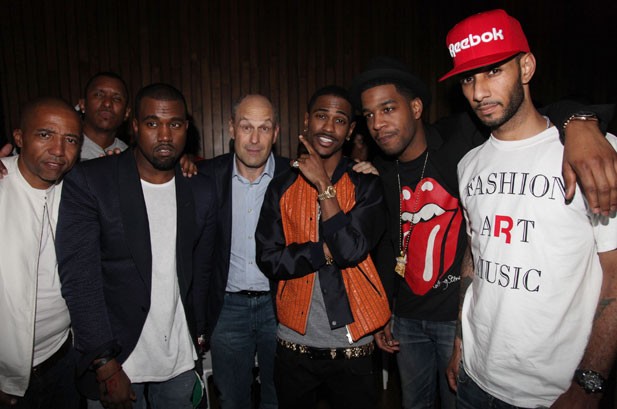 The Chicago Rapper took to Twitter to defend artist’s rights to their digital masters, promising to return his share of the masters of all artists on the G.O.O.D. Music label

Kanye West is the next in line to be struggling to untangle himself from the web of contracts and business dealings he wove over the years with Universal Music Group and Sony. As part of the ongoing battle, Kanye announced his intention to release his share of the masters of the artists signed by G.O.O.D. Music, which amounts to a hefty 50%.

The story is often the same: young, aspiring artists sign with a label and in doing so relinquish the rights to their masters. As the years go on and they become more successful, the relationship with the label changes. Eventually artists can grow so popular that they offer just as much — or more — to the label as the label does to them. When these artists then attempt to branch out on their own, and the record labels refuse to release their masters, protracted legal battles can ensue. Taylor Swift notoriously promised to re-record her entire musical catalog when Big Machine Label Group neglected to return her masters, and a focal point of Kanye’s separation from UMG and Sony has been ownership over his original recordings.

Kanye offers to return 50% of digital masters to G.O.O.D. artists, tasks UMG to do the same

Kanye upped the ante with Sony and UMG with his promise to the G.O.O.D. Music artists that he would return their rights, and followed up by calling out UMG to follow in his footsteps, releasing their share of the masters as well.

Kanye is no stranger to the spotlight, nor to controversy, and we’re certain that before everything is resolved the Chicago native will have a few choice words to share with us all. But as divisive as his tweets have been in recent months, West’s stance on artists’ rights was echoed by many others in the hip-hop community. Stay abreast of updates on the legal battle as it progresses.