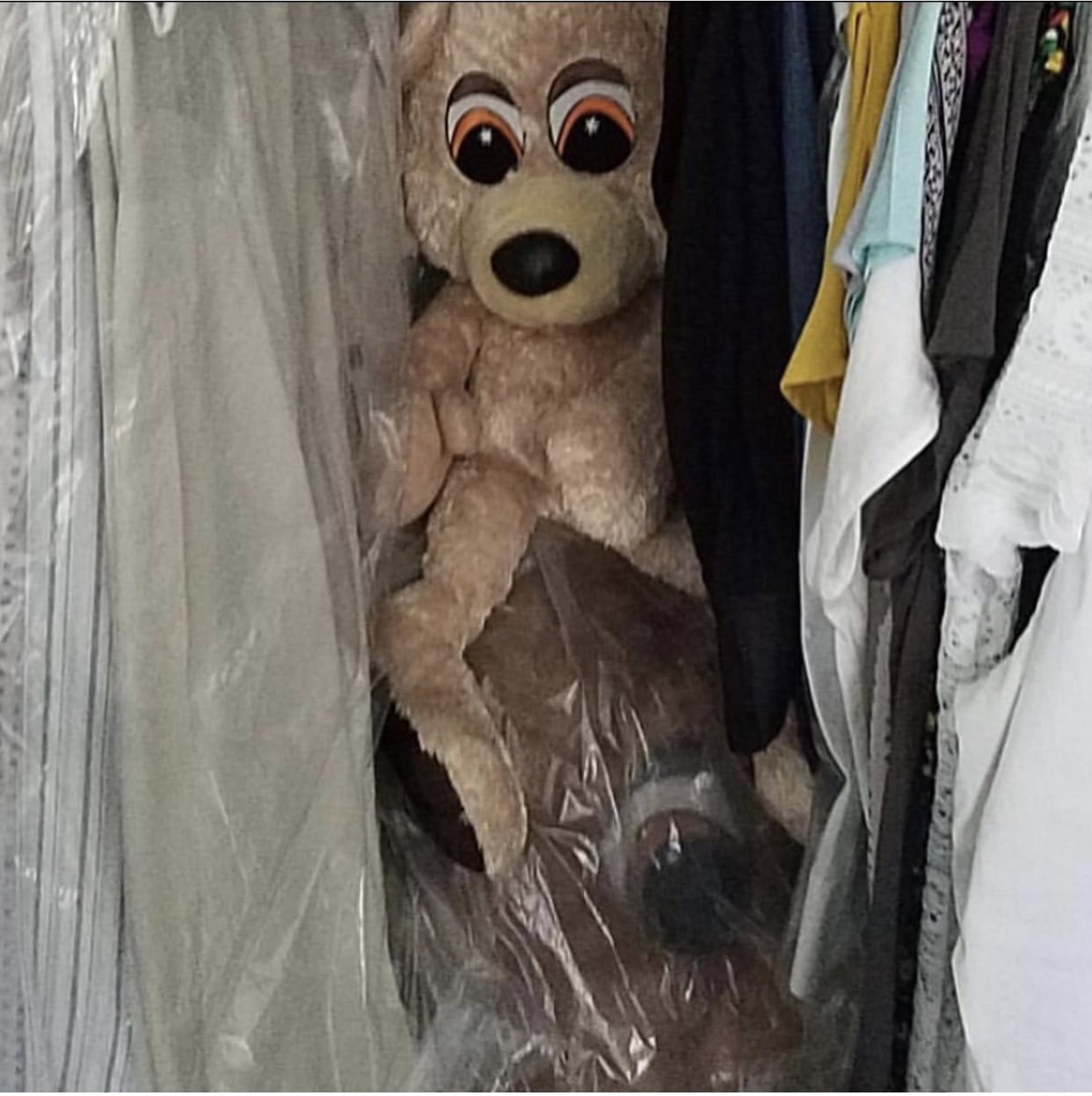 Eric Arginsky, the owner and creator of the iconic Kanye West College Dropout bear costume, says that his mother is cleaning out her house, and the bear has to go. The bear mascot, which has been living in the back of one of Arginsky’s mother’s closets for nearly 17 years, resurfaced after Eric saw an interview with designer Sam Hansen – who created the bear logo – reminding Eric of the bear’s location. As a result, the unearthing of the bear sparked fond memories of times past and inspired ideas for possible future endeavors.

“My mom wants it out of her house soon,” he told Andrew Barber of Fake Shore Drive. “I love business and opportunity, so the best thing that could ever happen is someone from Ye’s camp sees this video and reaches out to [Andrew] to bring this opportunity back and then you and I are producing bears tomorrow.”

The opportunity of which Eric is speaking was a failed attempt to mass produce College Dropout teddy bears upon the release of the groundbreaking album years ago. And, in short, Eric is hopeful that the same opportunity could exist today – if Ye is game.

If not, Eric still owns one of the most iconic rap artifacts in hip-hop history which he believes could fetch at least $1 million.

That seems like a win-win for this teddy bear designer and entrepreneur.