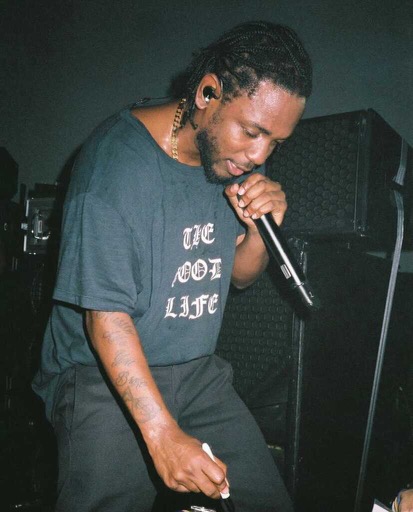 Three of rap’s heavyweights are expected to release major albums this year, and based on the recent words and actions of these men, each apparently feels that there are “too many cooks in the kitchen.” Kanye West, Drake and Kendrick Lamar have been cooking up rabid anticipation to go along with their beats and lyrics, inspired by an inevitable competition that has publicly emerged and left fans drooling with hunger.

Though some of the preliminary jabs cast by two or more of these rappers raises questions about the cordiality and friendliness of their respective relationships, the clash is none-the-less fueling an inevitable, future explosion of prospective album sales that will certainly benefit all three. This raises questions as to the legitimacy of some of the beefs as each punch serves up a marketing win as much as anything else, leaving critics wondering if the bout is more of a professional wrestling event than a legitimate fight.

Maybe the most noticeable of all repercussions to emerge from this dust-up has been the delay of album releases since the timing of a drop is just as consequential as any other commercial device. For instance, Drake was expected to drop Certified Lover Boy in January but it has been pushed back numerous times – not to mention Kanye West’s Donda whose postponement is at this point comical.

And to go long with the position leveraging and past vitriol between Ye and Drake is a renewed commitment to trash talking. This has involved the tried and true lyrical-attack strategy from Drake but also social-media offensives from Kanye including the act of revealing Drake’s home address to the public. RapTV covered this in detail here.

Enter Kendrick Lamar who has not dropped an album since 2017’s Pulitzer Prize-winning DAMN, and we have a recipe for a full-fledged Hip-Hip throw down. Kendrick jumped feet first into the melee yesterday (August 26) with the time-tested lyrical affront on “Family Ties,” a collaboration between Lamar and his cousin Baby Keem, according to HipHipDX. Towards the middle of the track, Lamar’s words speak for themselves.

“Muthaf*ck that album, f*ck that single…Burn that hard drive (Burn that shit)/Ain’t nobody safe when I come up killin’ everybody that’s outside (Who you with?)/ Yeah, Kanye changed his life, but me, I’m still an old school Gemini (Lil’ bitch)/ Let me jump in this bitch.”

As with any prize fight, fans are placing bets on who will release an album first.