Lil Durk to Feature Future, Gunna and Others on ‘7220’ 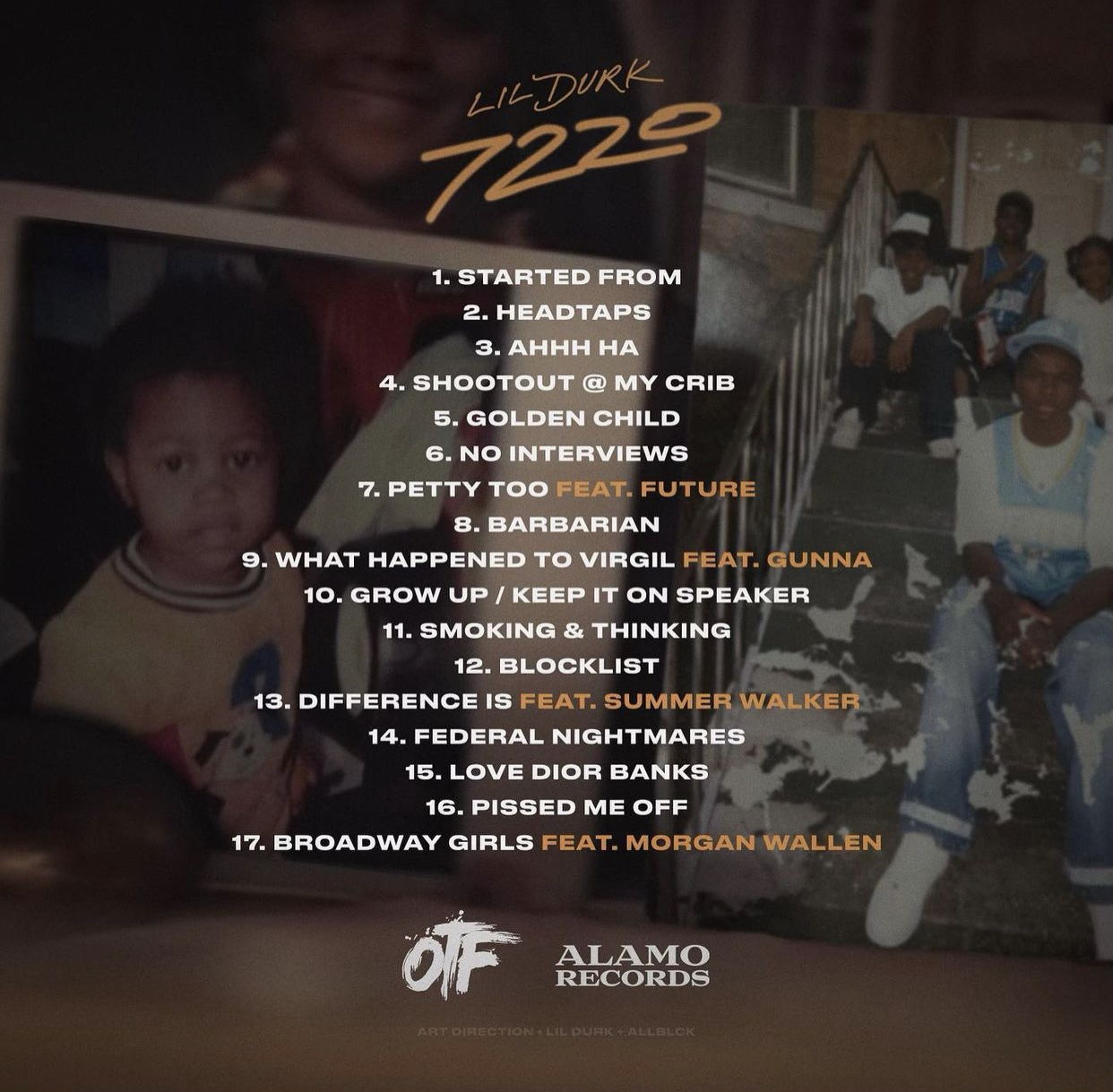 The strategic release of Lil Durk’s new album 7220 continues as he recently revealed four of the records feature artists on his Instagram account. Future is listed on the track “Petty Too,” Gunna on “What Happened to Virgil,” Summer Walker on “Difference Is” and Morgan Wallen on “Broadway Girls.”

7220 has been in the public eye of late as it was originally scheduled to drop on 2/22/22 – the same day as Kanye’s Donda 2. However, Durk pulled the release at the last minute and pushed it back to March.

The album, named after Lil Durk’s grandmother’s street address, has also gained publicity through an ongoing feud between Lil Durk and fellow rapper NBA YoungBoy. First Durk released the diss track “AHHH HA” – aimed at YoungBoy – to appease fans on the same night that he pulled 7220 from its original release. But NBA YoungBoy was quick to respond with a track of his own that was equally aggressive.

Next, Durk posted billboards in YoungBoy’s hometown that read, “Durk Better,” and YoungBoy again responded with signs of his own.

But regardless of any individual stunts, the culmination of it all is sure to help Lil Durk sell more 7220 albums upon its expected March 11 release date.