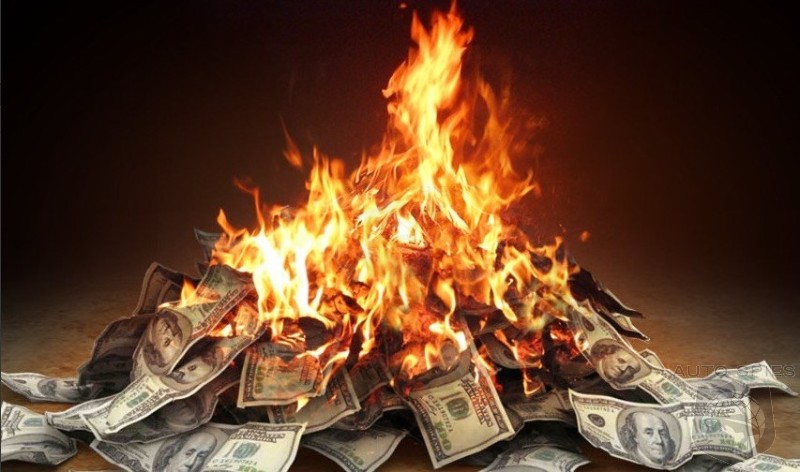 An Ottawa businessman burns $1 million in cash to avoid paying spousal and child support to his ex-wife. This businessman’s name is Bruce McConville and he was actually a former mayoral candidate who ran a tough-on-crime platform.

He told the Supreme Court judge, Kevin Phillips, that he burned a total of $1,039,000. But Phillips was not buying it.

He also sold his assets to his accountant and refused to pay $300,000 to the court after they ordered him not to sell his properties.

McConville was held in contempt last week, and when the court pressed him for information about where his income had gone, he admitted that he burnt it on two separate occasions.

Judge Phillips was especially curious because McConville could not provide proof that he actually burnt the money and there were no witnesses.

McConville had this to say:

“It’s not something that i would normally do, I am not a person that is extremely materialistic. a little goes a long way. i have always been frugal. thats why my business lasted for 31 years.”

Phillips ultimately decided that this was an attempt to deceive the court and avoid coming to justice. He sentenced McConville to 30 days in jail. And until he is honest with the court, he must pay $2,000 per day, which won’t count towards his spousal or child support, until he comes clean about his finances.

If he does not abide by these rules, he is looking at a much harsher sentence including incarceration that will make his last sentence feel like a “walk in the park.”

Judge Phillips replied to the claim of him burning the $1 million:

“I don’t believe you. I don’t trust you. I don’t think you’re honest. I urge you to get in compliance because that $2,000 a day is going to run up such that you lose everything.”

Clearly, the judge isn’t willing to take it lightly on the type of guy who burns $1 million to keep it away from his children and ex-partner. He is also taking into account that McConville has a track record with trying to deceive the court. He claimed that he had $0 in income, but further investigation found that he has $9,000 in monthly expenses.

McConville now runs the risk of losing the entirety of his assets to his ex wife if he chooses not to comply.

We will keep you in the loop for more updates!