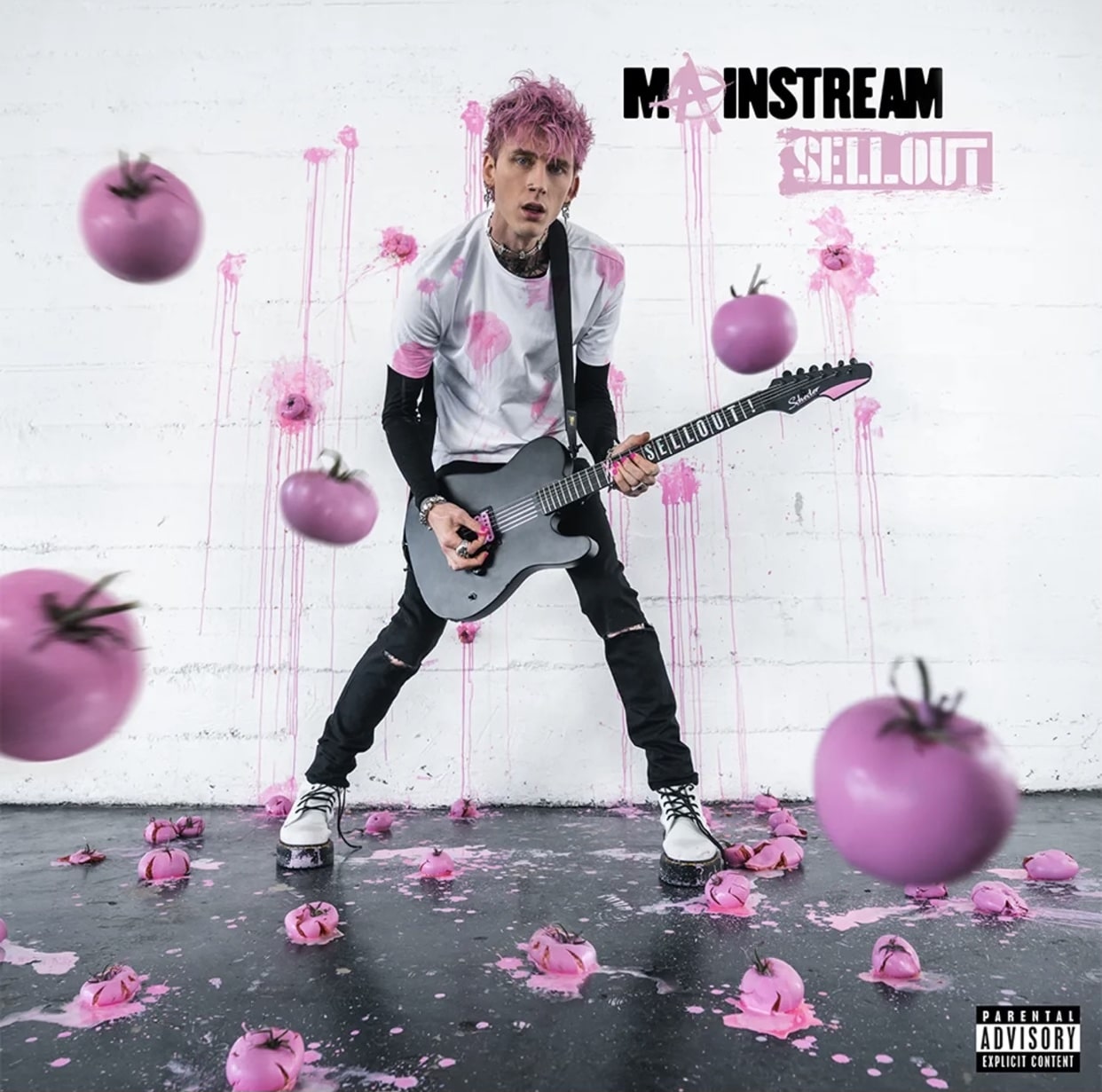 Machine Gun Kelly (MGK) released his 6th studio album Mainstream Sellout yesterday (March 25, 2022), featuring Lil Wayne, Gunna and Young Thug among others. It is the follow-up to 2020’s Tickets to My Downfall, an album that saw the artist move from hip-hop to pop-punk, and the new album fits nicely into that category again, according to People. However, there are some differences, according to Kelly.

“It feels more guitar-heavy for sure, lyrically it definitely goes deeper – but I never like to do anything the same,” he said. “Every album is a juxtaposition of the last album. So I went and studied [Tickets to My Downfall ] and I heard the bright sound that I had, and for this album I just turned the lights off.”

Despite genre, Mainstream Sellout has appearances from notable hip-hop artists like Lil Wayne on “Ay” and Gunna and Young Thug on “Die in California,” both of which are nods to the rap/rocker’s past. MGK released “Ay” as a single earlier this month with a music video to boot in anticipation of this album, a song that “…blends a brooding but dreamy guitar loop with crisp hip-hop production as MGK raps about everything from his preference for sad playlists, skipping meetings and sleeping until 7 p.m.,” according to Rolling Stone. And “Die in California” “…most effectively combines MGK’s new-school pop-punk instincts with his rap background,” according to Billboard. Billboard also labeled the song a “downbeat, durable jam.”

Kelly’s drop also includes appearances and “heavy involvement” from Travis Barker, according to Complex. A tour to accompany the album will kick off in June.