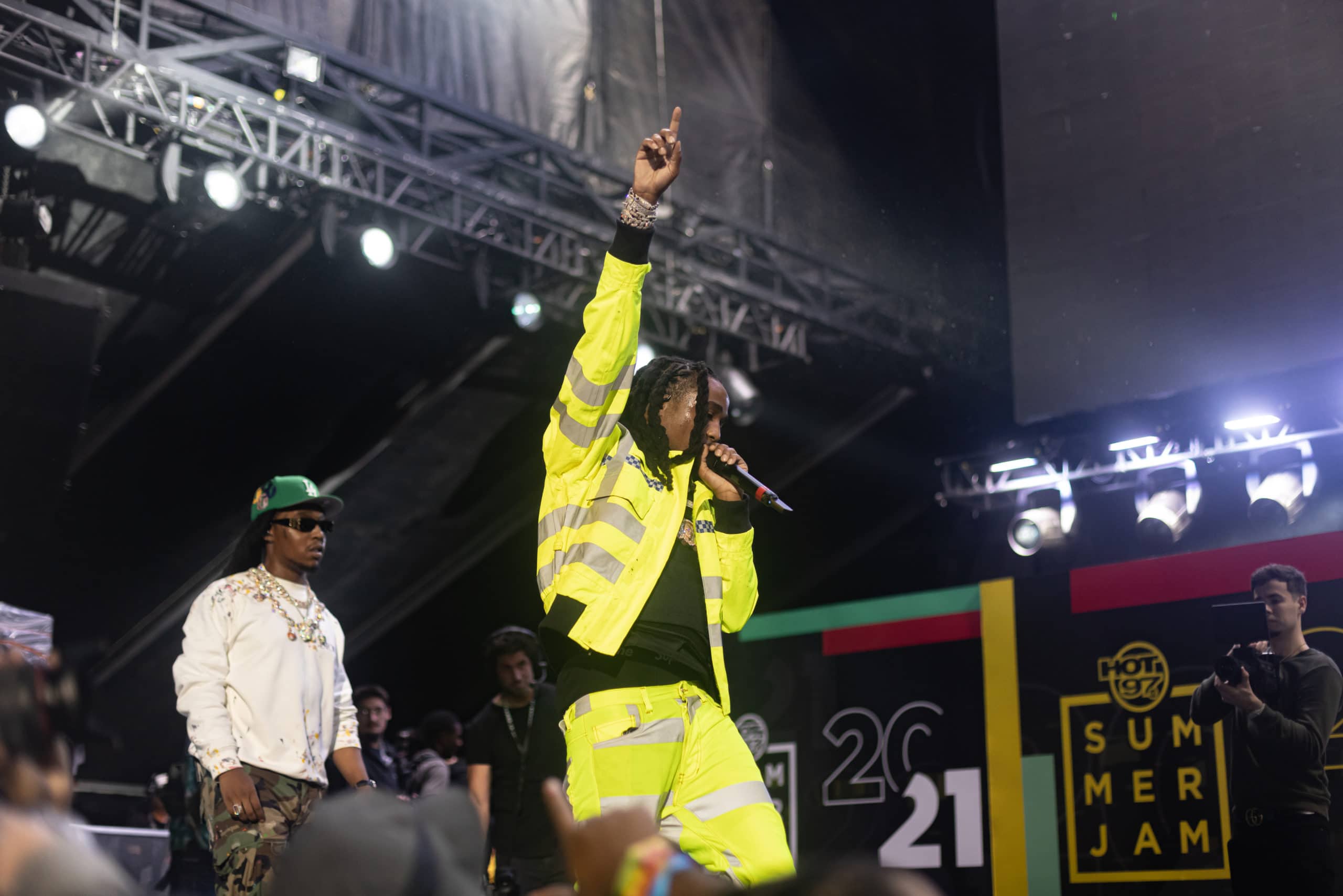 Social media is swirling with rumors of a Migos break-up after Offset and his wife, Cardi B, suspiciously unfollowed Migos’s members Quavo and Takeoff on Instagram. Quavo also unfollowed Offset and Cardi B on IG, though Takeoff still follows them both. The unfollowing happened after Quavo and Takeoff announced they’re forming a new duo, dubbed Unc and Phew, which will release the song “Hotel Lobby” this week. The song will not include Offset.

In the past, all three members have dropped solo projects. Offset released Father of 4 in 2019, Quavo released Quavo Huncho in 2018, and Takeoff released The Last Rocket that same year. However, this is the first time two members of the group are releasing a song under a new name. According to StereoGum, Quavo revealed plans for a sophomore solo album last October as well as a Migos tour that never materialized.

Offset has arguably had the most successful solo career of any Migos member. His 2017 song “Ric Flair Drip” (with Metro Boomin) is by far the biggest hit of any solo Migos’ song. It peaked at No. 14 on the Hot 100 and is certified 6x Platinum.

It’s worth noting Migos’ biggest hit only features two of its members. In 2016, “Bad and Boujee” became a cultural phenomenon, reaching No. 1 on the Billboard Hot 100, remaining in the Top 10 for 14 consecutive weeks, and selling over 4,000,000 units in the U.S. However, Takeoff was not included on the song.

“Bad and Boujee” was their biggest hit but Migos have enjoyed enormous success since their inception in 2008, with both Culture and Culture II going Platinum. Migos’ last album, Culture III, did not attain the same commercial success as Culture or Culture II, which both debuted at No. 1. The album did generally receive positive reviews and finished the year at No. 95 on the Billboard 200 and 43 on the Billboard R&B/Hip-Hop albums chart.