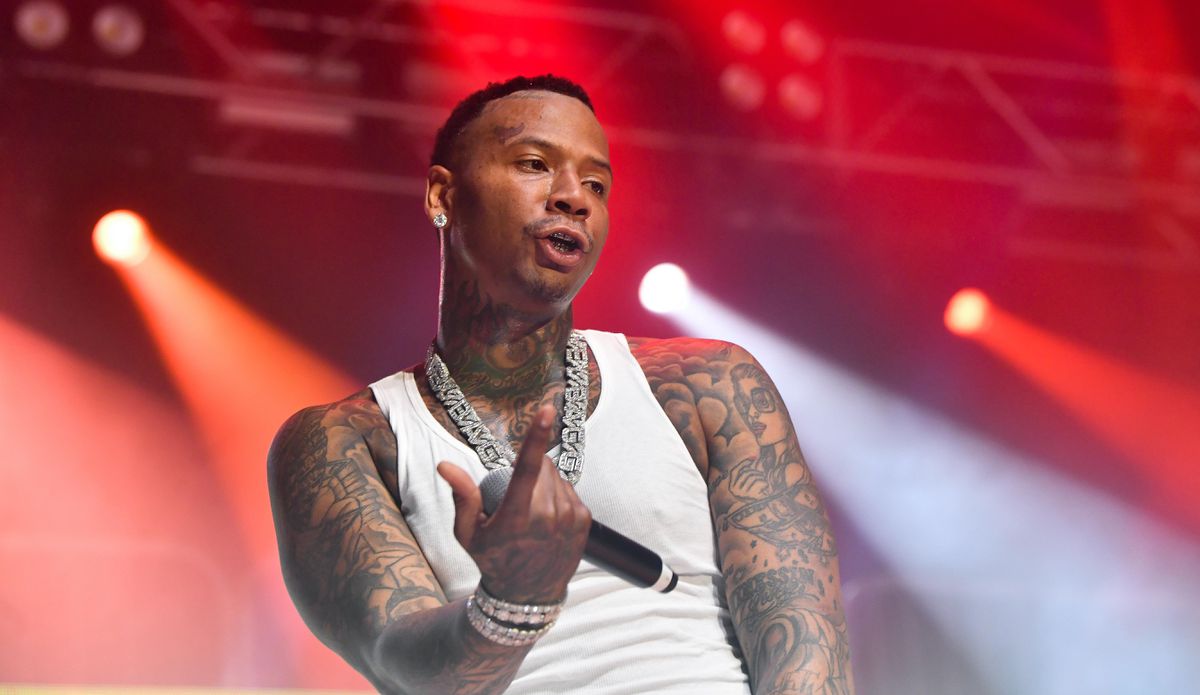 Moneybagg Yo may have received a slightly bigger surprise than he expected at his 29th birthday party this Tuesday night, as rumors spread that the rapper had to cancel the festivities because of a shooting that took place. Adding fuel to the fire is a clip captured by a fan of the night, which shows the rapper sitting with girlfriend Ari Fletcher in the new Maybach she gifted him when gunshots rang out in the background of the video.

However, despite the footage, Moneybagg Yo has denied the assertions that he was involved. In a clip posted to his Instagram Story, Moneybagg clapped back at those who claimed that the shooting had taken place at his party, or that he had been the one targeted: “Shot at who? Ain’t no muthaf*ckas shot at us, man. I’m in a Maybach right now man . . . Wassup. And I’m riding through this b*tch. I’m in Vegas.”

Vegas police reports seem to coincide with Moneybagg’s account. Law enforcement on the scene released statements to reporters explaining the situation. The altercation took place outside the Aria Casino, where Moneybagg was hosting his party, and escalated to the point that guns were fired. Although no deaths were reported, one woman was apparently lightly injured and taken to the hospital for further evaluation. Vegas police were unable to give a description of the suspect, and say that he is still at large.

Although this appears to have been an isolated incident, violence has followed Moneybagg

It seems like Moneybagg was just in the wrong place at the wrong time this week, but that hasn’t always been the case. Just three years ago, Moneybagg’s van was targeted and shot at in New Jersey. The year before that, a woman was killed by stray gunfire after a fight erupted at one of his shows in Mississippi.

Still, the controversies haven’t managed to slow Moneybagg’s rise to fame. The success of this year’s “Said Sum” follows last year’s “All Dat” collab with Megan Thee Stallion, and 2020’s earlier release of “U Played” with Lil Baby. While we’re excited for the rapper’s future projects, he seems to be content to ride the high of “Said Sum” — and his new Maybach — for a little while longer