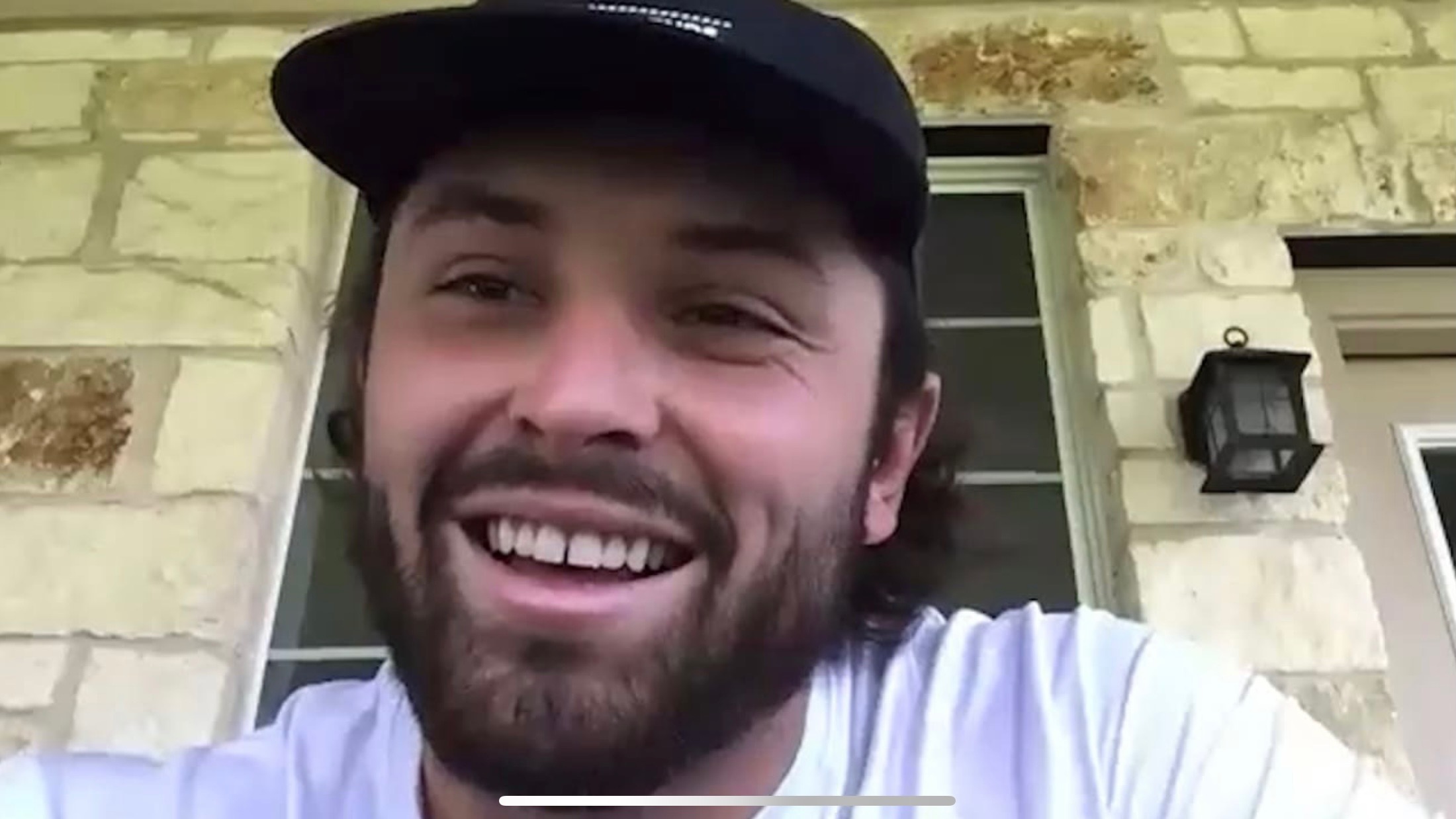 Browns NFL quarterback Baker Mayfield is known for his charming personality and keen sense of humor. Those qualities have most notably landed him in a series of hilarious, self-deprecating Progressive Insurance ads that feature the star QB pretending to live inside of Cleveland’s FirstEnergy Stadium with his gorgeous and talented wife, Emily Wilkinson.

But Mayfield is known to be funny even when he is not getting paid to be, especially in postgame press conferences. And when the Browns are celebrating a victory, it only adds to Baker’s comedic inclination as he very often drops intermittent pop-culture references, sprinkling them throughout his responses and drawing chuckles and smiles from the press room to your living room.

Such was the case Sunday (September, 26), after the Browns beat the Chicago Bears convincingly (26-6), when the focus of Mayfield’s postgame schtick was Kanye West, referencing five of the rapper’s albums with a straight face as though nothing was askew.

The references included Mayfield saying, “…it was a blessing to have the Late Registration of Odell…” and “There’s never going to be a point where you feel like you’ve reached the Graduation level…” He continued, “For us, we each have the mindset of not being College Dropout(s)…” Finally, Mayfield finished with references to The Life of Pablo and Watch the Throne before dropping the mike.

Baker Mayfield threw for 246 yards and one touchdown in Cleveland’s victory over the Bears. It was really the two-headed monster of Kareem Hunt and Nick Chubb that got it done for the Browns. But just as memorable for hip-hop fans will be Baker’s post-game touchdown pass to Ye.