Nicki Minaj Bares All on Instagram for 39th Birthday 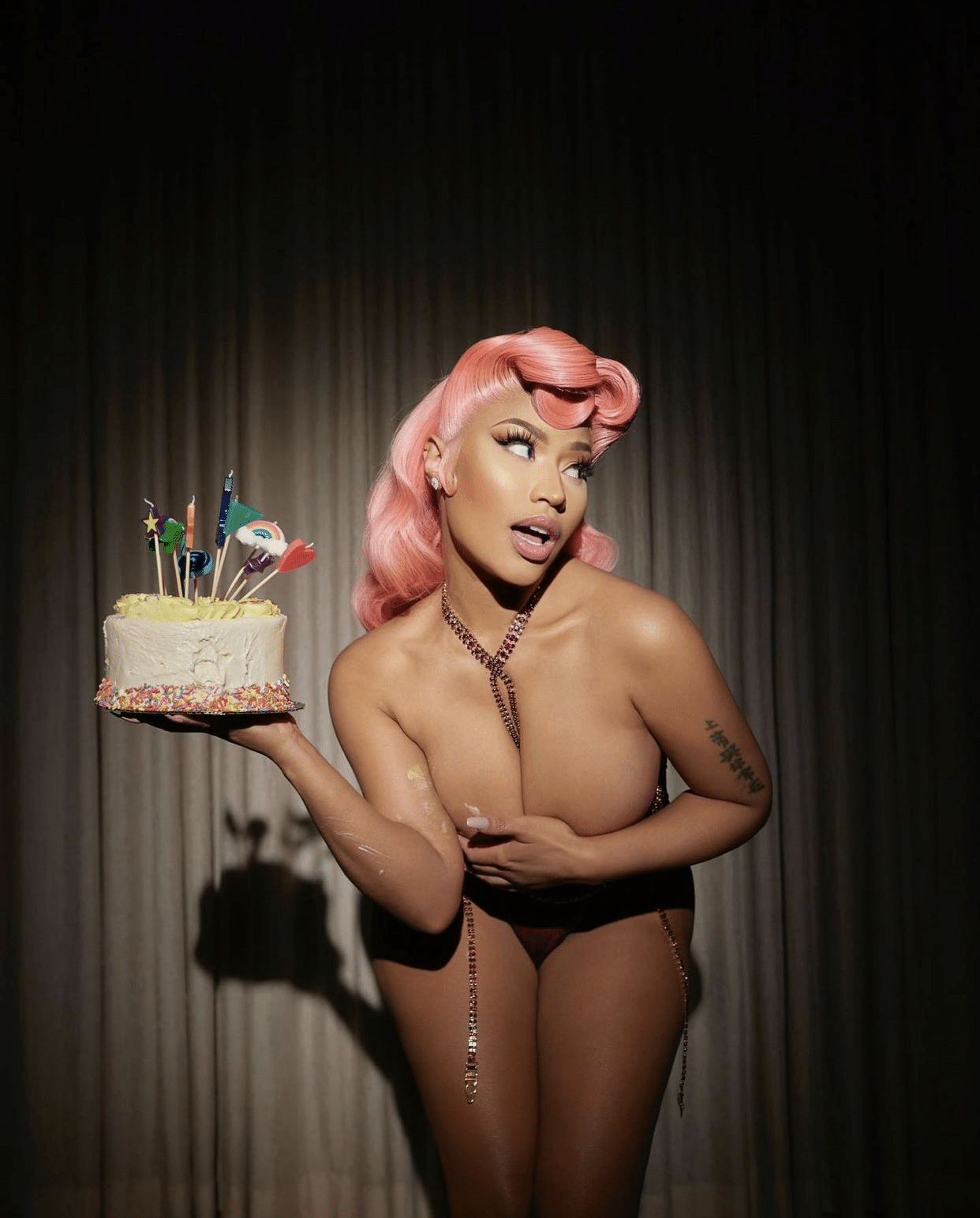 Nicki Minaj is 39 years old, but she is strutting her stuff as much as she ever has. The rap superstar celebrated her 39th birthday Wednesday (December 8) with fans on her Instagram account, posting three provocative, nude or near nude photos along with the caption, “Say Happy Birthday to da Bad Guy” – an obvious reference to how she has identified herself in songs, especially “Chun-Li,” according to People.

The first photo features Nicki from the side in high heels, holding a cake in her right hand and covering her breasts with her left. The second is Nicki from the back, straddling a giant teddybear while fully revealing her rear. And the final photo is of Minaj leaning forward while covering her bare breasts.

The photos received a lot of attention from fans who liked her post over 5 million times and commented over 32,000 times. Other celebs such as Lisa Rinna and Porsha Williams also showed their support with emojis and birthday wishes.