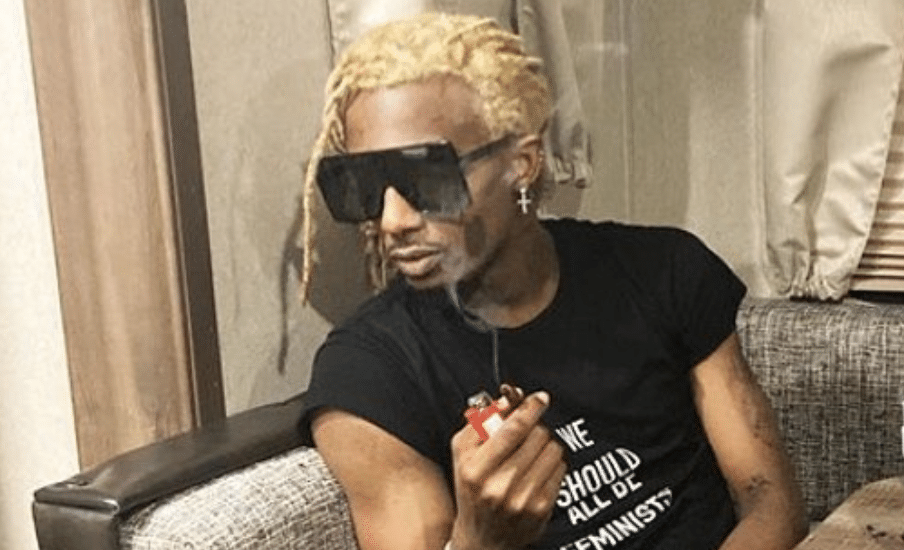 Fans of Playboi Carti may as well prepare themselves for the inevitable — another delay in his upcoming Whole Lotta Red follow-up album Narcissist.

In a quick tweet-pic sneak-diss on Wednesday (September 15), Playboi Carti shared the abrupt beginning of a group conversation with his label in which he appears to be pressuring his team to move forward with the intended release, despite complicated publishing logistics.

Up until this point, Carti has remained locked in on his September 13th release date for the album, after announcing the Narcissist Tour, his first tour in three years since his 2018 Neon Tour, at the beginning of the month.

If the delay does indeed persist, it will add to a year-and-a-half-long saga of broken promises for Playboi Carti, who strung his fans along for months after teasing his years-in-the-making, Kanye West-produced Whole Lotta Red album last year.

However, if the Narcissist rollout plays out anything like the Whole Lotta Red release did, Playboi Carti might end up with another Billboard 200 Albums Chart No. 1 while gifting fans features from artists such as Kid Cudi, Future and more.

The “Go2DaMoon” rapper is certainly in need of some sort of resolve, though, after additionally pissing fans off this week with the drop of his anticipated Narcissist merch.

Fans quickly tore apart the racing-inspired merch collection for the album on Twitter after discovering a $5,000 helmet, and other expensive accessories were selling for pennies on the dollar on Asian retail marketplaces.

“Carti really said let’s do a $29 Chinese motorcycle helmet with a flat logo photoshopped on top for $5k fuck them kids,” one user wrote.

Playboi Carti also fired back with yet another screenshot explanation, revealing the website have allegedly been hacked and included products and concepts he had not approved.

At this point, either someone isn’t telling the truth right now and leaning into their Narcissist sonic era, or Playboi Carti is just having a tough week at the office.