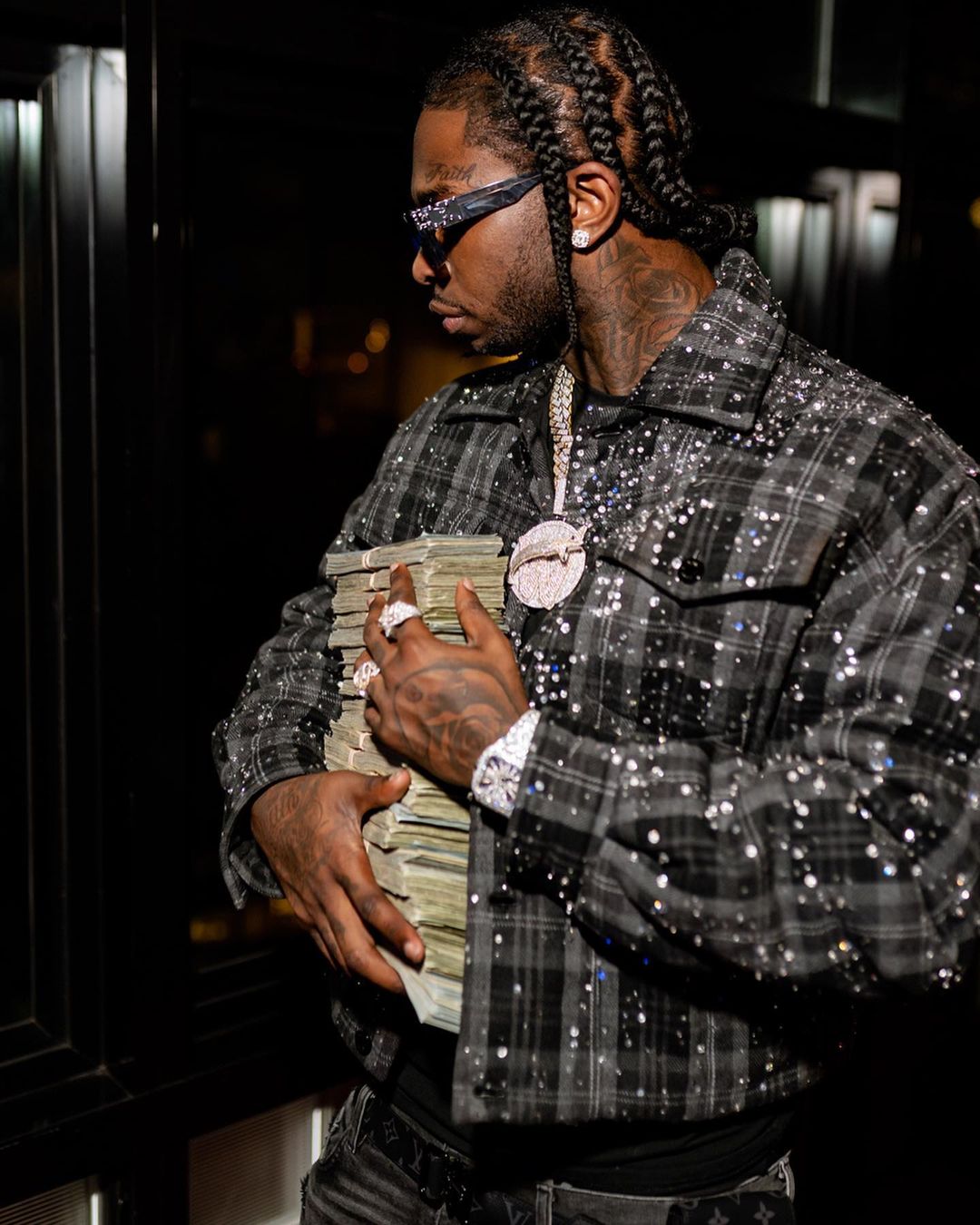 Pop Smoke’s gravesite at the Green-Wood Cemetery in Brooklyn, NY was found utterly destroyed by a facility employee yesterday (September 11) around 2 p.m. EST, according to TMZ. Law enforcement sources confirmed that they were called to the scene shortly after the discovery.

Upon arrival, officers discovered the late rapper’s marble plaque, which was part of the outer wall of the facility’s mausoleum, smashed and broken through in an apparent attempt to remove and enter Pop Smoke’s casket.

Photos and eyewitnesses to the aftermath of the scene confirm that the plaque has now been removed and replaced with a blank one, debris of broken plaque were found on the ground along with discarded joint roaches and yellow police tape marked the scene for an apparent ongoing investigation into the travesty.

Pop Smoke was murdered in early 2020.