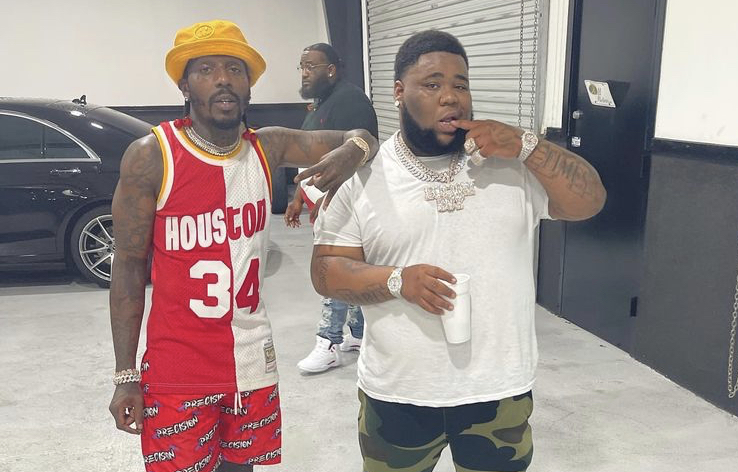 Houston rapper Sauce Walka has locked in with yet another one of his Sauce Ghetto Gospel 2 listeners, and it just so happens the would-be is Alamo Records rising star Rod Wave.

In several Instagram posts Monday (August) 17, Sauce shared a sneak peek of his low-key rendezvous with Rod Wave, which included the pair cruising the city in his new Maybach Benz truck and vibing to Sauce Walka’s catalog.

“My nigga say this his favorite Sauce Walka song, that touch my heart,” he continued in the video. “This a moment for me, this is history for Texas to Florida.”

Though the pair of rappers have yet to collaborate, it’s a pretty safe bet to assume some sort of collaboration should come to fruition from this H-Town link-up between Sauce Walka and Rod Wave.

Especially considering Rod Wave isn’t particularly cordial, when it comes to linking up with other rappers, let alone getting into the studio with them.

During an interview with The Breakfast Club earlier this year, Rod Wave explained his disdain for how fake industry artists can be and went on to reveal that the only reason Polo G occupied the lone feature spot on his Soulfly album is because he bumped into him at the jewelry store.

Following his Houston link with Sauce Walka, Rod Wave surprised his fans with his heartfelt visual single “Time Heals” along with the announcement of the deluxe edition of Soulfly, which includes features from Lil Durk and Kodak Black.

For those unfamiliar with Rod Wave’s fan-favorite deep-cut from Sauce Walka’s extensive catalog, tap in and check out Ghetto Gospel II below.