Soulja Boy Responds When RapTV Reports on His Text with Kanye 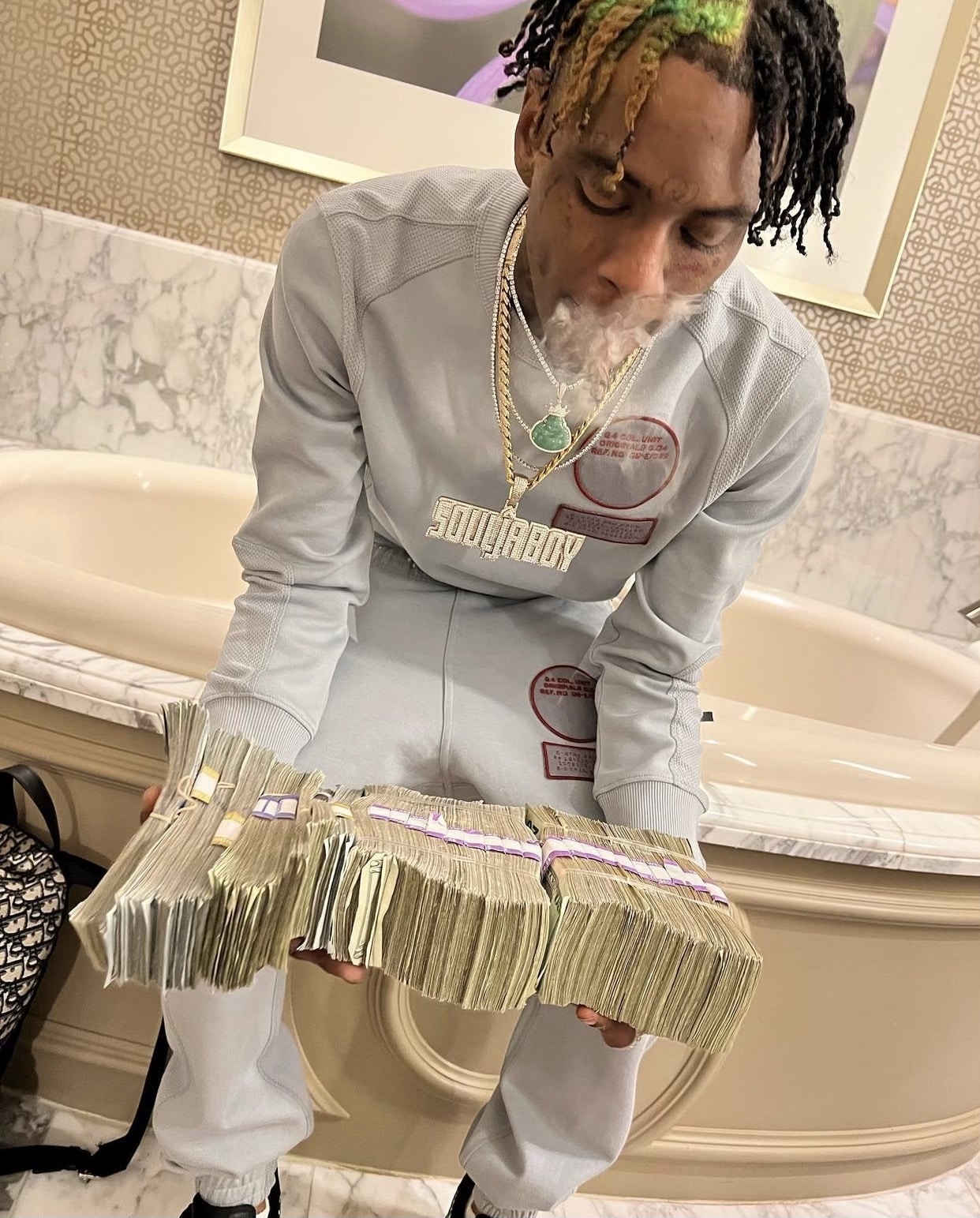 At least for the moment, Kanye West and Soulja Boy – hilariously – appear to be on decent terms despite their history of throwing jabs at one another, including a recent social media video from Soulja that referenced Ye’s estranged wife, Kim Kardashian in derogatory terms. Among other things, Soulja Boy said that Pete Davidson, “…got [Ye’s] b*tch.” We know that the comment hit Kanye hard because of a text message exchange between the two men that Soulja shared yesterday.

Early in the text, Kanye is obviously heated when he says, “This Ye. Don’t bring up me or my wife no more,” to which Soulja Boy snaps back, “Or what n***a? N***a you lame as f**k. I speak on what I want to. Go get your b**ch back.” Then, seemingly out of the blue, Kanye extends an odd olive branch. “I need to send you this stem player,” Kanye says with a link to a video of the device. “You was the first to break YouTube,” Ye continues. “Need that Donda II verse.”

Soulja Boy was famously left off of Kanye’s first Donda album and received a diss from Kanye in an interview shortly thereafter in which Ye called the discarded Soulja verse, “trash.” So, the end of this text exchange is a surprising sign that Kanye may be ready to bury the hatchet with Soulja Boy. However, Donda II is set to be released tomorrow (February 22)! Soulja seemed shocked and highly amused when he reposted screenshots of this exchange, overlaid with laughing emojis and the words, “MAN WHAT YE ON?”

RapTV was on the story immediately, sharing an Instagram post titled, “Soulja Boy Shares Text Convo with Kanye West,” which included a picture of the text between the two rappers. Soulja Boy was obviously still amused by the entire ordeal when he responded to RapTV with another laughing emoji. The post quickly amassed a torrent of over 400,000 likes and 4,400 comments.

We will see if the amusement continues with Donda II set to come out in 1 day. But with Kanye’s history of delayed album releases, endless edits and late deluxe-album drops, it is not impossible that Soulja Boy could find a spot on Donda II somehow. We’ll see.