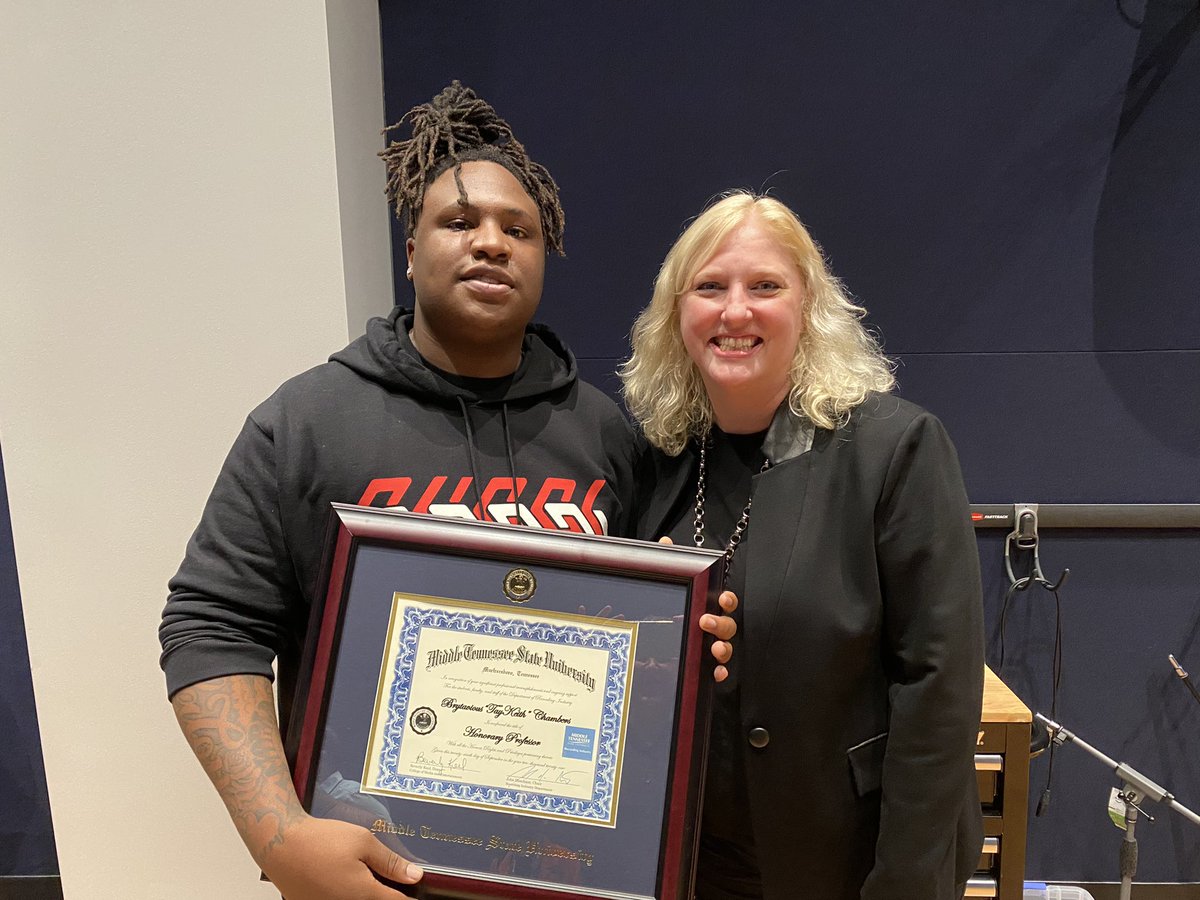 On September 29 (2021) Grammy-nominated music producer Tay Keith visited his alma mater, Middle Tennessee State University, for the opening of Recording Industry Studios – a newly renovated facility in the Media and Entertainment Department at MTSU that featured a curtain raising VIP tour, according to Daily News Journal.

The renowned artist was able to check out all of the facility’s upgrades, explain new recording industry techniques and was most notably awarded a certificate bestowing Keith an Honorary Professorship. MTSU President Sidney McPhee and Media, Entertainment Department (MED) Chair John Merchant and MED Dean Beverly Keel were present to lead the distinguished ceremony along with an audience of Keith’s manager and friends.

The honor was awarded to Keith for his “dedication and philanthropy to the university.”

Those present were fortunate enough to witness Tay Keith at work on the new upgrades, turning up the volume on Travis Scott’s “Sicko Mode,” Keith’s first No. 1 hit.