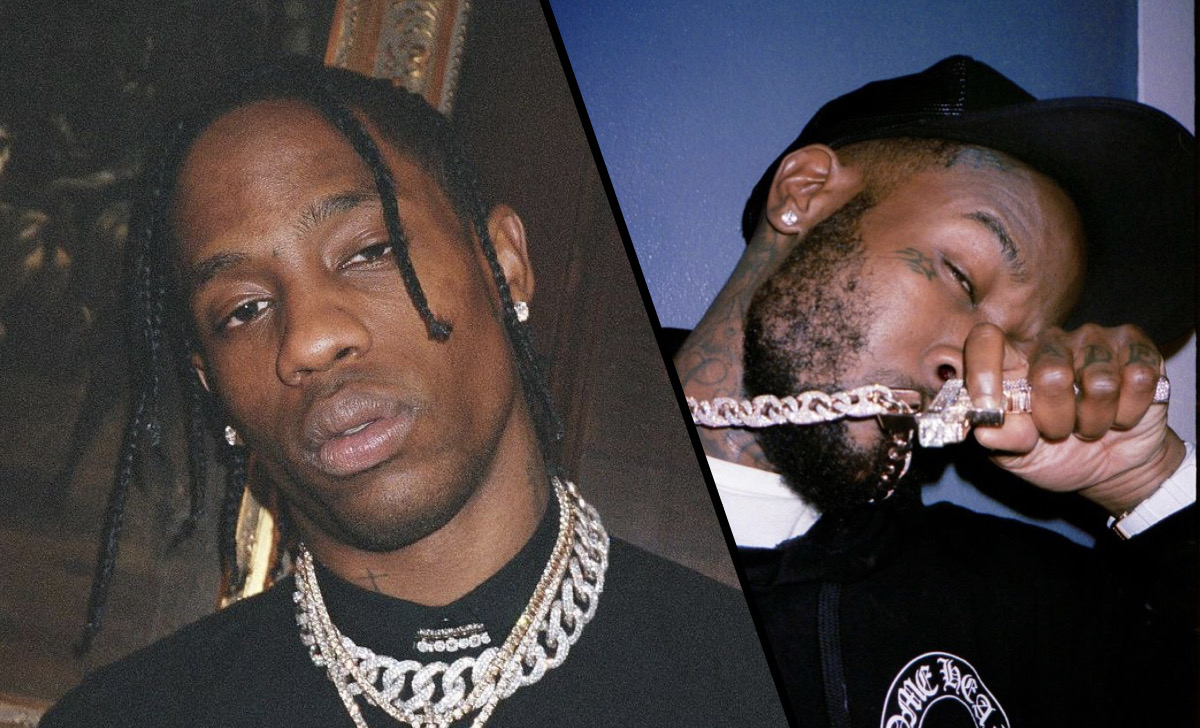 It has been a year since Travis Scott and Kid Cudi released the infamous ‘THE SCOTTS.’ The track dropped at an incredible time of uncertainty in the world, which was perfect for such high-caliber artists.

Everyone was waiting for the hyped-up collaboration while locked down in quarantine. But there is a lot more to this record than just being a huge radio hit.

Although this is their fourth official track together, this was a significant milestone for both of them. The track debuted at #1 on the Billboard Hot 100 in early May, giving Travis his third US top hit and collecting Cudi’s first.

‘THE SCOTTS’ made Travis only the sixth artist to ever have multiple #1’s. Leaving him with none other than Kid Cudi to thank for the career he has had so far.

The alias ‘Scott’ for the Houston native stems from Scott Mesudi’s influence on him throughout his career. He looked up to Kid Cudi since beginning in the industry, calling him a “superhero” during an interview on the Tonight Show.

When Travis was first starting to record music, Kid Cudi was at the top of his game. He had just released a chart-topping setlist with Man on the Moon: The End of Day.

Between 2009 and 2014, Kid Cudi would go on to produce four studio albums, all of them achieving top ten on the charts. Two of them, Man on the Moon II: The Legend of Mr. Rager and Indicud, would peak at #1 on the US Rap rankings.

Travis based much of his music on these standout Cudi tracks, mimicking the ties of rap and hip-hop with an autotuned sound. The slow and deep beat accompanied by emotional lyrics in many of his older songs resemble what Kid Cudi used to be. But now, Travis tends to drop more up-tempo music, and Kid Cudi wants to follow suit.

The two would eventually end up collaborating on four different pieces, including the ‘Through the Late Night’ and ‘STOP TRYING TO BE GOD.’ Cudi’s Man On The Moon III: The Chosen, the finale in the trilogy, was inspired mostly by Travis Scott’s recents. He was encouraged heavily to “rap more” and ended up creating authentic ad-libs.

Travis wanted more bars out of his idol and Cudi gave them to him and his fans in 18 tracks.

The album was first revealed by Gunna during an interview for his second studio album, Wunna, roughly one year ago on May 22, 2020.

Travis Scott announced in a GQ interview that he will be creating a “fire” new collaboration tape with Kid Cudi in the near future.

Although there has been very little word since last year, the duo has already produced multiple songs for the album. A release date is not determined yet, but fans seemed to be pumped for future news on the project.

We can only expect greatness from two of the biggest stars in the industry.

Released on August 16, 2019, So Much Fun was a massive win for Young Thug. There is a very strong chance you will quickly recognize this distinguishable and unique album cover. So Much Fun received generally positive reviews and debuted atop the US Billboard 200, becoming Young Thug’s first US number-one album.