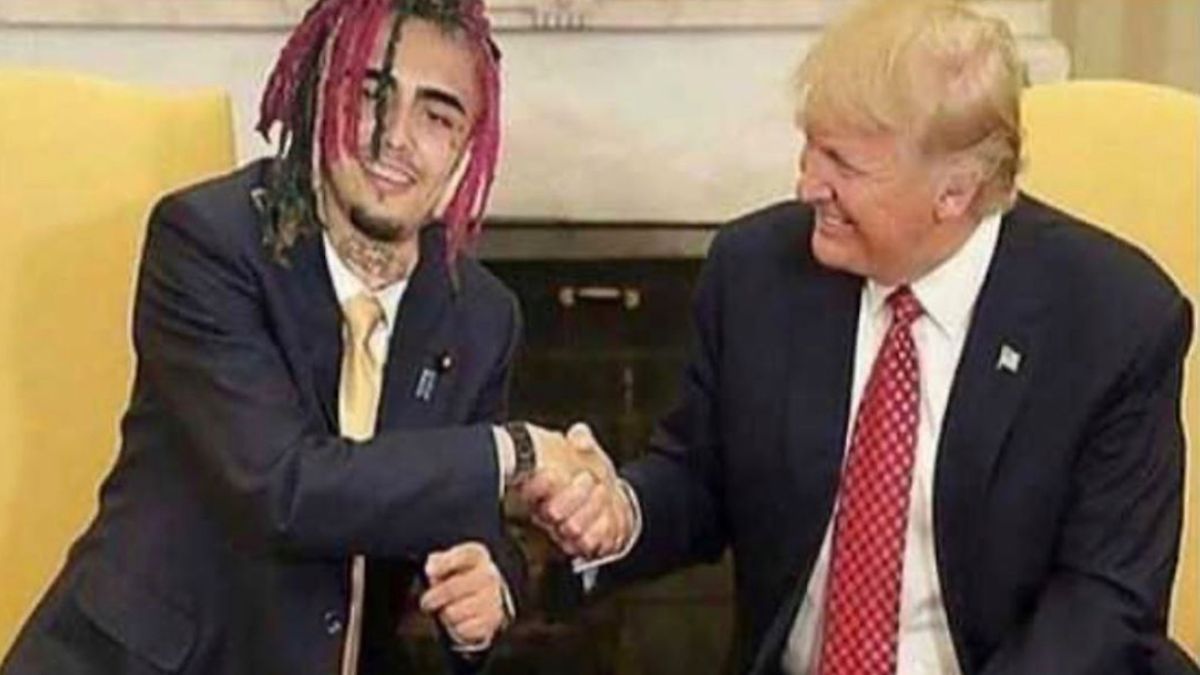 There have been some big names in hip hop that have expressed their support for Donald Trump this election, with most recently being the “Gucci Gang” rapper Lil Pump. The rapper said ”Trump 2020 B–ch F–k I look like paying an extra 33% in taxes for Biden F–k Sleepy Joe Trump 2020” followed with a photoshopped picture of Pump shaking Trump’s hand. For the most part Hip Hop leans on the left with Cardi B supporting Bernie Sanders earlier this year. So it was a huge surprise to the Hip Hop community that OG hip hop legend Ice Cube was going to be working with the Trump administration through his partnership with Black America. He partnered with the organization on a 13 point contract in July in response to the killing of George Floyd, O’shea Jackson says the contract is “a blueprint to racial economic justice” with proposals for addressing financial issues, police, criminal justice and education reforms. Ice cube isn’t the only OG showing support to Trump 50 Cent took to Twitter with a video of news reporters with the caption “Yeah I don’t want to be 20cent” he goes further to express his disapproval of Joe Biden’s tax plan  “is a very, very, bad idea. I don’t like it.” which is similar to what Lil Pump expressed. Although Ice Cube and 50 Cent showed support to Trump not many believe they fully endorse Trump as they are outliers in their political views.

Through all the controversy there was a photoshopped picture of Ice Cube and 50 Cent wearing Trump hats which was frankly obviously fake and hilarious. Chelsea Handler (50 Cent’s Ex-Girlfriend) spoke out against his support for Trump and said “ Hey F–ker! I will pay your taxes in exchange for you coming to your senses. Happily! Black Lives Matter. That’s you, f–ker! Remember?” She went on NBC’s “The Tonight Show.” where she publicly calls out 50 by saying “ I had to remind him he was a black person so he can’t vote for Donald Trump” after receiving even more backlash from fans he releases a statement. 50 took to social media to say “F–k Donald Trump, I never liked him” he furthered his statement with “For all I know he had me setup and my friend Angel Fernandez but that’s history” Chelsea continued the conversation “Honey- does this tweet me we can count on a vote for you for @JoeBiden? I’m happy to discuss this with you privately. My phone number is still the same. Your’s isn’t. I’ve tried calling you” trying to confirm his vote for Biden.