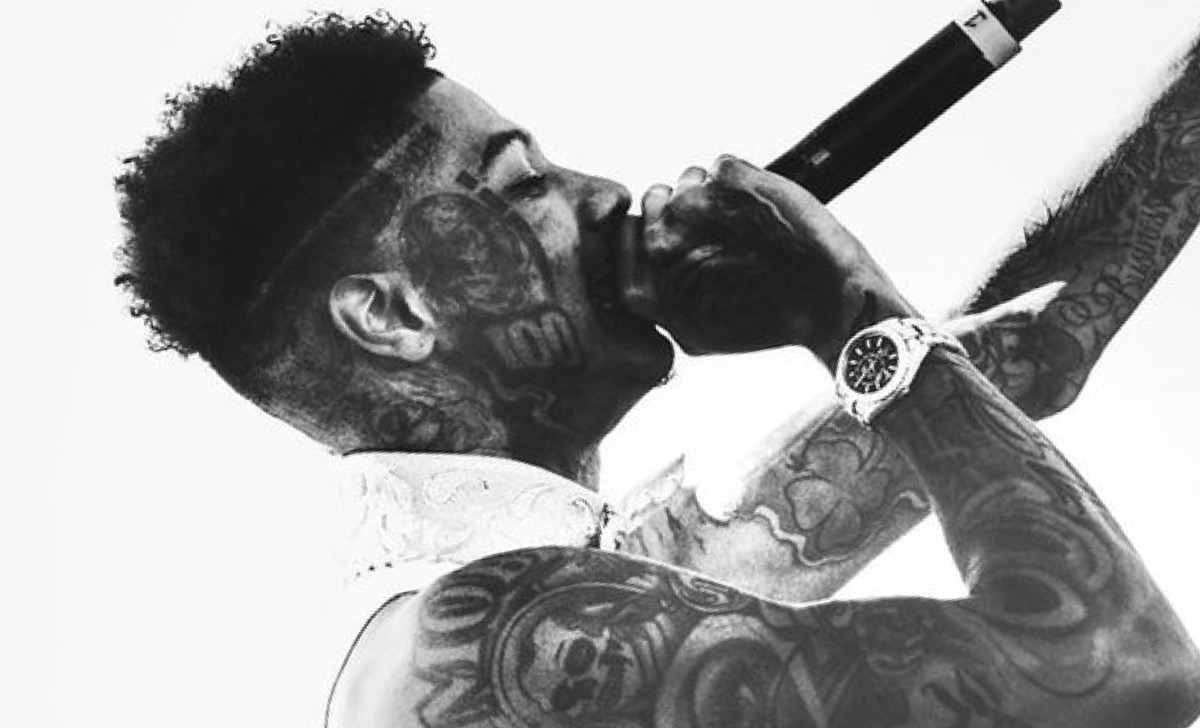 Johnathan Michael Porter, or what most know as Blueface, is likely a rapper you have heard of. If you are unfamiliar with this name, there is an even greater chance you have heard his songs “Thotiana” or “Bleed It” a time or two at a party, or in your friend’s car. Last fall, Blueface struck the idea for a reality show with a twist.

What Exactly is Blue Girls Club…

“Bad Girls Club” is well known as Oxygen’s controversial reality show, Blueface bought his inspiration here. Blueface’s idea was to essentially bring a handful of (young) women into his home and film their every move… for a month straight. Capturing intense drama, breakout fights, long partying hours, and everything in between, the rapper would then post the videos on OnlyFans and uniquely dub it “Blue Girls Club.”

For just about triple what you would pay for Netflix’s highest package ‘Premium’ you can have access to this madness. You also can sleep well knowing that the $50 monthly subscription is being almost entirely dumped into Blueface’s pockets and the women are being paid almost completely in “exposure.”

Let’s enter the house and see why this is increasingly gaining quite the media coverage. “Ready to get tatted?” Blueface asks multiple rooms of sleeping women living in his house in the quiet Los Angeles suburb of Chatsworth in early April. The cameraman pans around the room showing unmade bunk beds and clothes strewn around. “Tattoo or go home, which one is it?” he asks.

It did not take long for social media to blow up this clip. Receiving attention from all aspects, the house was even jokingly referring to as “Blueface Bootcamp.” Majority, however, were distirbed and frustrated by this clip. Many were concerned for the safety of these women and the “cult like atmosphere.”

Blueface’s publicity continued to blaze with stories and clips similar popping up left and right. Blueface then goes on to address this fire through a Tweet stating “Sheesh who knew my lil old OnlyFans show would be so viral,” adding, “WTF is a cult.” Blueface also addressed the sleeping arrangements Tweeting “America’s Next Top Model was on bunk beds but y’all mad at me.”

We hear from 23-year-old Zia, who participated in Blueface’s first show last year. Zia wants a message to be heard as she states “This could affect people mentally for a long time . . . I definitely think he is compromising the safety of a lot of young women, even outside the Blue Girls Club. I just think that they are in jeopardy.” Zia then talks about the physical that is evident throughout this show and states “He definitely needs to get some kind of real security or some kind of team that’s been trained in keeping people safe . . . For the first season, he was saying this is not like a fight club, it’s all about empowering women. But then season two, he’s saying he’s been in the gym so he could break up fights.”

Blueface’s Side of the Story

Blueface has previously claimed that his show is in fact intended for empowering women. The rapper states “the purpose of the show is to develop these women by exercising their temper, attitude, patience, and composure.”

“I’m letting them use my platform as a second chance to chase their dreams without selling themselves to get by,” he said. “I’m not lookin’ to make money off these women from OnlyFans, but I would at least like to make back what I put in. At the end of the day I am a businessman.”

Zia, who was previously quoted responds to this statement stating “He said, ‘This is great for you, you’re getting a following. This is going to change your life.’ My life is basically the same. He did give me a following, but I worked for it. I made money off it with my OnlyFans that I put together. He didn’t tell me to put it together. He didn’t tell me how to do any of this. He just said, ‘Here’s your following, now get out.’”

What are your thoughts on Blueface’s “House of Women?” Is the rapper in the wrong for what he is doing or is he truthfully giving these women an opportunity and a chance to build themselves a great career? We will leave that up for you to decide. If you found yourself enjoying this article, maybe you should click the link below and empty your pockets for some furthered entertainment!