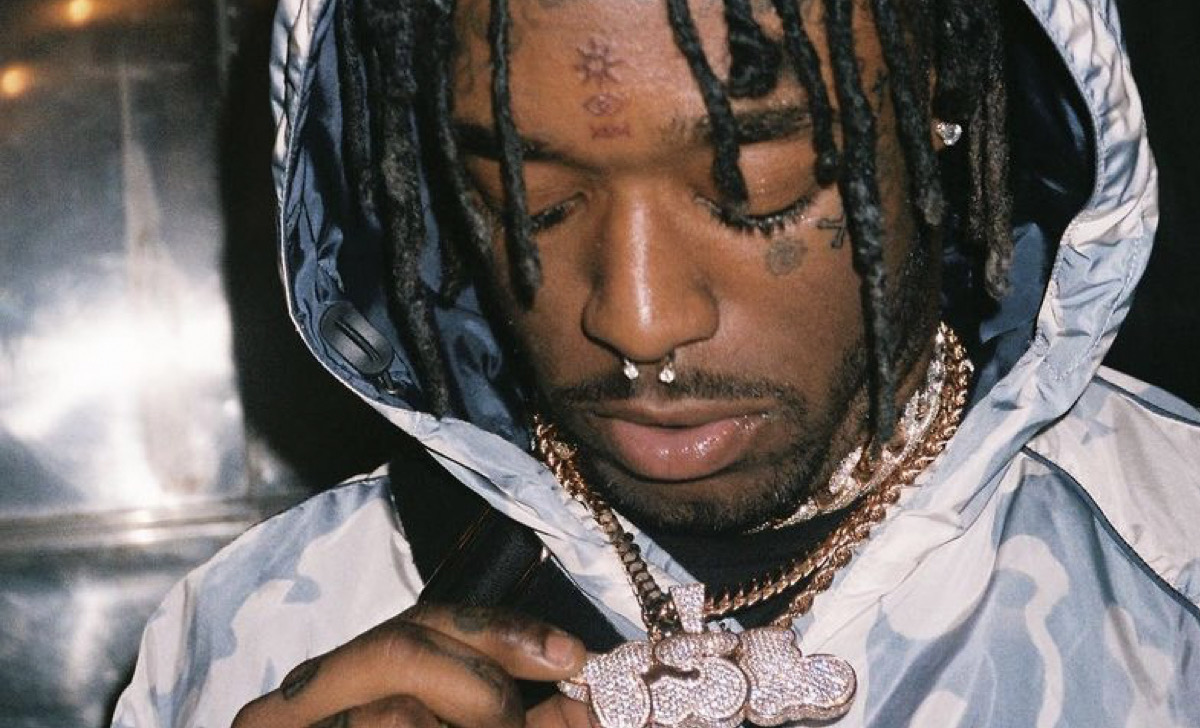 Home » News » Why Does Lil Uzi’s Ex Think He is Abusing JT?

Lil Uzi Vert is constantly shining in the media spotlight for his music. The talented performer has garnered three platinum albums and numerous top-charting songs, but nowadays, Lil Uzi is at the epicenter of beef between his current and past girlfriend. JT, his lover right now, and Brittany Byrd, his ex, have been going after it on social media.

Until their separation in 2016, Lil Uzi and Brittany Byrd seemed to be a compatible couple despite rarely appearing in news stories, whether for better or worse. Brittany is somewhat unknown to the public, and few have even seen pictures of her. She labels herself as an “artist” and “curator” in her Instagram bio while simultaneously promoting her art museum through her page.

Brittany recently fired off a few quick Tweets towards Uzi, which had to do with the “Arena Homme +” cover magazine he had done with JT. She tweeted a sock emoji, implying that Uzi had stuffed his underwear for the shoot. If it wasn’t for this, many of the current issues would have never made it to the public in the first place.

Brittany also verbally attacked Uzi’s girlfriend JT, forming allegations that the relationship is extremely abusive. She took to Instagram, posting on her story subtle shade toward the City Girl. She listed two different phone numbers for the “Domestic Abuse Hotline & Resources” and included a swipe-up link to their website. Although she did not tag JT in the picture, these were clearly direct shots being taken towards Uzi’s girlfriend.

JT could not let this go. She had a field day on Twitter after the uprising and cast out multiple hateful takes against Brittany Byrd. JT claimed that Byrd’s jealousy was the reasoning behind this altercation and that she wished “she could be in her shoes.”

She also responded quickly to the abuse claims with a very similar intended Instagram story. She included two phone numbers to the “Homeless Helpline” without any direct tag of who she was implying to help, or in this case, hate on. It was obvious though who her intended audience was.

The exchange did not stop there. Although nearly all of the tweets were deleted, there are still screenshots from later on showcasing JT’s hatred toward Brittany, whether it be her “homeless” personality or “obsession” with her boyfriend.

Lil Uzi has stayed out of this drama.

That being said, there is no basis for Brittany’s accusations. She has no evidence of ever even seeing the two together, nor has there been any leaked video or pictures of the two engaging in harmful conversations or physical beatings.

Uzi’s only tweets that mention the subject have to do with the love for his girlfriend. Before the altercation even arose, he took to Twitter, describing the City Girl as the clear-as-day pick.

Things have certainly quieted down since the last message sent from JT, but it does not mean that the beef has subsided.

These two girls were also bickering back and forth in March over Uzi’s unconfirmed texts. The messages exemplify Uzi’s true love for Brittany, but she is the one that does not want him. This would go against JT’s claims of jealousy, or support it if they were faked.

We will probably never know who is lying in these situations, but there certainly is still some tension to come from the two. Brittany and JT both love the attention but seem to not want to get too physical about the issues. Hopefully, Lil Uzi can continue to make music without any repercussions that would damage his reputation.