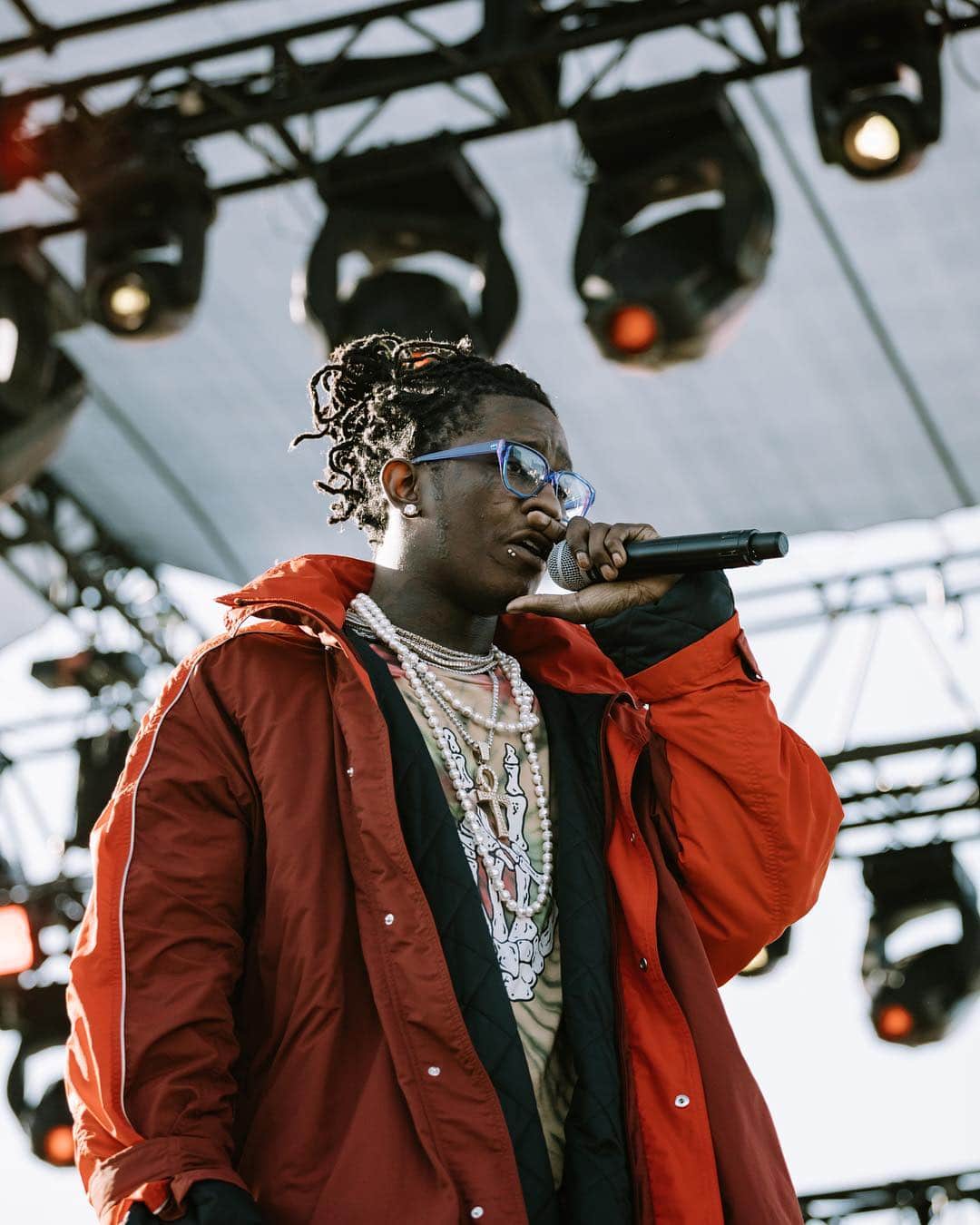 According to Michael Seiden of WSBTV, Young Thug, Gunna, and 28 other defendants have been charged in Fulton County, GA in 56 count indictment that includes RICO charges. According to the indictment, “Young Thug is accused of renting a 2014 Infiniti Q50 sedan from Hertz which was used in the commission of the murder of Donovan Thomas, Jr., a rival gang member, on 1-10-15.”

This story is still developing.