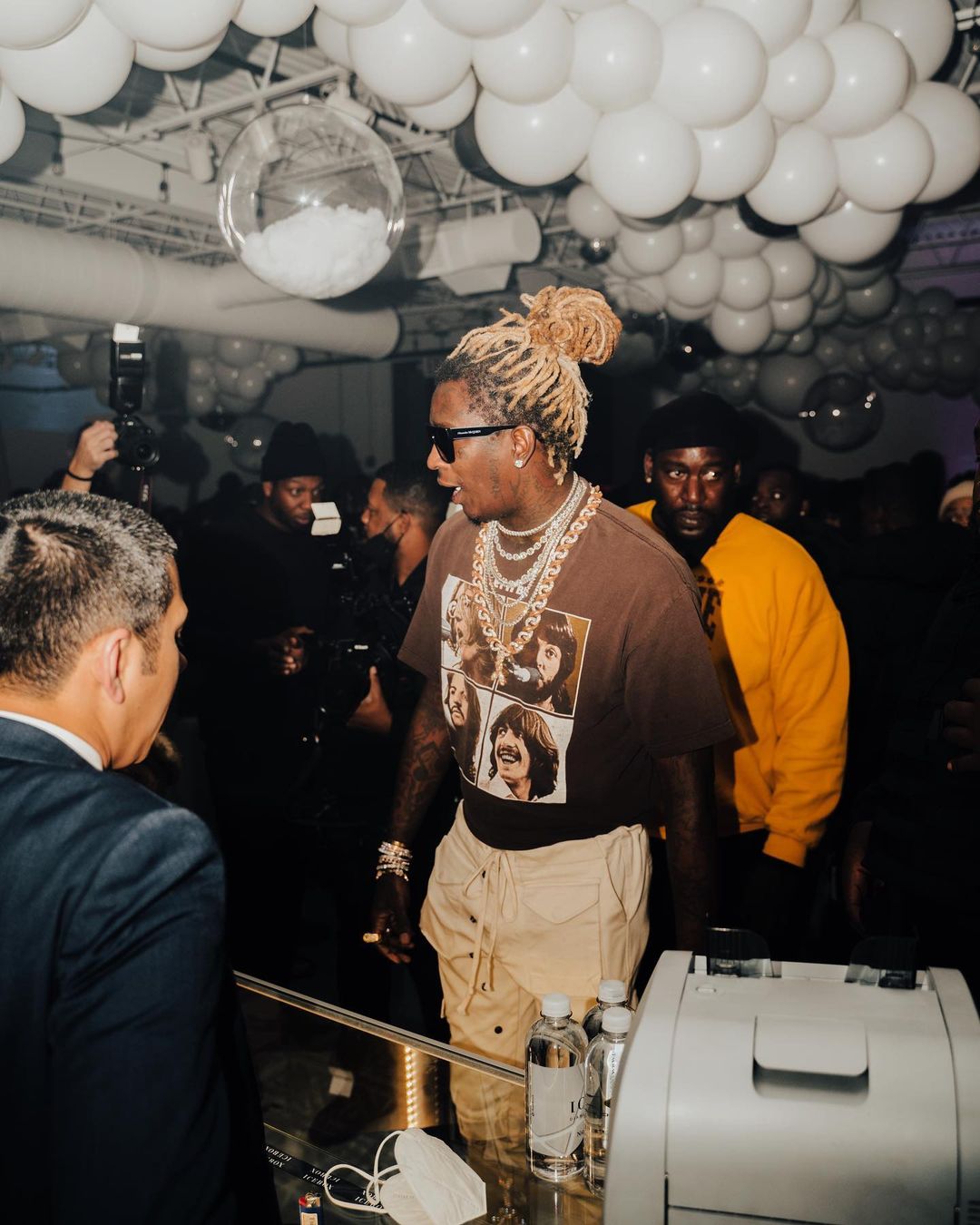 Young Thug fans might get more from Thug this year than even Thugger himself expected after AllHipHop revealed that the rapper is suing the owners of The Trace apartment complex, claiming to be a victim of negligence and/or possible theft on the part of the concierge service at his previous, swanky 2020 abode.

Apparently, upon returning to his Georgia apartment’s parking complex on November 1st of 2020, he accidentally left a Louis Vuitton bag containing $40,000 in cash, diamond encrusted jewelry worth over a $80,000 and a hard drive of over 200 songs worth an estimated $1 million, next to his Lambo.

The bag was sited by a fellow resident who reported it to a concierge service employee named Lillie Bouie who placed it in a secured area and called Young Thug to inform him that it was safe. Bouie then placed a note on the bag that informed other employees not to release the item to anyone without her permission. However, a second employee named Latoya Guest ignored the instructions and released the bag to an unknown person.

Court docs revealed that Thug’s legal theory is based on the fact that The Trace failed to train and supervise its employees properly, meaning that residents were subject to inadequate protections.

If any of the 200 songs on the lost hard drive are leaked, they would join other stolen Thugger songs from the past that circulated the internet without his permission.