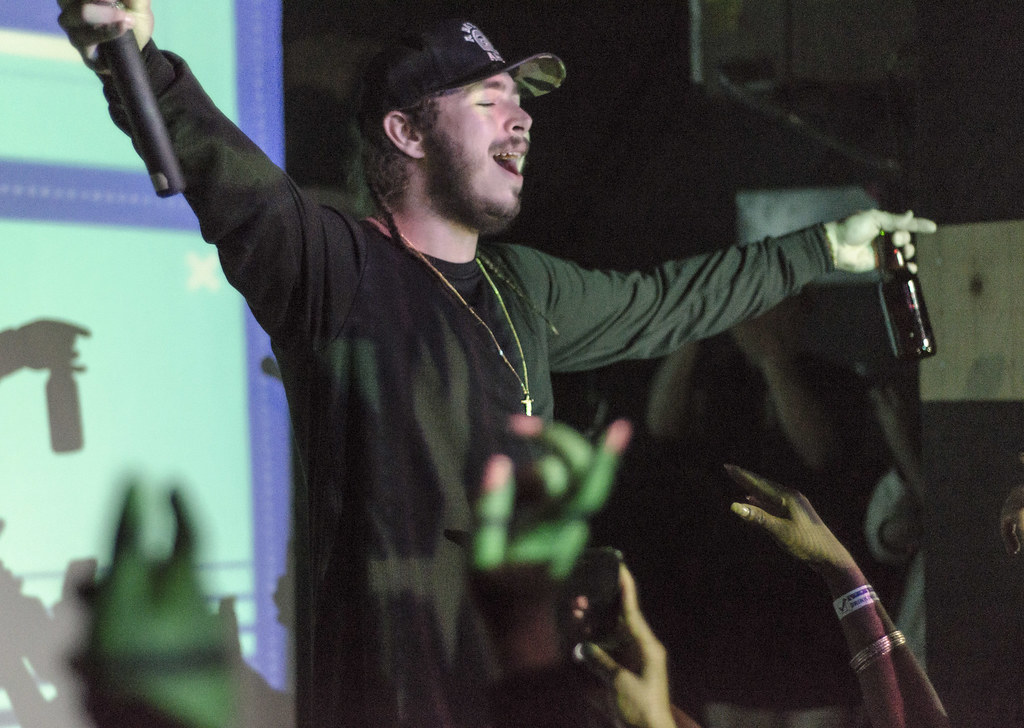 Home » Too Short » Does Post Malone Have a Girlfriend?

Post Malone, more formally known by his real name Austin Richard Post, is a hip-hop rapper cultural icon from New York, but unlike many of his contemporaries, he isn’t known for always having the latest fling or summer beau. Instead, his romantic life has actually been one of the more private targets for the gossip mill even dating back to high school. He doesn’t tend to demonstrate his affections too openly and he doesn’t go on talking on social media about his significant other(s). So does songwriter and rockstar Post Malone have a girlfriend? To answer that, we have to start at the beginning.

Any true fan of Post already knows the story of him and Ashlen Diaz, but let’s bring you up to speed in case you aren’t aware. When Post was 20 years old in 2015, he met a woman named Ashlen, who was around the same age and who worked as a music promoter for a local Dallas nightclub. It was at this nightclub that she secured a gig for Post to perform – this was important for his future career, as he was trying to build up a reputation in the industry.

Yet even before this point, Post had reportedly developed feelings for Diaz. On the night when he was supposed to play the gig, he admitted his feelings for her. It wasn’t long after that they began dating officially, and it wasn’t long after that that Post received the opportunity of a lifetime. He was discovered by 1st Down FKi and created the best-selling track that would catapult him into fame and fortune: White Iverson.

Throughout 2016, the two continued to date, with a minor blip on the radar where they had a small break up and eventually got back together, detailing some of the events on an interview with The Breakfast Club. All throughout this time until 2018, the juicy details of their relationship were not privy to the media, despite the efforts of plenty of snoopy reporters.

This didn’t stop some Twitter followers from trying to get Post and Diaz to break up. Sometimes, fans can truly be a bit nuts!

Unfortunately, the relationship was not destined to last. In 2018, Post and girlfriend Ashlen Diaz broke up, with different stories about exactly how the split occurred. Some claimed that Post had broken up with his girlfriend because of the increased focus on his music while others told a different story, saying that Diaz was the one who did the deed. But no one knows to this day what happened or why the split occurred in the first place.

Either way, the relationship came to the end, marking a three-year period where Post Malone’s girlfriend relationship status was firmly known and locked down.

… So what came after? Enter the saga of the “yacht babe”.

It wasn’t long after the reported breakup – in 2018, the same year, in fact! – that Post had more attention on his love life. Thanks to reports from those such as US Weekly and Rolling Stone, somewhat blurry snapshots of Posty and a dark-haired woman hit the web. The two were apparently caught spending time together on a yacht while the hip-hop star was on vacation. Despite the Internet sleuthing efforts of the best would-be digital detectives, no one was able to, or has been able to since, determine the identity of the mystery woman and figure out the details of that engagement.

Even more interestingly, more photos surfaced soon after showing the two at the George W. Bush International Airport, holding hands. This piece of evidence, more than the last, indicates that Post at least temporarily found someone else to have a relationship with. Short-term flings don’t normally include traveling long distances for one another, after all.

Still, things remain mysterious, as there haven’t been many (or any) confirm sightings of the pair since the original blurry photos that cropped up within a month of each other. In fact, Post has been extremely quiet about his relationship status and what he is or is not looking for in the romantic sphere.

Since 2018, Post bought a new house for $3 million in Utah, where he also plans to start up a music production company. Despite reporters doing their best, there haven’t been any sightings of the former mystery woman or any other definite sightings of women hanging around the mansion for possible romance.

He’s also doing just fine, career-wise. As RapTV says, Post is still producing top album hits, even over the last year (2019). So there’s plenty of success to still be found with the young star, which means he’s more than likely capable of getting plenty of female attention if he wants it.

Yet when Post stuck with his first girlfriend for three years, even as he rapidly climbed the social ladder, there wasn’t any buzz about infidelity or other shenanigans. Post seems to be a long-term, stable relationship kind of guy, which we can definitely respect.

So Is He Single, or Not?

Does this mean that the Stoney and Beerbongs & Bentley’s creator, Post Malone is single? Not necessarily.

Post already has a history of keeping his romantic life relatively under wraps, especially compared to many of his fellow hip-hop stars. He took to Twitter several times before, warning fans to stop snooping into his personal details, especially when they originally called for him and Diaz to break up.

Because of this, it’s unlikely that he would ever announce a new engagement or relationship, even if he had begun one. Post doesn’t seem to like attention on this part of his life even though he enjoys hanging out in general and is an overall sociable guy. That’s fair, though – not everyone likes their romantic life to come under scrutiny from the general public.

Does Post Malone have a girlfriend at this point? It’s possible, but you’d also expect a few more substantial rumors to be circulating if this was the case. Although Post doesn’t announce relationships himself, the era of social media is at its peak and practically everyone has a camera in their pocket these days. It would be a tall order to keep something like this secret for very long, but if anyone can do it, it’s someone with a net worth of $14 million!