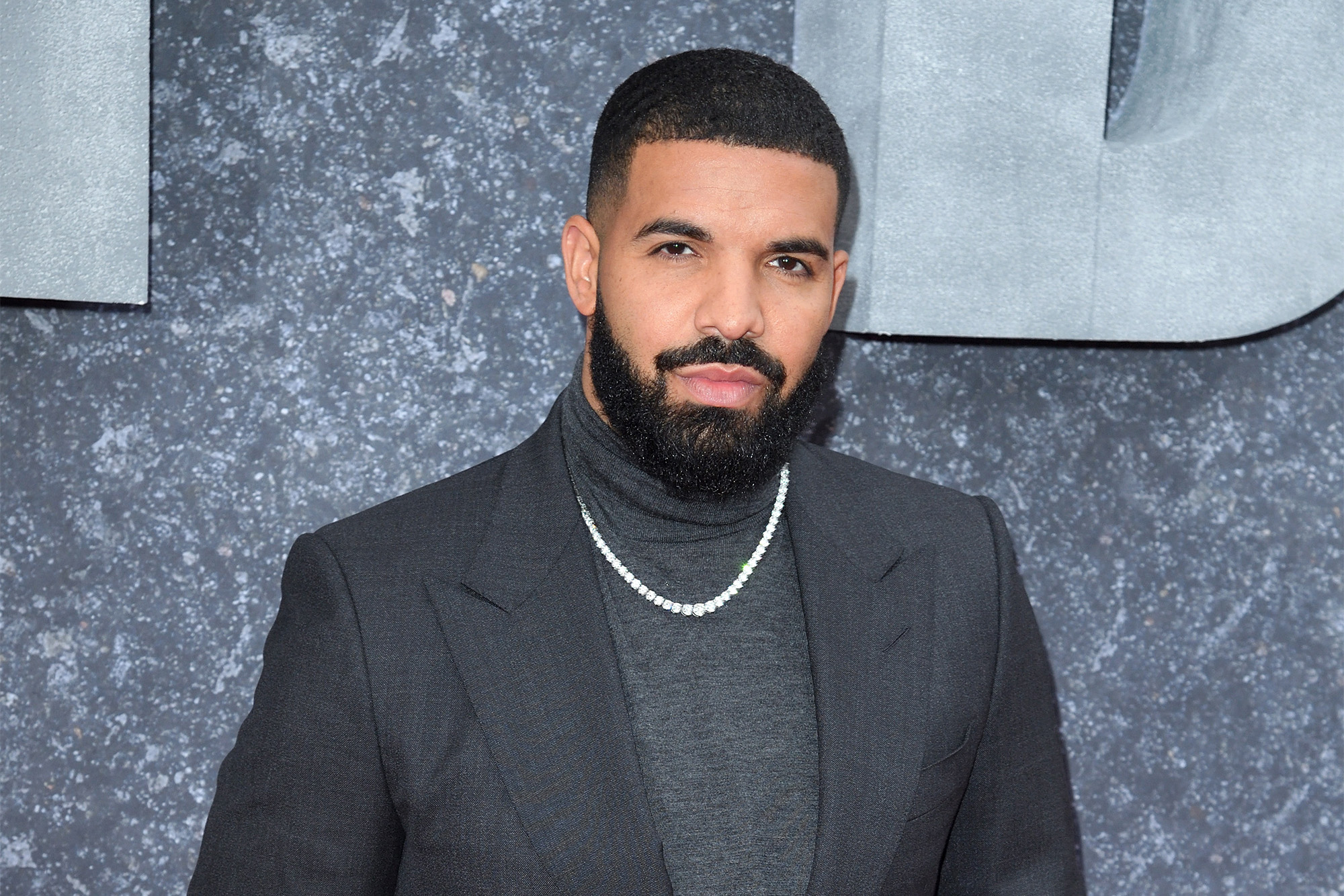 The mega-famous musician Drake was given the name Aubrey Drake Graham at birth on October 24, 1986. He is not just a Canadian rapper, singer, songwriter, record producer, actor, and entrepreneur, he is the primary artist that opened the floodgates for the world to pay close attention to the most multicultural city in the entire world – Toronto in the Ontario province of Canada. His recognition began as an actor on the high school teen drama television series Degrassi: The Next Generation in the 2000s, but he was insistent on pursuing a career in music, leaving the series back in 2007 after releasing his debut mixtape Room for Improvement.

Drake earned his way up the ladder of success in the music industry, releasing two other independent projects, first there was Comeback Season, and So Far Gone followed, which ultimately led him right to the door of rap star Lil Wayne’s Young Money Entertainment record label in June 2009 – and the rest is history. But there are also plenty of exciting twists and turns in the Canadian superstar Drake’s story, so hop along for the ride.

Aubrey Drake Graham’s parents are Dennis Graham, an African American musician from Memphis, Tennessee, who was a drummer, performing with country musician Jerry Lee Lewis and soul music king Al Green. Drake’s mother, Sandra “Sandi” Sher is an Ashkenazi Jewish Canadian who worked as an English teacher and florist. The rapper Drake in his youth attended a Jewish day school and formally celebrated his Bar Mitzvah in a religious service.

Drake’s parents first got together when Dennis Graham had a performance at Club Bluenote in Toronto. This is where he first interacted with the woman who would become Drake’s mother, Sandra, who was in attendance. Unfortunately, the two parents would do so at a distance because they didn’t stay together. Drake was raised in two Toronto neighborhoods: Weston Road in the city’s working-class west side area up until grade six, and then to the city’s much more affluent Forest Hill section in 2000.

Drake was said to have been inspired by Jay-Z and Clipse, with a self-released debut mixtape, called Room for Improvement in 2006, with production from Canadian producers Boi-1da and Frank Dukes, who are both huge sound creators in their own lanes. Drake sold over 6,000 copies of Room for Improvement and went right into 2007 with his second mixtape Comeback Season with his new October’s Very Own label.

The song “Replacement Girl” featuring Trey Songz made Drake become the first-ever unsigned Canadian rapper to have his music video featured on BET, on the channel’s “New Joint of the Day” segment on April 30, 2007.

Drake put out his third mixtape So Far Gone in 2009 as a free download through his OVO blog website, receiving over 2,000 downloads in the first 2 hours and had plenty of mainstream commercial success from the singles “Best I Ever Had” and “Successful,” both gaining Gold certification.

This prompted the mixtape getting the re-release treatment as an EP later on with only four songs from the original and the additions of the songs “I’m Goin’ In” and “Fear.” This refurbished version debuted at number six on the Billboard 200 and won the Rap Recording of the Year at the Canadian 2010 Juno Awards.

Drake gave audiences his debut studio album Thank Me Later on June 15, 2010, debuting at the number one top spot on the US Billboard 200 with sales of over 447,000 copies in its first week of business, and became the top-selling debut album for any artist in 2010, Drake’s first album has arguably the three biggest rappers at the time on the project – Lil Wayne, Kanye West, and Jay Z.

Drake released the debut single “Over” on March 9, 2010. That song “Over” was far from over, peaking at number fourteen on the Billboard Hot 100, then topping the Rap Songs chart and receiving a nomination for Best Rap Solo Performance at the 53rd Grammy Awards. “Find Your Love” leaped up as an even bigger success, peaking at number five on the Hot 100, and was certified Platinum.

The creative mandate for Drake’s second album in the fall of 2010, was to allow friends and musical partner Noah “40” Shebib to handle most of the production and create a sound more cohesive and distinctively his own than the previous hit album Thank Me Later. In November 2010, Drake revealed the title would be Take Care stating that the second album was called Take Care because he got to take more time on it than was allotted to him the first time around.

Drake maximized his low-tempo, dark, sensuous trademark styles and incorporated more R&B and pop to go in a larger sonic direction, especially with the song “Marvin’s Room.” Take Care entered the public’s consumption on November 15, 2011. It won over critics, with many commenting on how this was a more unique step in the right direction, also proven by winning the Grammy Award for Best Rap Album at the 55th Annual Grammy Awards, and eventually being certified quadruple Platinum by the RIAA in 2016.

Growth and expansion continued with Drake founding the OVO Sound record label with collaborator Noah “40” Shebib in 2012, while Take Care flooded the industry with hot singles.

Nothing Was the Same

Nothing Was the Same proved to be a proper follow-up to Take Care, debuting at number one on the US Billboard 200, and already being a Gold-selling album in its first week of release on September 24, 2013. Nothing Was the Same was also reported to have sold over 1,720,000 copies in the United States, promoted by the “Would You Like a Tour?” throughout late 2013 to early 2014. Let’s not forget that this tour grossed an estimated $46 million.

“Hold On, We’re Going Home,” Nothing Was the Same‘s second single, went on to become the most highly successful single off the album, peaking at number one on the Billboard Hot R&B/Hip-Hop Songs chart, with Drake stating that the inspiration for the song came from the television series Miami Vice from the 1980s during the composition of the song’s music video. Another honorable mentions from this album include “Started from the Bottom.”

Not every direction that Drake flowed into was completely smooth sailing in the glamorous life of Drake. There were a lot of haters and altercations musically with other artists. Controversy suddenly arose in July 2015 when it was alleged by Meek Mill that Drake had used ghostwriters during recording sessions for Meek Mill’s song “RICO,” and widely believing the ghostwriter in question to be an artist that was still fairly unknown at the time named Quentin Miller. Despite Miller collaborating with Drake and receiving past credits, Mill was urging his audience Quentin Miller had written Drake’s verse for “RICO.”

This pushed Drake to respond with two diss tracks, titled “Charged Up” and “Back to Back,” with it widely believed that Drake came out victorious in this verbal feud. But Meek Mill and Drake have since become cool with each other again.

Lyrical spats continued between Drake and Virginia rapper Pusha T, this time because Pusha criticized Drake on “Infrared” in 2018 on Push’s Kanye West-produced album Daytona, prompting Drake to respond with the “Duppy Freestyle” diss track on May 25, 2018.

Drake unleashed more massive song, albums, and mixtapes like If You’re Reading This It’s Too Late (2015), What a Time to Be Alive with Future (2015), and “Hotline Bling” (2015), which was Drake’s highest singles chart song at number three in the UK. But there were plenty of wealth-generating efforts happening off the stage as well. Drake became the “global ambassador” for the Toronto Raptors NBA basketball team in 2016.

Drake and announced his development with American entrepreneur Brent Hocking of the bourbon whiskey Virginia Black that was launched in June 2016 and was responsible for breaking sale records in Canada. The company was a hit, selling over 4,000 bottles in the first week domestically in addition to shipping a further 30,000 units when rollout was extended to select international markets in late 2016.

Virginia Black was promoted through Drake’s music and tours, such as giving fans the chance to be a part of the “Virginia Black VIP Lounge” additional package available for purchase during the Summer Sixteen Tour. The company later aired commercials with Drake’s dad Dennis Graham featuring the tagline of “The Realest Dude Ever,” an OVO satire of “The Most Interesting Man in the World” tagline by the beer brand Dos Equis after extending the sale of the drink to various European countries in 2017.

Drake has a 35,000-square-foot, $100 million estate nicknamed “The Embassy,” built from the ground-up in 2017 in Toronto, Ontario, seen in the video to his song “Toosie Slide.” He also has a massive house in Hidden Hills, California, since 2012, and a Toronto condo adjacent to the CN Tower and a Boeing 767 airplane.

Drake is now a father to one son named Adonis, born on October 11, 2017, to French visual artist Sophie Brussaux, making his son’s birthday one week before Drake’s.

After winning the Grammy for Best Rap Song for “God’s Plan” just a couple years earlier, Drake and Future were back at it again in 2020 on the song “Life Is Good,” which has been rumored to be a single for the sequel to their mixtape What a Time to Be Alive (2015) and put the song out on January 10, 2020. On January 31, the pair again collaborated on the song “Desires,” although it was released for free after being leaked. There was no letting up in 2020 for Drake.

On February 29, 2020, Drake released the songs “When to Say When” and “Chicago Freestyle,” and later on April 3, 2020, Drake released “Toosie Slide” with a music video, featuring a dance, which was created with the social media influencer Toosie. “Tootsie Slide” debuted at number one on the Billboard Hot 100, which helped to make Drake the very first male music artist to have three songs debut at number one. “Tootsie Slide” was also recognized as a clever way of Drake tapping into the TikTok social media trend and creating a viral moment.

May 1, 2020, is when Drake gave out the mixtape Dark Lane Demo Tapes, with guest appearances by Chris Brown, Future, Young Thug, and Playboi Carti, and if that was not enough, there was the announcement that his sixth studio album will be released in the summer of 2020. The work ethic of Drake continued to dominate the market on July 17, 2020, when DJ Khaled released two new songs on the very same day that the two made called “Greece” and “Popstar.” These songs were used as a jumping-off point for DJ Khaled’s album launch, and also help create further anticipation for a new album.

Drake is also the most streamed artist of the decade on Spotify with over 28 billion streams. Even with all the success, Drake still found some meaningful thoughts in the coronavirus (COVID-19) pandemic, to which Drake says “It’s an interesting time for us to figure out what people need”.

When all of Drake’s music is all said and done and written in the history books, he will have taken his talents into the worlds of television, film, music, alcohol, sports, fashion with his OVO brand clothing, and even putting his stamp on other musicians along the way. From Toronto to the rest of the world, Drake’s story is being heard loud and clear.