How Many Cars Does Travis Scott Own? 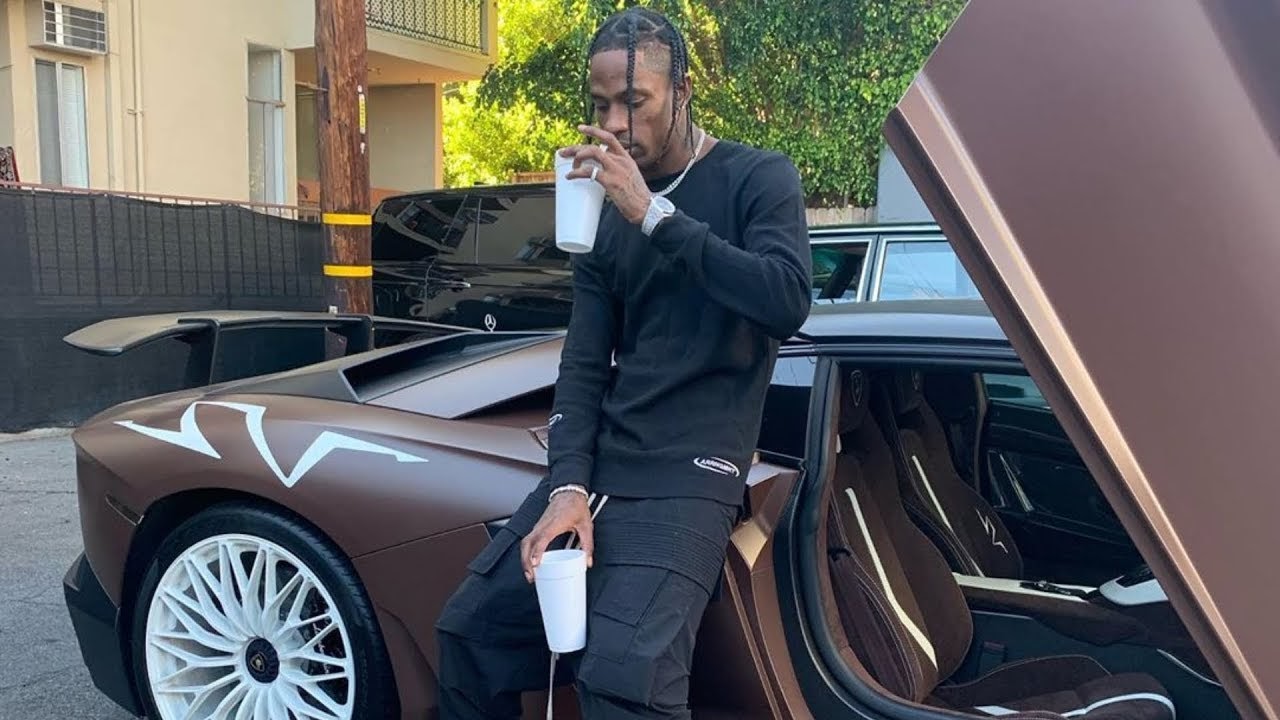 Home » Q and A » How Many Cars Does Travis Scott Own?

Houston rapper and producer Travis Scott truly lives up to his music when it comes to cars, and his 2020 video for the song “Franchise” featuring Young Thug and MIA proves it. The video is filled to the brim with sports cars in classic hip hop fashion but with a surreal twist. Even Christopher Nolan loved the video, leaving a note of praise for Travis Scott, which the star shared with Twitter late last year.

Travis Scott’s Climb to the Top

For those not in the know, Travis Scott’s career exploded first after a contract with Epic Records. His first two mixtapes, Owl Pharaoh and Days Before Rodeo did relatively well, but didn’t spring him into the mainstream just yet. In 2015, his album Rodeo pushed him much further into the public eye, and then Birds in the Trap Sing McKnight reached the Billboard 200 list. Later he would go on to sign a publishing contract with Kanye West’s GOOD Music, gaining wide exposure, and finally signing with T.I’s Grand Hustle imprint as well.  Finally, his 2018 album Astroworld blew up and gained him critical acclaim, along with a Billboard number one spot.

The success of Scott’s music has landed him numerous brand deals with huge names like Nike and most recently (and lucratively) with McDonald’s, having a meal named after him. Since then, his fame, along with his net worth, has skyrocketed to a whopping estimated $50 million. So it is truly no wonder that Travis Scott has acquired a taste for the finer things.

The music video for the Travis Scott song “Franchise” featuring Young Thug and MIA, which dropped last September, is a great place to start. Clearly, Scott is premiering his even greater wealth with a whole parade of expensive automobiles.

The video features these polished rides parading down Travis Scott’s lavish driveway and lawn. At the head of them all is a first-generation Acura NSX. This is a glorious, right-handed import from Japan, and it leads a parade of mostly Nissan Silvias, along with a Nissan Skyline Sedan in hot pink.

These cars later appear as the rappers smoke and play golf together.  Meanwhile, Young Thug delivers his verse in front of a floating, heavily modified X80-gen Toyota Cressida with a green underglow.

While Travis Scott does not reportedly own most of the cars in the video, they certainly show a lot about his tastes. However, thanks to Instagram, Twitter, and other sweet music videos, we can be sure that what Travis Scott definitely does own, is definitely nothing to sneeze at. Here are the cars Travis Scott calls his own:

Travis Scott showed off a brand new black Bugatti Chiron just last year in 2020, which he bought himself for his 28th birthday. The car is reported to be worth nearly $3 million dollars. The Chiron is a French supercar with four turbo engines, totaling 1500 horsepower. It can reach speeds of 60mph in under 3 seconds and maxes out at nearly 270 mph.

Travis Scott loves to pose in front of his warm, chestnut-brown Mercedes Maybach. It is a luxury SUV perfect for long California drives and off-road adventures in style. The car is a completely modified Mercedes Benz G650. He extended the rear of the car to add a whole convertible seating section with wool carpeting. The car is reported to be one of only 99 in existence.

If you didn’t already think this car was perfect for any outing, it also reportedly features a massaging system in the seats, along with silver champagne flutes.

This car could almost make it as Travis Scott’s signature ride. With a bold and stylish purple camo and star pattern on the outside, it could make anyone stand out. The car maxes out at about 250 mph. It has a whopping 602 horsepower and all-wheel drive, allowing for wild maneuvers. With all of that, it looks like a car fit for a superhero.

Originally, the car was all black, and many fans criticized the rapper’s decision to turn the car camo, thinking it was a bit strange. Others argued it matched the rapper’s aesthetic and made the car more distinguishable.

Finished with a nice, subtle, warm brown matte paint and clean white rims, Travis Scott’s Lamborghini Aventador is a classy car, to say the least. The Aventador seems a great car to take out on the town or to more formal occasions, as Travis Scott is often seen posing in his most classy attire in front of it. The interior has been redone with brown alcantara upholstery.

As a Lambo, it’s even faster than the Huracan with a seriously powerful 750 horsepower. West Coast Customs made a video of them revealing the new ride to Travis Scott, who is left almost speechless, saying later he felt like was in shock. “I wanna run off this camera, I’m too excited,” the star gushes.

Next is Travis Scott’s Range Rover, which is the same color as his Aventador, a warm brown matte. However, this time, the wheels match the golden-brown paint. He showed it off as promotional material on his Instagram for Reese’s Puffs, posing in front of the hood with his head in his hands.

This is Travis Scott’s go-to vehicle for reliability and comfort. Still, while somewhat lowkey, the car is still flashy enough to keep Scott on the radar.

Fans know that this is a Travis Scott classic ride. In bright burnt-orange, this Ferrari 488 moves like a flame. It is one of his more exotic and rare cars, a formidable buy in the world of car collectors. It has a twin-turbocharged engine that cranks out 660 horsepower.

Another rare supercar, the Ferrari LaFerrari was originally bought at a rumored $1.4 million dollars for Kylie Jenner. It is a uniquely modeled car, also seen in a burnt-orange color featured in one of Travis Scott’s McDonald’s ads. It has a hybrid motor and still maxes out at 350 mph.

Not the flashiest of cars, or even really flashy at all, this charming black Toyota was bought by Travis Scott and displayed in one of his pop-up stores, strewn with white bird poop from being left outside.

He called it his “Hood Toyota” and is rumored to own more than one. While not the most outrageous car performance-wise, Scott likes the design of the car and has a personal affection toward it. The car, along with other Japanese vehicles, is flaunted in the music video for the title track of his album “Jackboys’ released early in 2020. The video’s plot of retro-futuristic crime and grit lends to the car’s aesthetic value.

While Travis Scott is certainly not shy about his slick rides, one can’t ever be sure how many cars, not yet shared online or featured in a video, he currently has lined up in garages, waiting for their big debut.

For instance, it’s been rumored that Scott owns a silver Lamborghini Urus, based on Instagram videos, but none can say for sure.

With eight cars known of and reported in existence, there will inevitably be more, especially if Scott’s video for “Franchise” tells us anything. Gearheads and fans of Travis Scott’s music alike must be excited for what the future holds for the star, especially for what supernaturally fast cars will be the set pieces of his next smash hit.