How Many Gifts Did Young Thug Buy Last Year? 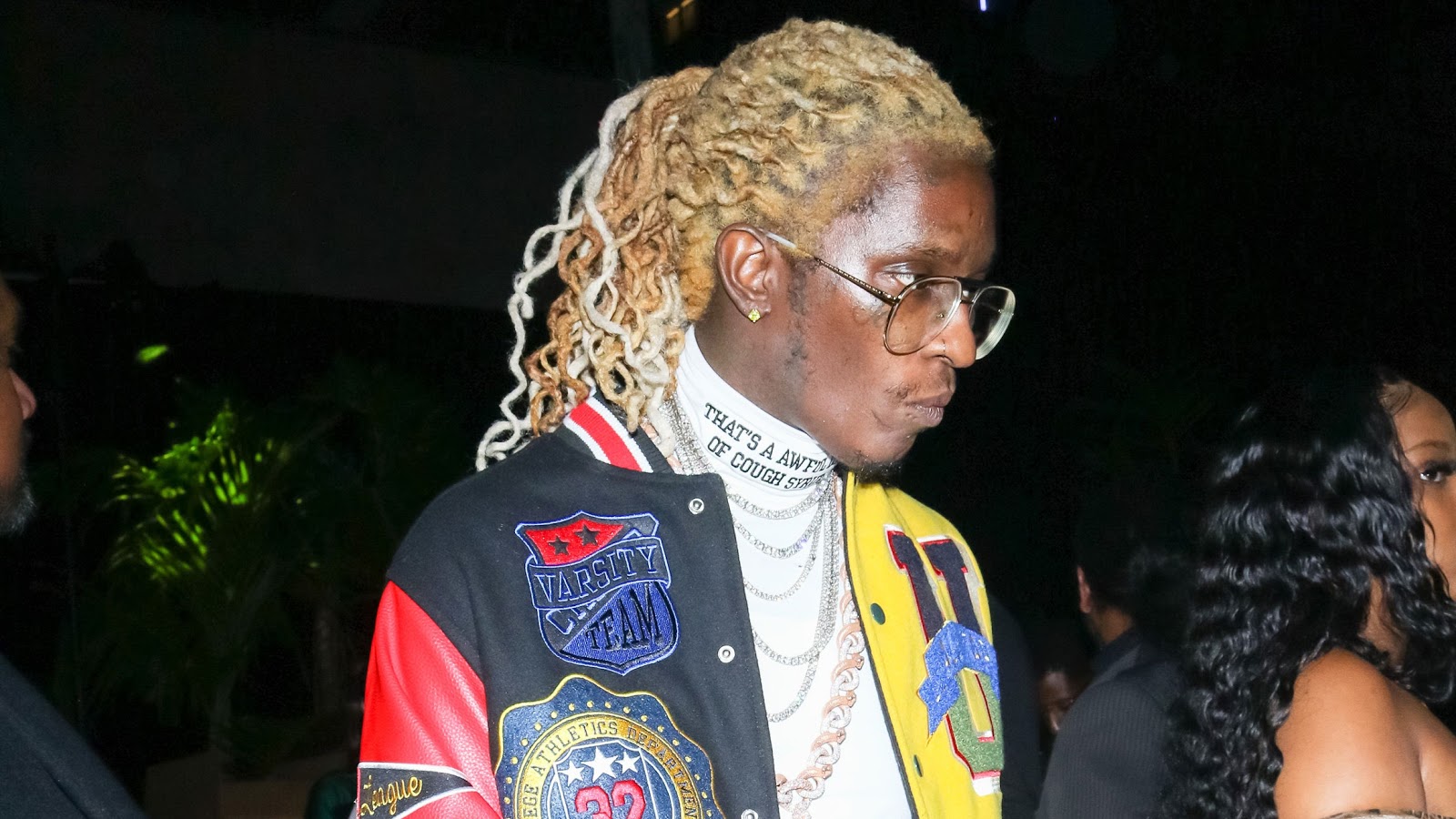 Home » Q and A » How Many Gifts Did Young Thug Buy Last Year?

Atlanta-born rapper and trap legend Young Thug, who has given us hits such as “Danny Glover,” “Go Crazy,” and “Hot,” is no stranger to extravagance. Like any great in the hip-hop world, Young Thug has earned the right to boast about his lifestyle. The glittering ice that is watches, jewelry, chains, piercings, and so on, the fast supercars, royal mansions, and wild parties are all part of Young Thug’s image, legacy, and lyrics. But as iced-out as Young Thug may be, he doesn’t forget about his homies.

Young Thug is as generous as he is rich and has earned himself a reputation for his lavish gifts. According to celebrity reports and social media, Thugger has already gifted all ten of his siblings cars and homes in the past. And that was as early as 2016.

With expectations rising, it begs the question: How many gifts did Young Thug buy for his homies in 2020?

One of Thugger’s most wholesome gifts of 2020 had to be for his longtime girlfriend, now fiance, social media influencer, model, and musician, Jerrika Karlae, known professionally as Karlae. The two have been together for upwards of 5 years, meeting around 2014 in Gucci Mane’s studio, and have been together ever since.

Back in October, Young Thug decided to congratulate Jerrika Karlae on her success as a businesswoman and musician with a new drop-top, red Ferrari. This came right before the release of Kaelae’s new single, Jimmy Choo, which features Young Thug himself and Gunna.

Karlae took to Instagram and Twitter to thank her future hubby, praising his generosity in no light terms. She posted videos of her excitedly rapping her favorite songs, all the while revving the engine, laughing, and freaking out over her shiny new car. Karlae later took time to remind fans to believe in themselves and that good things can happen.

The timing of this gift certainly played into getting some exposure for the couple’s new single, “Jimmy Choo.”

2020 also saw Young Thug showing some love to fellow Atlanta trap legend, “Drip Too Hard” rapper Lil Baby, who turned 26 last year. In December, he threw a birthday bowling celebration in his hometown of Atlanta, inviting friends such as Gunna and, of course, Young Thug.

The weekend also included an “Ice Ball” in which 100 guests celebrated amongst huge displays of jewelry. During this weekend, Lil Baby got diamond-encrusted glasses, a white Coupe, diamond knuckles, and all kinds of other extravagances. Together, Lil Baby received a total of almost $1 million in gifts from all his friends, including close friend Thugger.

This comes only a few years after Thugger reportedly paid Lil Baby’s way out of the hood, teaching him how lucrative rap could be. Surely this iced-out birthday will make Lil Baby hard-pressed to forget his success, as well as the generosity and kindness of friends like Young Thug.

Frequent collaborator and fellow Atlanta hitmaker Gunna had to get some love from Thug as well last year. Turning 27 back in June, a month after the release of his 2020 album “Wunna,” Gunna received his share of riches from friends as well, including a diamond watch from Roddy Ricch.

Young Thug, who appeared on Gunna’s new album on the tracks “FAR” and  “DOLLAZ ON MY HEAD,” blew everyone else out of the water with his generous gift: a brand new Rolls Royce Cullinan.

The car is a luxury SUV in black, with a chrome grill on the front. The interior is black with blue accents. As if this wasn’t enough, as a cherry-on-top, a sky-blue Louis Vuitton bag was placed in the back seat—perfect for carrying all of his new ice in.

Mere hours after leaving, Young Thug honored Rowdy Rebel with iced-out chains, saying later on an Instagram caption, “Rewards don’t come with keeping it real, but in this case, IT DOES. Charlamagne was right for once.”

An Homage to Loyalty and Respect

By “keeping it real,” Thug is referring to the loyalty and compassion he felt Rowdy embodied, for never ratting and for serving his time without putting others in jeopardy. That is why he is worthy of some iced-out jewelry for his triumphant return.

Rowdy Rebel had been in prison on charges of attempted murder, conspiracy, and reckless endangerment, among others. He pleaded guilty after being given a plea deal. His arrest, along with 13 affiliates, was the result of a raid done by the NYPD in 2014. His release from prison was praised by fellow rappers, old friends, and fans alike.

Rowdy Rebel showed his love back on social media, showing off his new chains on an Instagram video. For Young Thug, he said, “Love Forever bro.”

Clearly, Young Thug has a generous heart for all of his friends, family, and heroes. Whether it be to celebrate birthdays, honor a career, or express reverence to a fellow rapper, Thugger goes all out on his gifts. One thing’s for sure; they certainly are big enough to make headlines.

Already in January of this year, we have Young Thug expressing his reverence and gratitude to longtime friend T.I. They have had a vibrant past together, collaborating on songs like “Ring” and “About the Money,” and both hailing from Atlanta.

Thugger honored their friendship by gifting T.I. a rare custom watch, one of only 50 made in the entire world, all of which are owned by Young Thug himself. T.I. took to Instagram to share the gift with his fans, describing himself as speechless. This comes after Young Thug is heard saying he’s gonna give each one to everyone he loves.

When later asked about the gift, Young Thug has mentioned he plans to give one of the watches to Andre 3000 as well.

This is likely due to beef that broke out from a comment Young Thug had made about not really being aware of who Andre 3000 was and not ever listening to his music. Young Thug said this despite Andre 3000 being a rap giant (known from the group Outkast) from the same city as him. This came across as disrespectful. To clear the air, Young Thug is planning to give Andre 3000 a watch as a token of respect.

At the top of his game, it seems Young Thug still makes time in his life and space in his budget for generosity, especially when it comes to respecting the artists that rose before him, the artists that rose with him, and the friends and family who helped him get there. 2020 was a generous year for Young Thug, but 2021 may be even better.

5 things you should know about Young Thug | Seattle Times