How Many Houses Does Drake Have? 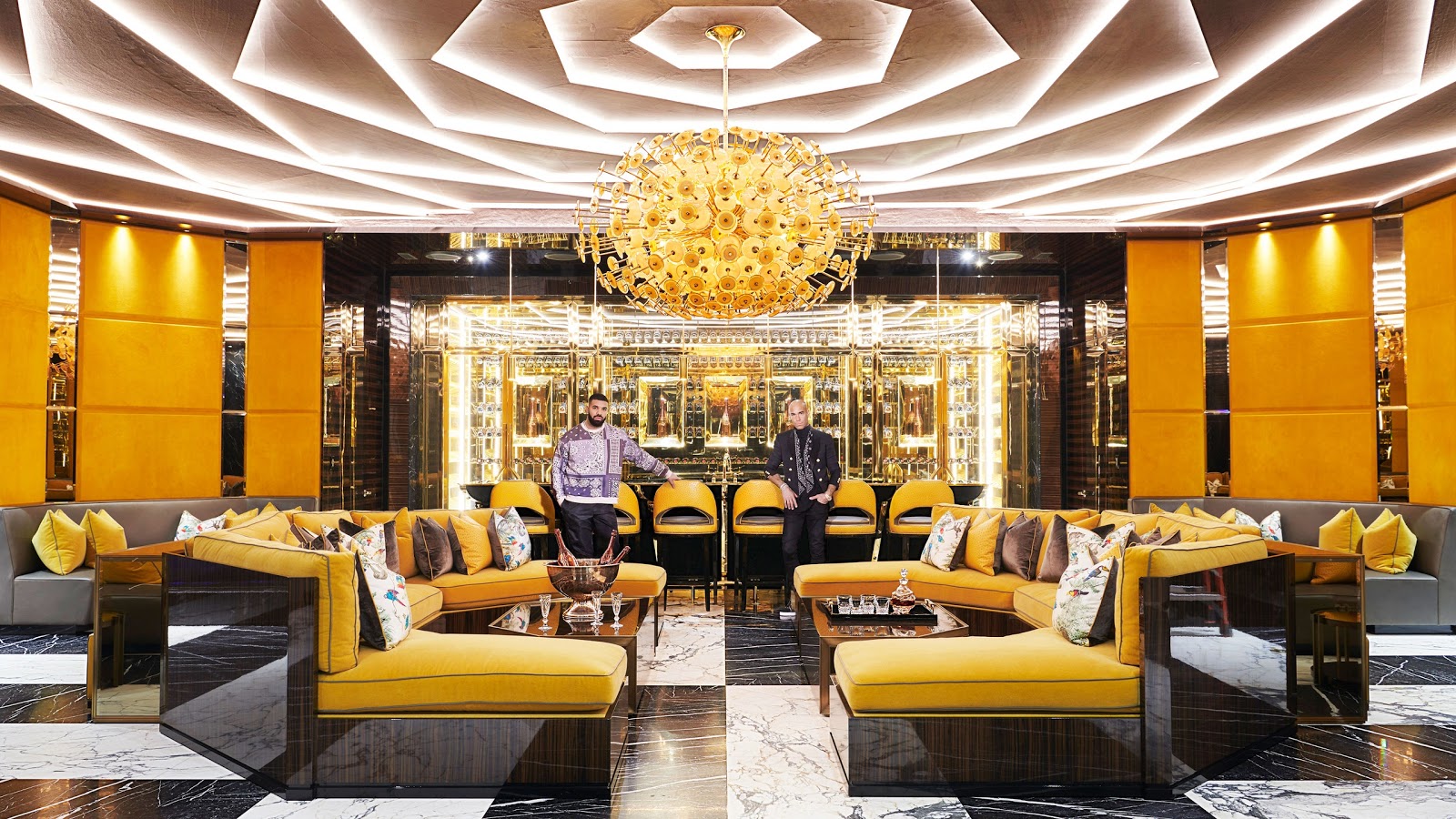 Home » Q and A » How Many Houses Does Drake Have?

Every hip-hop great, from Dr. Dre to Cardi B, has earned themself a decked-out, iced-out palace which the world can look at in awe of their growing stardom. But what about the often sensitive, more emotional, and wholesome rapper, Drake? Does this hip-hop king reside in his own castle? Well, you might be surprised to find out that one castle just won’t cut it with him. Drake’s real-estate kingdom, like his brand empire, is far-reaching, to say the least.

Drake, known sometimes as Drizzy,  has sold over 170 million records. He has earned a total of four Grammy Awards, three Juno Awards, six American Music Awards, and a whopping 27 Billboard Music Awards. With a trophy room like his, it’s no wonder Drake has remained hip-hop royalty. Certainly such notoriety demands a few palaces.

But just how much money does a record producer, rapper, and social media influencer of Drake’s fame and talent make? Enough for one house? Ten? Well, music isn’t the only thing pumping cash into this man’s wallet. To get closer to our answer, let’s take a quick look at Drake’s career.

An Entrepreneur: Drake’s Many Hats

Selling more digital singles than virtually anyone else in the game, Drake’s booming music and television career has earned him many opportunities to make his fortune. He’s had numerous brand deals with the likes of Burger King, Sprite, and Whataburger. In 2016, he was one of the largest celebrity earners in the US, raking in close to $95 million that year alone. He signed on with Nike and Air Jordan, producing the OVO Air Jordans, and also collaborated with Bathing Ape on a clothing line in 2020.

Since 2013, Drizzy has been the Global Ambassador for the Toronto Raptors basketball team. During the press conference announcing this, Drake was given the key to the city of Toronto.

In 2015, Drake became a figurehead for Apple’s music streaming platform, Apple Music. This deal was reported to be worth upwards of $19 million. The platform quickly gained nearly 10 million users in only the first 30 days.

Finally, as every fine celebrity should, Drake has a whiskey brand. Virginia Black is a bourbon-based whiskey created by Drizzy and launched in 2016. This company sold over 4,000 bottles in the first week.

So, it goes without saying that Drake, besides being a talented hip-hop star, is no small fish in the pond of business either.

Drake’s Empire: How Many Houses?

With a massive fortune piled up from brand deals, music videos, television shows, movie cameos, social media ads, chart-sweeping records, and everything else imaginable, Drake is able to reside in luxury and royal comfort across many borders. Remember, his net worth is reportedly upwards of $150 million. So by now, you must be wondering: just how many houses can Drake’s money buy?

Your answer? Four houses, and three are in LA. The other, a mighty palace, looms in grandeur over Toronto.

Named after his hit song The Motto, the Yolo Estate began in 2012, when Drake purchased a 12,500 square foot mansion in California’s Hidden Hills. This area, near Calabasas, has been home to the Kardashians and Kanye West, Justin Bieber, and many others. It has six bedrooms and ten bathrooms and sits on 3 acres of land. He bought it for $7.7 million from Saddle Ranch owner Larry Pollack.

While not as immediately grand as his Toronto palace, the Hidden Hills estate went for a more humble look with its exterior, as humble as a mansion can be. The house is modeled after the English-Tudor style, with big, ranch-like wooden beams and warm white and brown wood. A visitor is not immediately made to feel in the presence of royalty and may forget upon first arriving at the home that it contains a basketball court, tennis court, and even a 25-seat movie theater. His bedroom even contains a private-bookshelf entrance.

The mansion boasts a huge, luxurious pool, outlined by cave walls and including a man-made grotto with luminous water. It was allegedly built to rival Hugh Hefner’s famous Playboy pool. The pool is lined with statues of naked women, contains wet bars, flat-screen televisions, waterfalls, and an 80-foot slide.

On Drake’s property is also a horse stable fit for five horses. Not owning any actual breathing horses, Drake prefers his mechanical bull, also located within the mansion for his more ravenous party-going squad.

Buying Out the Neighbors

As if this was not enough, Drake bought two more houses in the exact same area. The houses of his neighbors, actually. Reportedly, Drake made a promise to his neighbors that should his parties get too wild, loud, or out of hand, he’ll buy their houses from them. And he did just that.

A few years following the purchase of the first estate, Drake bought the neighboring home for about $3 million and then later would buy the other neighbor’s 1950s ranch-style home for around $4.5 million. Together, these three buildings form the 6.7 acre Hidden Hills compound that has come to be known as Yolo Estate.

Finally, several years in the making, in the thick of one of Toronto’s most prestigious neighborhoods (Bridal Path), like a palace, stands Drake’s 19th-century limestone manor house, boasting 50,000 square feet.

Exotic woods frame shining marble, granite, and limestone walls, as extra-high fences protect the property. The front-gate opens to an austere black and white limestone courtyard. A masterpiece of bronze, the old fashioned home was revived by designer Ferris Rafauli, filled with gold chandeliers and couches, antique, bronze-framed mirrors, giant bronze, and gold beams, huge white kitchens, and everywhere the limestone floors and walls glitter amongst the trophies, statues, and other symbols of power.

A Limestone Monument to Success

Every room is grandiose, with intricate marble and stonework, and spotlessly clean. In one 44-foot high room stands a mighty, colorful, almost psychedelic concert grand piano, designed by Ferris Rafauli and Takashi Murakami. It overflows with colorful bubbles that reveal themselves to be skulls upon closer inspection. Standing over it is a chandelier originally meant for New York’s Metropolitan Opera.

Hiding amidst the bright and imperial halls, there is a small, tucked away lounge room, dark but with glittering stars on the ceiling and dimly glowing yellow stone among low couches. As daunting and powerful as some rooms may seem, there is plenty of space for comfort and letting loose. For instance, in his bedroom, a whiskey and champagne bar comes out from the bed’s headboard. Among other luxuries are a two-story closet and a 4,000-pound pure black marble tub.

Drake’s Palace Is an Athlete’s Dream

The manor contains many of the amenities one might expect from a rap star and celebrity icon, with none of the old-school hip-hop corniness of old pads. It combines old-world elegance with modern flair. It has an NBA professionally-sized basketball court over which looms a huge skylight. One can imagine Drake’s beloved Toronto Raptors practicing or just hanging out there.

It has an Olympic-sized, black granite swimming pool, a world-class recording studio with a 1970s flair, separate halls for both his entertainment awards and sports jerseys.

In many ways, Drake wanted this home to carry his legacy, to stand long after he has passed, and this mansion is one of the most elegant, empowering, empirical estates ever owned by a celebrity. Drake has built Toronto a palace likely to leave a historical mark long outliving Drake, but long preserving his legacy.

What is Drake’s net worth? How the rapper makes and spends his fortune | Business Insider