How Many Times Did Gucci Mane Say “Burr?” 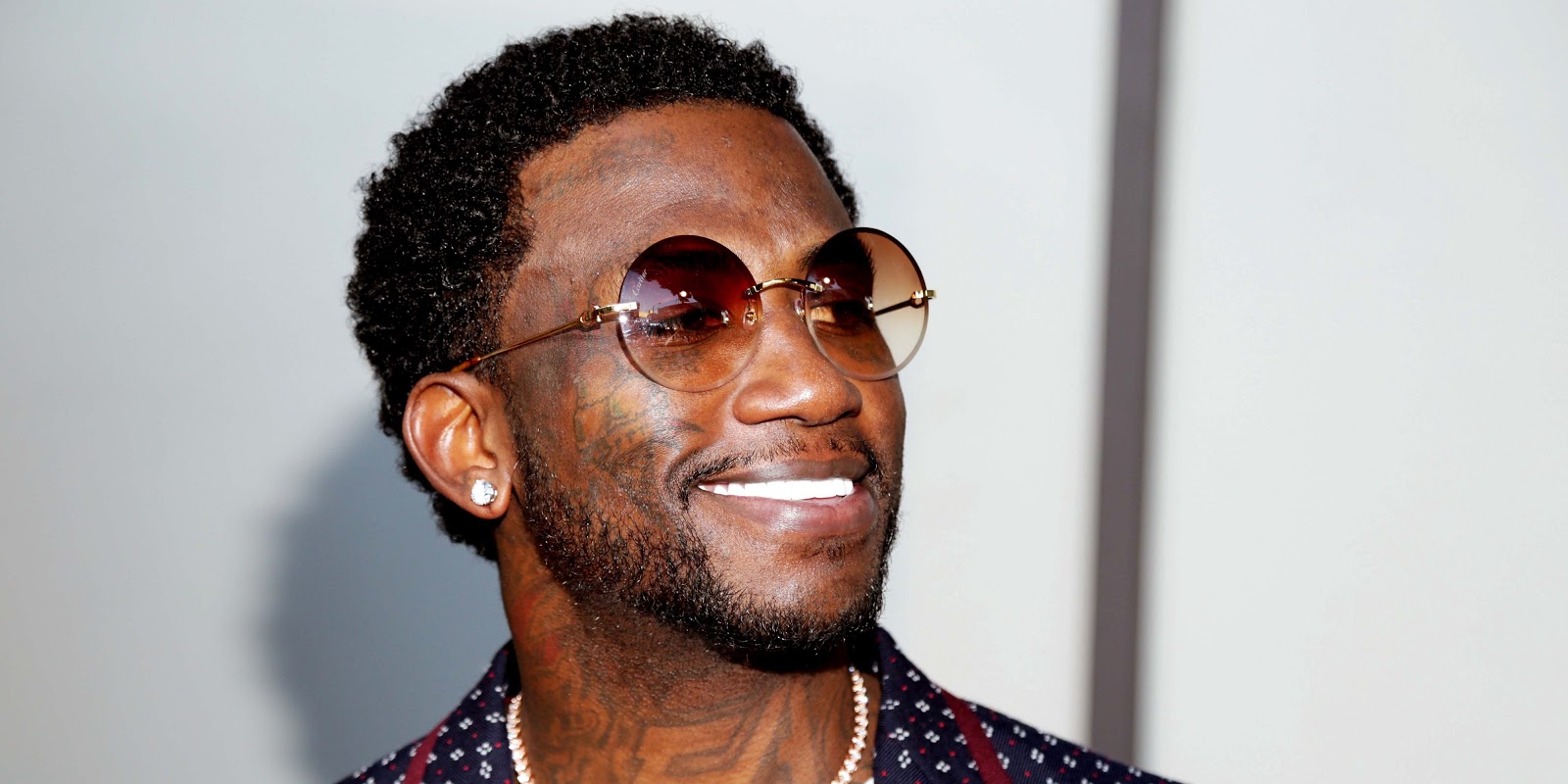 If there’s one word you can shout that ensures everyone knows you’re talking about Atlanta-based rapper Gucci Mane, it’s “Brrr!” From his singles sporting the same name to his Burrprint albums, the countless scattered references across his work, and his famous ice cream cone face tattoo, Gucci Mane has made “Brr” his one-word calling card.

From middle school dances to remixes at the club, “Brr” was the neverending refrain of 2011. Most listeners of Gucci Mane automatically recognize his 2011 single “Brr (ft. Yo Gotti and Soulja Boy)” with its iconic music video and seemingly endless supply of “brr’s.” However, listeners might not also realize that Gucci Mane followed up his OG track with a second track titled “Brrr (Supa Cold) as part of his Writings on the Wall II mixtape that dropped in 2015. Even more devoted fans might also realize that Gucci Mane produced the original “Brr” sample tracks for his 2009 mixtape Gangsta Grillz: The Movie (Part 2) which included the track “Burr.”

Additionally, Gucci Mane has continually made sure to drop “brr’s” and other icy references throughout his discography over the years. All of these references culminated in his notorious “Ice Cream Cone” face tattoo which the artist had done in 2011. Given the all-important status of the icy phrase in Gucci’s work, follow along as we give “Brr” its well-deserved breakdown throughout Gucci Mane’s career.

The Meaning of Brrr

The question that Gucci Mane receives all the time is why he incorporates “Brr” (and its close relative “Burr”) into all of his music and branding. The answer, of course, just comes down to the lyrics: “So much Ice, I should have brought my fur (brrr).” While explaining the artist’s face tattoo, Gucci’s publicist quipped, “[it’s] a reminder to his fans of how he chooses to live his life. Cool as ice. As in, ‘I’m so icy, I’ll make you go brrr.’”

Gucci Mane has stuck with this theme since day one with his debut 2005 album Trap House which launched his career containing the hit single “Icy” with fellow artist Young Jeezy. After this initial success, Gucci launched his record label under the name So Icey Entertainment. In this capacity, the rapper has seen years of success and prolific album drops. His outsize influence on the Atlanta rap scene extends to rappers such as Young Thug, 21 Savage, and the Migos.

For Gucci Mane, “Ice” represents his self-made success which means he’ll never stop telling his haters to go “Brrr” in the cold.

Speaking of haters, back in 2011, Gucci Mane notoriously shook the rap scene by revealing his newest tattoo: a multi-colored, lighting bolted, three-scoop ice cream cone inscribed with his trademark “brrr.” However, it wasn’t the design that caught the people off guard, rather it was the location: the right side of Gucci’s face, running, in all its glory, from the top of his eyebrow all the way to his chin.

The tattoo was met with a variety of reactions ranging from praise for his boldness to ridicule with former collaborator Young Jeezy even referencing it in a diss towards Gucci. Some fans even interpreted the three scoops of ice cream as a reference to the Illuminati.

While some major news outlets tried to pin the blame for the tattoo on Gucci Mane’s then-recent stint in a mental health facility, others pushed back and defended the rapper’s choice arguing that it represents the way he presents himself. As mentioned before, Gucci’s own publicist put the facial choice simply: “Cool as Ice.”

We would be remiss if we didn’t open the breakdown of “Brr’s” debut into the minds of every person under the age of twenty in 2011 with “Brr (ft. Yo Gotti and Soulja Boy).” The most memorable aspect of the track is obviously the sheer number of times Gucci Mane and his backup say the word “brr” with the total count coming in at a whopping 274 times for the entirety of the song.

The accompanying video to this memorable track produced by Boomtown Productions portrays Gucci Mane iced out with massive diamond-encrusted chains and bracelets. Hanging from Gucci’s neck is a diamond-covered camera, ice cream sundae, and (as Gucci’s diehard fans will immediately recognize) a “1017” pendant. The numbers 1017 currently play a prominent role in the rapper’s career as the new name of his production company 1017 Records (formerly 1017 Brick Squad).

Listeners of “Brr” can also pick up on a familiar refrain in the opening lines of Soulja Boy’s verse: “Soulja Boy off in this ho, I’m gon’ roll up all this dro…” sung to the tune of the artist’s trademark 2007 single “Crank That (Soulja Boy).” As the most recognizable hit of the early 2007’s, Soulja Boy’s incorporation of his iconic melodic line made this track all the more hype.

While “Brr (ft. Yo Gotti and Soulja Boy)” carried the phrase into the popular consciousness, Gucci Mane’s 2009 single “Burr” from the Drumma Boy-produced mixtape Gangsta Grillz: The Movie (Part 2) introduced the baseline track that the larger hit samples. In this original version of the song, listeners can hear the foundational call-and-response of “brrr” after each lyrical line.

“So much ice, I should have brought my fur (burr)

After the club, I might leave with her (burr)

Go tell your jewelry man to step it up (burr)

To drive home the meaning of “brr” to Gucci Mane, listeners don’t need to look any further than the last two lines of this single: “Wouldn’t believe what you can achieve, then just look at me / Hope my life a living testimony, Gucci.” With these lines, the rapper establishes that his success will speak for itself by making the world shiver.

Gucci’s most recent venture with the “Brr” sample comes in the form of the single “Brrr (Supa Cold)” on his 2015 mixtape Writings on the Wall II. In this track, the rapper utilizes the same call-and-response sample as in his previous two outings but with a more polished and rhythmically rolling melodic track this time. However, in their review, Pitchfork.com notes this usage adding, “The new sonic strategy works as a quick sleight of hand to distract from what could otherwise be some repetitive movement on a 70-minute rap record.”

To this end, while the production value on this new track shows the polished evolution of Gucci Mane’s sound, the lyrics–all centered on buying his girl nice things–don’t keep up the pace. At the end of the track, die-hard fans might appreciate the throwback to the rapper’s previous records, but will ultimately be disappointed by his lyrical lack of growth.

Ultimately, Gucci Mane and “Brrr!” go hand-in-hand. While some might ridicule the rapper for leaning too heavily on the phrase, no one can deny that he owns it entirely. Beyond the song lyrics alone, Gucci has made sure the phrase and its icy connotations have a place in every aspect of his art and business. It’s rare that artists keep themes like this going for so long, so fans will have to wait and see if Gucci Mane continues using the sample track or if he decides it’s run its course. In the meantime, Gucci’s track with Yo Gotti and Soulja Boy remains a hit that’s sure to get everyone hyped up and shouting “brrr” all 274 times.