How Many Times Did Lil Pump Say “Esskeetit?” 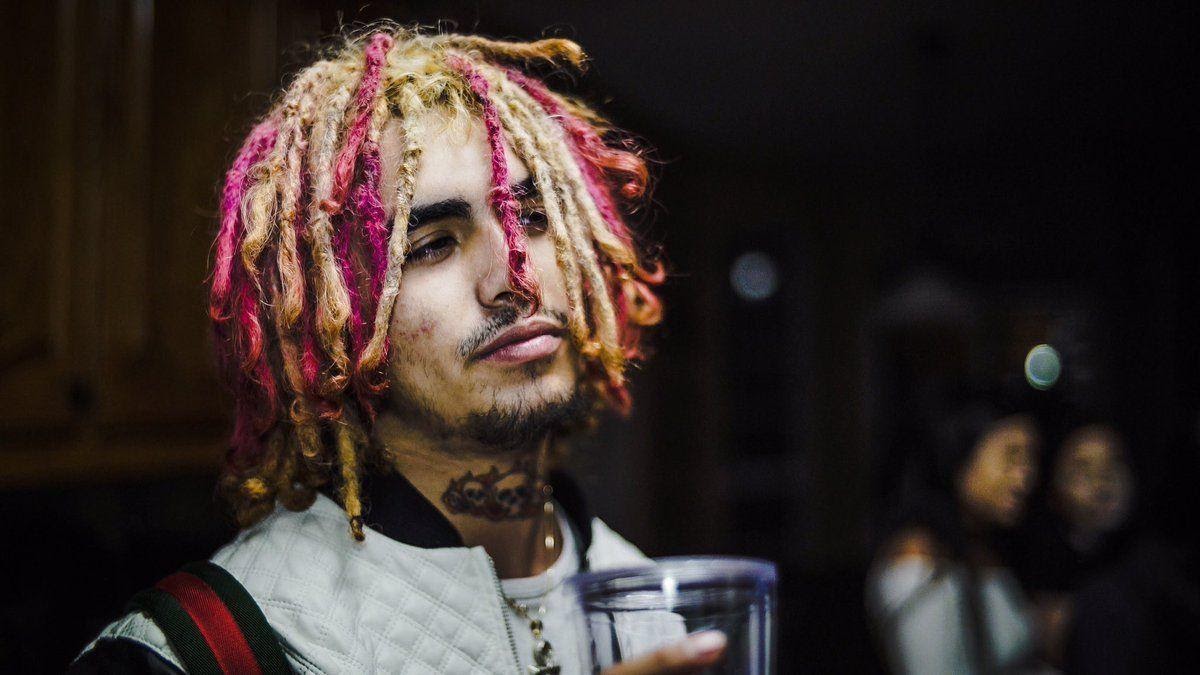 Home » Q and A » How Many Times Did Lil Pump Say “Esskeetit?”

If you ever hear a bunch of middle schoolers shouting the mumbled phrase “Esskeetit!” you can place all of the blame on Miami-based SoundCloud rapper Lil’ Pump. Born Gazzy Garcia in 2000, rapper Lil’ Pump shot to fame in 2017 with his Billboard number three single “Gucci Gang.” Since then, the rapper has released two full studio albums as well as a number of hit singles including “Arms Around You (ft. Maluma and Swae Lee),” “Welcome to the Party (from the Deadpool 2 soundtrack), and a major feature on Kanye West’s “I Love It.”

Known for his extreme youth and distinctive mumble, Lil’ Pump has managed to transform his catchphrase “Esskeetit” into a bonafide pop culture moment. The rapper managed to solidify the ascension of his now-trademark phrase in a hit 2018 single of the same name that broke its way up to number twenty-four on the Billboard Hot 100.

While Lil’ Pump seems to have hitched his fortunes to this phrase, the music world is waiting to see if he can maintain that same breakout star energy going into his sophomore albums and a  (hopefully) more mature phase of his music career. Follow along with us as we track the rise of “Esskeetit” in the music world and try to figure out what’s next for Lil’ Pump.

Simply put, “Esskeetit” is Lil’ Pump’s hyped-up, mumbled way of saying “Let’s get it.” More than this though, for Lil’ Pump, the phrase provides both a unique expression as well as a distinct identity that stands out in a field saturated with young SoundCloud artists always on the up-and-up. For a young artist like Lil’ Pump, the desire to seize every moment and to always be prepared to “get it” encapsulates the feeling of the generation.

Driving this point home, Ben Griffin, producer of the “Esskeetit” music video, describes the word as “[these] big Looney Toons letters…popping out of the screen with the exclamation mark.” In Lil’ Pump’s mind the phrase, although seemingly just mumbles, becomes a motto for those who feel the irrepressible need to make their name known in the world. Although the phrase might seem like a simple thing to latch on to, Lil’ Pump and his collaborator Smokepurpp have managed to spin “Esskeetit” into its own brand with a sold-out merch line and celebrity sponsorships.

The genesis of the song “Esskeetit” actually came from an impromptu recording session in Miami after Lil’ Pump and his coterie of producers ran out of song ideas for his second album, Harverd Dropout, and began creating beats on the fly. In a video interview with Genius, Lil’ Pump’s producer, CBMIX, describes the scene where he and Lil’ Pump decided on the rapper’s catchphrase as a track title and began producing a simple beat to capture it.

For “Esskeetit,” CBMIX built up a simple beat track of seven separate beats overlaid with Lil’ Pump’s unequalized vocal track in order to produce a raw sound that avoids sounding too polished or proper. The process finished up within one recording session with Lil’ Pump immediately teasing the new track in a short tweet.

While “Esskeetit” was an immediate hit for Lil’ Pump with a final Billboard Top 100 ranking of twenty-four and over 220 million Spotify streams as of February 2021, the song’s lyrics and relatively simple beat were rejected by critics as immature and lacking in any substance. Some reviewers negatively compared the record to Lil’ Pump’s previous major hit “Gucci Gang” as both tracks involve the rapper essentially repeating the same phrase for the duration.

Lyrically, “Esskeetit” was poorly received due to the rapper’s references to Xanax usage which was highly controversial due to his age (seventeen at the time). Although Lil’ Pump regularly courts criticism–even appearing to enjoy it at times–many felt he had crossed a line due to his status as a minor.

To highlight the absurdity and contrast of the lyrics with his age, Lil Pump’s scaled-back performance of “Esskeetit” on Jimmy Fallon’s The Tonight Show captured the essence of the track best with its Nickelodeon-esque purple-and-green set design complete with confetti and two backup dancers in purple inflatable suits. The lyrical depictions of a seventeen-year-old describing poppin’ Xans while ‘smashin’ women in a penthouse clashed noticeably with the popping colors and playfulness of the set design. The performance itself received a very lukewarm live reception with much of the audience refraining from applause.

Ultimately, as is typical of the SoundCloud / mumble rapper generations, the public reception of Lil’ Pump’s work mainly depends on whether or not each fan has accepted the artist as a whole. In the case of “Esskeetit” where Lil’ Pump uses the phrase thirty-five times, fans have to really love Lil’ Pump in order to accept the song.

The music video for “Esskeetit” soared to immediate popularity on YouTube with over five hundred million views as of February 2021. Resplendent with tornadoes of cash, bright yellow vespa scooters, a throne carved out of ice, strip poker, the destruction of a Rolls Royce, and live wolves, the “Esskeetit” video serves as a neon mood board for the *very* young artist’s vision of wealth and success. Also featured is an outrageous wardrobe that fully matches the incomprehensible vibes of the word Esskeetit.

An easter egg that only Lil’ Pump’s most devoted fans might notice (or even care about), is the misspelling of the sky written letters in the video. According to the video’s producer, Ben Griffin, the outsourced special effects company added an extra “k” to “Esskeetit” which went unnoticed by the production crew until after the video’s full release.

Ultimately, Lil’ Pump truly is a standard-bearer for the newest generation in rap and hip-hop: the ultra-young, SoundCloud scene where anyone has the chance to make a name for themselves. Given the huge playing field, only distinct and unique voices are rising to the top. By creating and latching on to his own catchphrase in “Esskeetit,” Lil’ Pump is ensuring his place in the pecking order of artists from the post-2000’s generation.

Hopefully, Lil’ Pump will “esskeetit” together in terms of his music and general wellbeing as a spate of botched interviews (due to clear drug usage) and the high profile deaths of several younger artists of his generation need to lead to a wake-up call for the “Gucci Gang” rapper. In 2020 alone, Lil’ Pump found himself banned from two separate countries for poor behavior in both in addition to admitting to several major drug addictions. In the wake of the fallout for other young artists in his generation such as Tekashi6x9, one can only hope Lil’ Pump will be able to avoid the pitfalls his contemporaries keep falling in.

Despite the seeming absurdity of Lil’ Pump’s catchphrase, the rapper should be proud of his achievement in turning a quirky phrase into a money-making, brand-building endeavor. Whenever the word “Esskeetit” gets shouted out or sent out on social media, all fingers point directly back at Lil’ Pump which is, in the end, exactly what he’s always wanted.