How Much Is Eminem Worth? 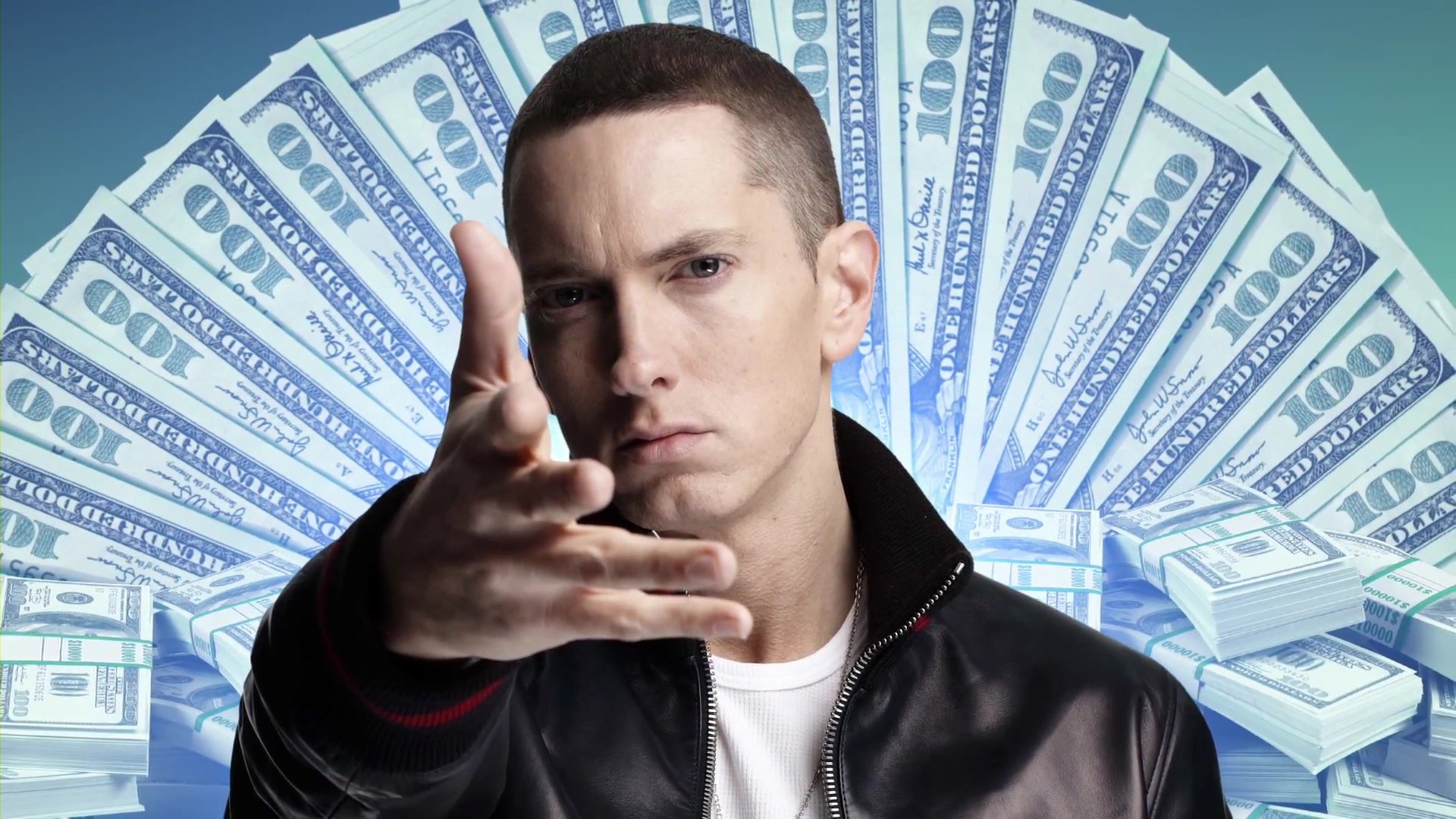 Home » Too Short » How Much Is Eminem Worth?

Eminem, aka Slim Shady, a popular Missouri-born rapper. Highly notorious and very influential, Eminem is one of the most well-known and respected rappers in the entertainment industry. He has sold millions and toured around the world—work which has made Eminem one of the richest rap artists in the world today.

Eminem, whose real name is Marshall Bruce Mathers, is a popular and successful American rapper. He is also an actor and record producer. Eminem was born on the 17th of October, 1972, in Missouri. So, he’s now 47 years old. He’s both a bestselling and highly controversial artist.

Many people say that Eminem popularized hip-hop and rap to Middle America. He broke racial barriers for being a white rapper. His first projects, in the 2000s, made him a controversial music figure. He represented the American underclass.

A Brief Overview of His Childhood

Eminem is an only child; his parents met while playing in a band and were together only for a short part of young Marshal Mather’s childhood before they eventually separated. The rapper’s father moved to California, where he had two other children. Later on, his mother also had another son.

Eminem’s childhood wasn’t an easy one, especially because he and his mother were moving from one house to another all the time. In Missouri alone, the artist lived in Savannah, St. Joseph, and Kansas City.

As a teenager, the rapper seemed happy, although he was a bit of a loner, and he even was bullied. One of his bullies injured Eminem in an assault. During those times, he was living in a Detroit neighborhood where the population was mostly African American.

So, he had a rough start in life, he was beaten multiple times by his peers, and his home life was anything but stable. Most likely, all these issues inspired him to write, and soon, he became very interested in storytelling.

His relationship with his mother was no picnic in the park either. The two fought a lot. According to people who knew her, she tended to be very suspicious and featured an almost paranoid personality.

After Eminem dropped out of high school at only 17 years old, he began working all kinds of jobs. It was his contribution to the household and in paying the bills. According to RapTV, some sources said that Debbie used to take her son’s paychecks and go to play bingo while Eminem was left at home. During those lonely hours, he listened to loud music and write songs.

How Many Albums Has Eminem Sold?

Eminem is one of the best and most successful rappers of all time. Throughout the 2000s, he was a bestselling artist. He sold millions of albums:

In the US, he received multiple certifications that are constant proof of his work and popularity:

Infinite is Eminem’s debut album, which he released in 1996, but only a thousand copies were sold at the time. In 1999, after signing with a different record company, Eminem launched the Slim Shady LP that gained four platinum certifications and occupied the second place on the Billboard 200.

That same year, Eminem co-founded the Shady Records label company, together with Paul Rosenberg. The artist’s third studio album that was released in 2000 was called The Marshall Mathers LP. This one was a huge success, with over 1.7 million copies sold during the first seven days since the launch.

Here are the other notable albums that Eminem created during the following years:

His latest album is “Music to Be Murdered By,” released in January 2020.

What Was Eminem’s Bestselling Album?

The artist’s most successful album was The Marshal Mathers LP, which was launched in 2000, and it was Eminem’s 3rd music album. It was highly popular, although it was also surrounded by plenty of controversies. This album was recorded in only two months, with Dr. Dre. The songs’ lyrics are deep and kind of hardcore here and there.

Some of the songs even display both horrorcore and hardcore messages. Some people perceived them as too violent, misogynistic, and even homophobic. Others praised the artist for his emotional depth that was shown in this album.

In 2020, Eminem’s net worth has reached $230 million. He is one of the wealthiest rappers on the globe. According to RapTV, unlike many other rap artists, Eminem’s wealth is directly linked to his music. Besides his musical success through his many commercial albums that sold millions of copies, he has also gained a lot of money from his acting career.

He starred in the movie 8 Mile, which has won an Oscar for one of its plays that can be heard during the film. That was the first time that a rap song was awarded an Oscar. After completing this project, the artist took a 4-year break to recover from his pill addiction.

He made a pretty decent comeback in 2008 when he seemed fully recovered. A second comeback occurred in 2017, after another period of extended silence.

How Many Houses Does Eminem Have?

The rapper wanted to stay close to the place he grew up. In 2000, he purchased a house in Clinton Township, Michigan, for $1.5 million. This is the artist’s primary residence. He also owned a second house, which was a mansion located in Detroit’s Rochester Hills area.

This second mansion was purchased by Eminem in 2003, and its price was $4.75 million. In the summer of 2017, the singer listed the house for almost $2 million. The estate was sold in just one month, but it’s safe to say that he lost a lot of money on this deal.

Where Does Eminem Live?

The house from Detroit served as his occasional getaway, but he spends most of his time at his home in Michigan. Every single bedroom of this mansion is a suite. It was designed with entertainment in mind because it features a waterfall pool, a tennis court, a spa area, a guest house, a game room, and an entertainment cabana.

How Is Net Worth Calculated?

Net worth results when you subtract all liabilities from one’s assets. Assets are those things of value that a person owns, such as houses, cars, saving accounts, etc. while liabilities represent obligations that consume monetary resources.

Who Are the Top Selling Rappers of All Time?

There are many talented rappers out there. Here are some of the wealthiest and most popular rap artists of all time:

Eminem is a successful and popular rapper who knew exactly how to overcome his personal and professional struggles to win the public’s hearts and attention. He released a lot of great albums, and most of his projects were very profitable. Through his songs, he speaks his truth, which is what makes him so liked by his fans.